Here are three reasons to be worried:

The most worrying sector of the US economy is housing. Sales of new and existing homes have been struggling for a while. Price rises are also moderating as well after rising at a quick pace in several sought-after cities.

Yet the most disturbing figure is more surprising: mortgage applications hit the lowest levels since the year 2000. Interest  rates  on mortgages have reached the highs last seen in 2010, and this can explain part of the phenomenon.  One of America’s largest banks, Wells Fargo, showed a 22% YoY drop in its Residential Mortgage Applications.

Investment in the housing sector also dropped for three consecutive quarters. Also here, higher interest rates and high housing prices are part of the blame, but also the shortage in immigrant labor, higher costs due to the tariffs and other factors are in play.

2) Tax cuts do not trigger an investment, nor growth boom

The Trump Administration’s major legislative achievement has been reducing taxes. The tax cuts came hand in hand with increased spending. We already know that the budget deficit ballooned as a result, so the tax cuts do not pay for themselves. What about the impact on growth?

Various estimates put the contribution to annual GDP growth at 0.6-0.8% in 2018. However, this is probably a temporary effect with the input expected to fade to 0.3% in 2019 according to the Peterson Institute’s Jason Furman and Karen Dynan.

Moreover, the  National Association of Business Economics (NABE) surveyed 116 businesses and reported that just 12% said they would increase investment as a result of the tax cuts.

The duties that the US slapped on China and other trade partners are part of the growth story but also a reason to be worried. Soybean sales surged just before the duties came into effect, but these inventories may be depleted without replenishing them afterward. Q3 growth figures included an outsized contribution from inventory growth.

The Fed may awaken, and the USD may drop

The world’s most powerful central bank has been quite optimistic about the economy so far. Fed Chair Jerome Powell’s post-decision press conferences started with the words “the economy is doing very well.” But despite the rosy glasses and the hawkish tilt of the current composition of the Fed, it is also data-dependent.

Powell is set to preside over a rate hike in December, the fourth such move in 2018. According to the latest dot-plot, three more increases are due in 2019. Goldman Sachs sees even more increases next year.

But if the underlying data continues sending warning signals, officials at the  Eccles Building may have second thoughts. 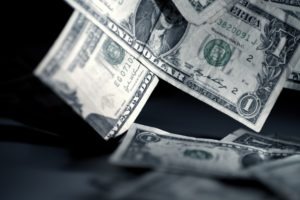 USD/CAD Technical Analysis: Setting up for a retest of 1.3160 level ahead of FOMC

The US economy enjoyed two consecutive quarters of upbeat growth. However, three areas are a cause of growing concern. The Federal Reserve remains hawkish but could react sooner or later. Here are three reasons to be worried: 1) More worrying housing indicators The most worrying sector of the US economy is housing. Sales of new and existing homes have been struggling for a while. Price rises are also moderating as well after rising at a quick pace in several sought-after cities. Yet the most disturbing figure is more surprising: mortgage applications hit the lowest levels since the year 2000. Interest…