3 things to look out for in the Fed Meeting Minutes

The Federal Reserve will release its Meeting Minutes on Wednesday, May 23rd. The release documents the May 2nd decision in which the Fed  left the interest rate unchanged  at a range of 1.50% to 1.75% as expected.  The accompanying statement did contain some interesting tidbits  and the longer paper may shed some light on them.

The biggest change that Fed Chair Jerome Powell and his colleagues made was the introduction of the word “symmetric” to describing the inflation target. As inflation has been low for a long time, analysts perceived the word symmetric as implying a tolerance of higher inflation. If the central bank allows inflation to heat up a bit more, the pace of rate rises would be slower, thus weighing on the US Dollar.

The minutes may disclose  the thinking behind the new wording. If it is just a balanced message that the Fed will strive to keep prices stable around 2% per year, it is no news and the US Dollar could continue rising. But if they will indeed tolerate an accelerated level of price rises and refrain from quick hikes, the greenback could suffer.

2) The outlook has not improved, but has it worsened?

Back then, the Fed also dropped the phrase saying that the outlook has improved. Why did they do that? The minutes could show the discussion behind it. If it was just a response to the weaker data in Q1, then everything is OK.

The first estimate of GDP was published just before the meeting. But if members are worried about a worsening in the economy, it could weigh on the Dollar. Many economies have suffered a soft patch in Q1 with expectations for a recovery in Q2. Markets would like to know if this is materializing.

Last but not least, any hint about a June hike will be closely watched. At the moment, the odds of the Fed raising rates in June is above 90% according to bond markets. Fed officials are well aware of market expectations. If they just say something along the lines of “continue with the gradual path of rate hikes”, this will be enough to confirm the current bias and support the US Dollar. Yet if the Fed is uncertain, they could use the document to lower market expectations.

It is important to note that the FOMC Meeting Minutes is not a dry protocol of what was said at the rate decision meeting. The document is revised and edited until the very last moment before its release. The Fed uses the event to send a message.

All in all, the US Dollar remains well-positioned ahead of the event. The greenback is backed by a central bank that is tightening which is different from the ultra-loose BOJ, the hesitant BOE, and the worried ECB.

No news is good news for the USD.

More:  EUR/USD cliff is close, could be a free-fall if it breaks “” Confluence Detector 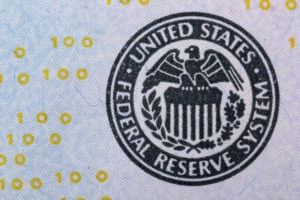 The FOMC Meeting Minutes from the May decision will shed some light on the Fed's thinking.   The usage of the word "symmetric" in regards to the Fed's inflation target will come under specific scrutiny and two other points are important to watch. The US Dollar is poised to remain bid unless the Fed sends a message of not hiking in June. The Federal Reserve will release its Meeting Minutes on Wednesday, May 23rd. The release documents the May 2nd decision in which the Fed  left the interest rate unchanged  at a range of 1.50% to 1.75% as expected.  The…