Home » A massive task for Monti

A massive task for Monti

It is remarkable how a dose of financial torture can concentrate the mind. There was more relief in Rome on Friday and again over the weekend, with Mario Monti being sworn in to head a new technical government. His challenge will not be one of an appreciation of the issues and the policies that Italy now requires, but instead to galvanise the Italian electorate and politicians into accepting the massive adjustments involved in reversing the country’s sinking economic and financial fortunes.

Monti’s confirmation by parliament may come as soon as this week, with Silvio Berlusconi’s People of Liberty Party expected to support his appointment. The senate has moved quickly to pass a budget law which will accelerate both austerity and reform and EU and ECB inspectors were in Rome last week checking on progress. The 10yr Italian yield is down another 10bp this morning at 6.33% – in the middle of last week, as Italy stared into the fiscal precipice, the 10yr yield reached almost 7.5%. Although the optimism is somewhat understandable, Monti’s task is immense. The world waits with baited breath.

Gold and EMU break-up.   Even though the break-up of the eurozone in its current form really entered mainstream debate only last week, gold is just marginally higher, which to some may look curious. On one level, this should be set against the 3.5% rise in the dollar seen since the lows of the end of October, which ordinarily would have dragged the gold price lower due to valuation effects. In the wider view however, the implications for gold from a partial break-up of the eurozone are far from clear-cut. For the ‘outs’, there would certainly be inflationary effects from a euro exit. There would be substantial exchange rate-devaluations, which would not only be inflationary but would also allow the economies to recover faster than would otherwise be the case. There is of course the risk that inflation becomes so rampant that it counteracts the competitive kick from the exchange rate-devaluations, but that’s another issue.   Set against this are the implications for the remaining rump of the eurozone. Leaving aside the question of which nations this may comprise, one of the major dangers is that we see the euro appreciate on the back of the potential exit of the smaller countries. Given that the ‘outs’ are, on balance, likely to be smaller in GDP terms than the ‘ins’, the deflationary impact may well dominate. But again, looking at the wider view, it’s what happens to real interest rates that will likely dominate the gold reaction. Our measure of global real rates is nearly at zero, reflecting the rally in bonds (pushing down yields) and relatively low inflation which would have to move into negative territory for gold to continue to push higher and for past correlations to be maintained (lower real interest rates pushing gold higher). All in all, it’s not a done deal that gold will gain from a fracture of the single currency and from a loss of faith in paper currencies.

Greece’s new leader.   It seems that Europe’s highly-indebted southern members believe that only economists can steer their beleaguered economies to safer ground. Italy has anointed Mario Monti, and now Greece has opted to give the reins to Lucas Papademos, former vice-president of the ECB. The immediate challenge for the new unity government is to obtain acceptance of the austerity measures agreed to with Greece’s creditors by the previous administration. Very simply, without this agreement neither the EU nor the IMF will feel able to release the next tranche of bailout money, worth EUR 8bn, required by mid-December, or Greece will run out of money.   Papademos is a very brave man because the task facing him is enormous. In August, the unemployment rate jumped two percentage points to 18.4% and youth unemployment is rapidly approaching 50%. The EU now expects that Greece’s debt mountain will climb to 198% of GDP next year, although these estimates make no allowances for the debt haircuts which private bondholders are likely to agree to ‘voluntarily’. The economy is tanking – surely it cannot remain within the euro for too much longer. 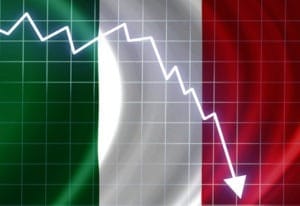 It is remarkable how a dose of financial torture can concentrate the mind. There was more relief in Rome on Friday and again over the weekend, with Mario Monti being sworn in to head a new technical government. His challenge will not be one of an appreciation of the issues and the policies that Italy now requires, but instead to galvanise the Italian electorate and politicians into accepting the massive adjustments involved in reversing the country's sinking economic and financial fortunes. Monti's confirmation by parliament may come as soon as this week, with Silvio Berlusconi's People of Liberty Party expected…