Latest
You are at:Home»FXStreet News»A “rudimentary rocket” fired into the Green Zone near the U.S. Embassy in Baghdad – Sky News

The United States State Department has confirmed that a “rudimentary rocket” has been fired into the Green Zone near the U.S. Embassy in Baghdad, Iraq, according to Sky News. 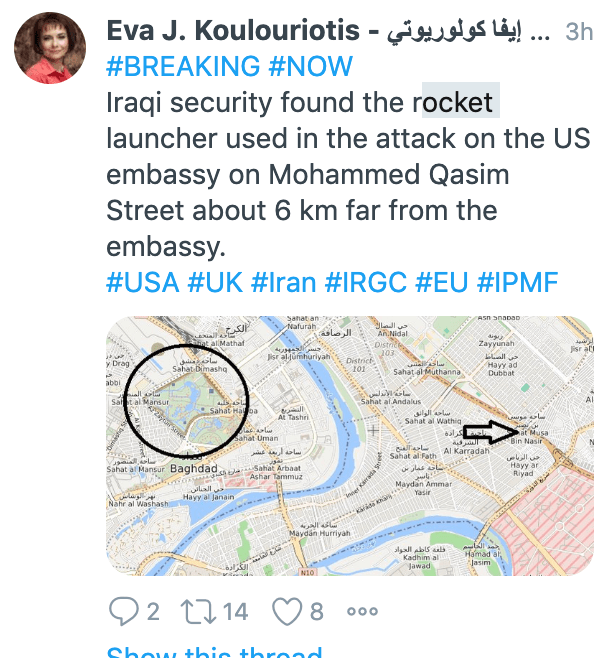 Get the 5 most predictable currency pairs
Previous ArticleNZD/USD: Little positive around 0.6530 due to optimism at largest customer
Next Article USD/CAD on the bids near 1.3450 as WTI benefits from US-Iran tension, OPEC+ meeting