Home » AAVE, MKR, and YFI are mooning, here’s where these DeFi tokens are heading next

AAVE, MKR, and YFI are mooning, here’s where these DeFi tokens are heading next

The DeFi sector is booming again with practically all top 100 currencies in the green in the past week. Aave is leading the way, hitting a $6 billion market capitalization with Maker trying to follow its steps at $3.3 billion, a new all-time high. Yearn.Finance is also on the verge of establishing a new all-time high.

On the daily chart, Aave price broke out of a symmetrical triangle pattern on April 14. The pattern has a long-term price target of $600, which would represent a new all-time high for the digital asset. 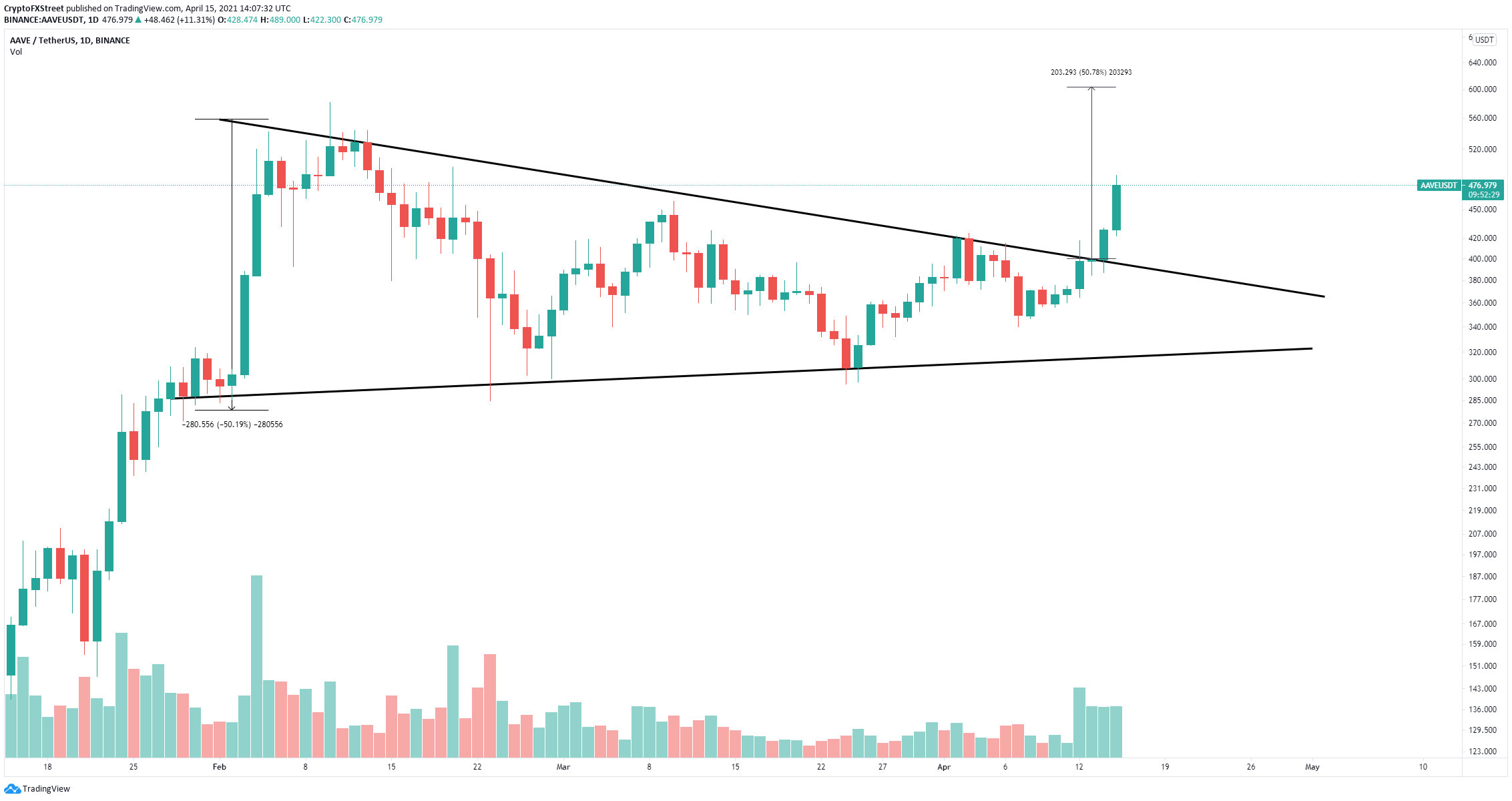 According to the In/Out of the Money Around Price (IOMAP) chart, AAVE bulls face no critical resistance levels ahead which indicates that the digital asset could quickly reach the psychological level at $500 and the price target of $600 eventually.

However, at the same time, the IOMAP model shows no clear support below until the area between $405 and $420 where 2,510 addresses purchased 2.5 million AAVE coins.

On the 12-hour chart, the TD Sequential indicator has presented a sell signal which can drive Aave price down to $420, according to the IOMAP chart. 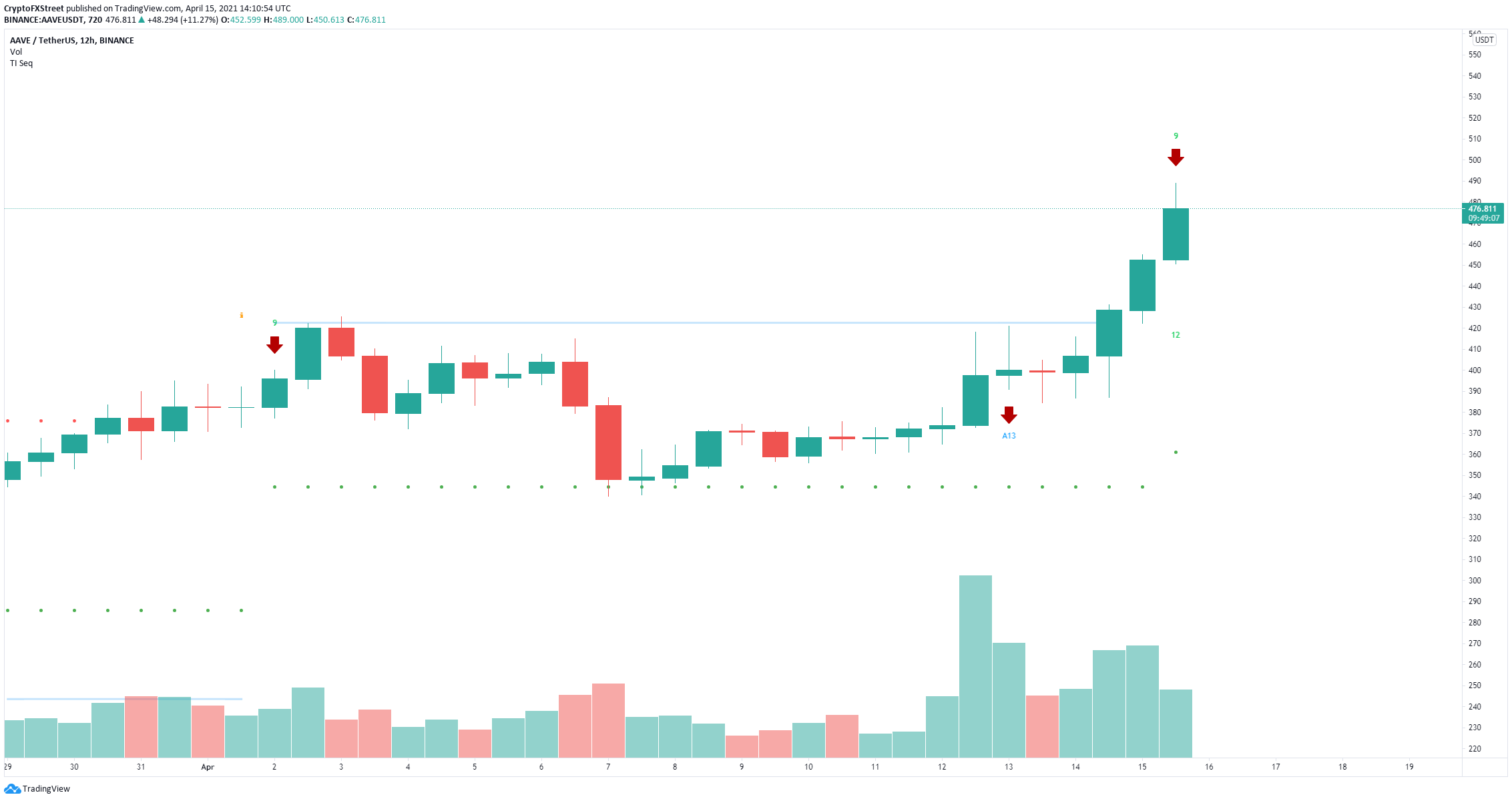 Maker price just established a new all-time high at $3,425. However, several on-chain metrics show the digital asset might be poised for a significant correction.

The number of whales holding between 10,000 and 100,000 MKR coins has steeply dropped from 20 on March 8 to only 14 currently, which indicates large holders are exiting their positions and taking profits.

Additionally, the MVRV ratio (30d), which shows the average profit or loss of MKR tokens moved in the last 30 days, has climbed to 43% which is close to the danger zone of 50%. In the past several months, this indicator has accurately predicted significant correction periods for Maker.

A correction for Maker would most likely push the digital asset down to $3,067 at the 78.6% Fibonacci retracement level. A loss of this key support point can drive MKR down to $2,786 at the 61.8% level.

On the other hand, another breakout above the previous all-time high has the potential to drive Maker price toward $3,820 at the 123.6% Fibonacci level. 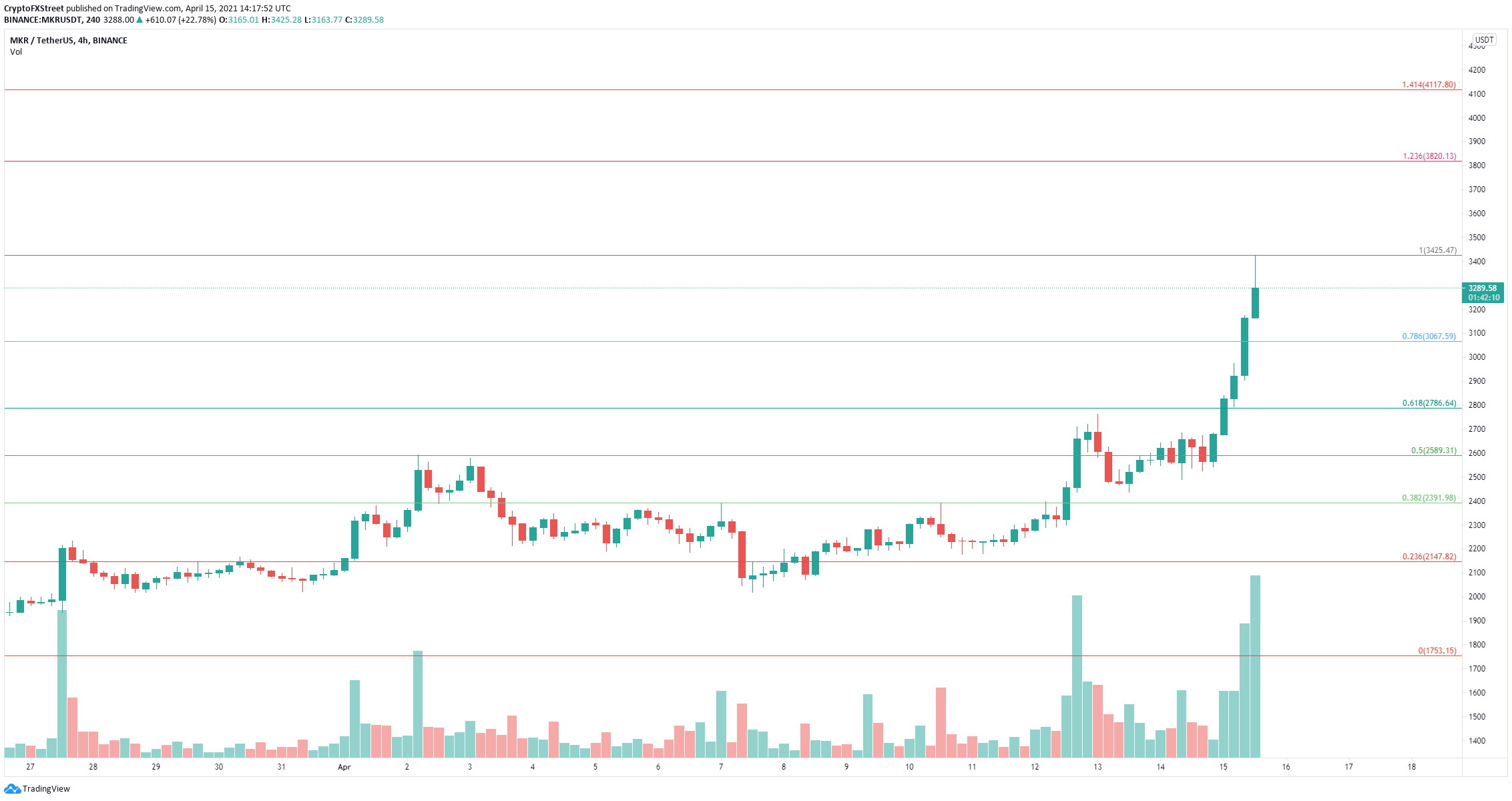 On February 12, Yearn.Finance established its all-time high of $52,880. In the past 12 hours the digital asset hit $52,880 exactly forming a potential double top. However, a clear breakout above this point should drive YFI to new highs. 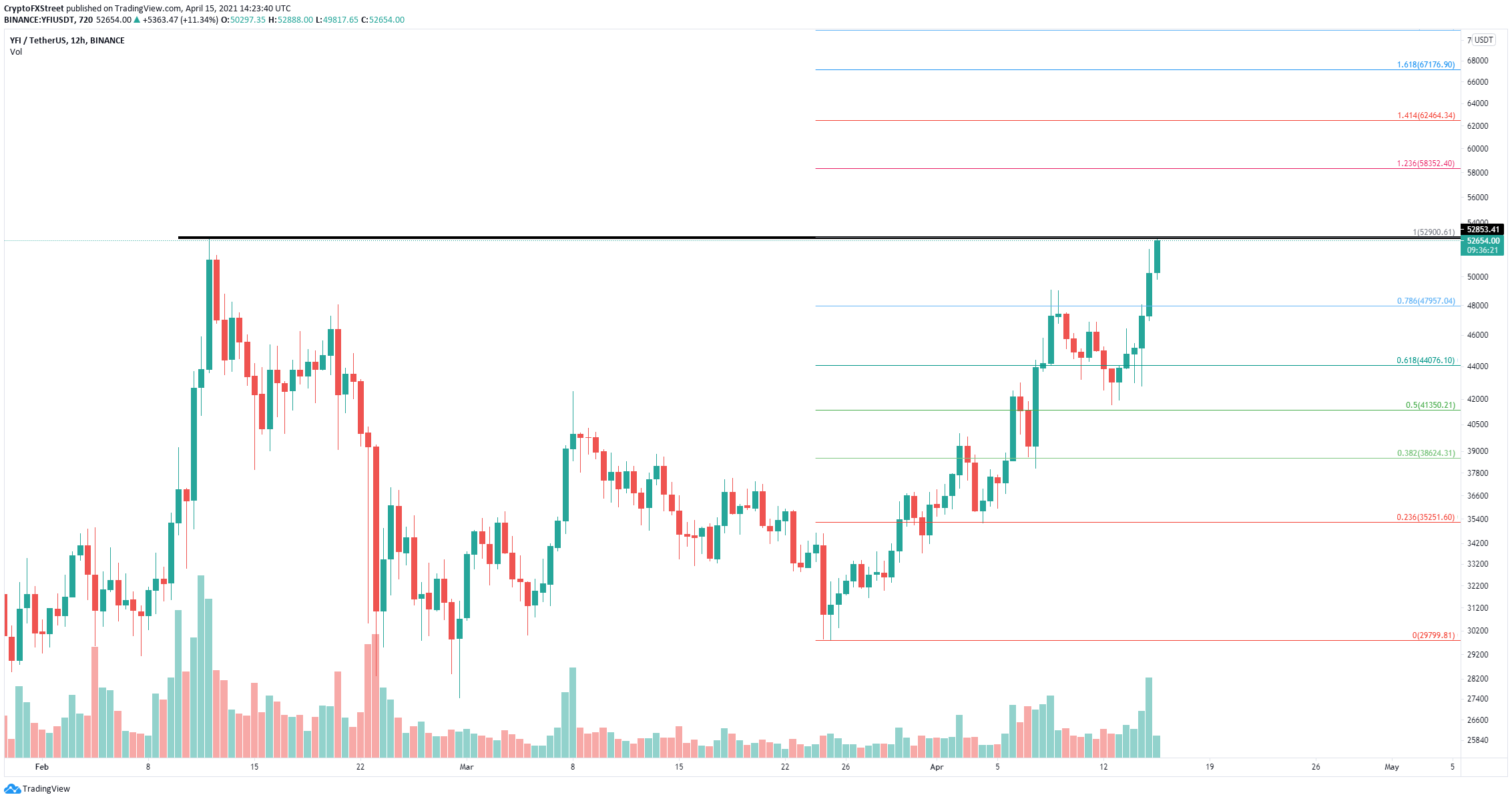 On the other hand, there is a lot of selling pressure in the short-term for YFI. the MVRV (7d) has hit 13% which has proven to be a risk level where Yearn.Finance usually experiences a correction.

Additionally, the number of whales holding between 100 and 1,000 coins continues to drop. Since the beginning of March, this number has dropped from 62 to 46, indicating that whales are profit-taking and do not believe YFI can climb higher.

So it seems that YFI faces significant selling pressure and could perhaps drop to $48,000 at the 78.6% Fibonacci Retracement level as a healthy correction.