Aave enjoyed the third-highest increase in total value locked (TVL) in the top ten of the DeFi Pulse rankings. 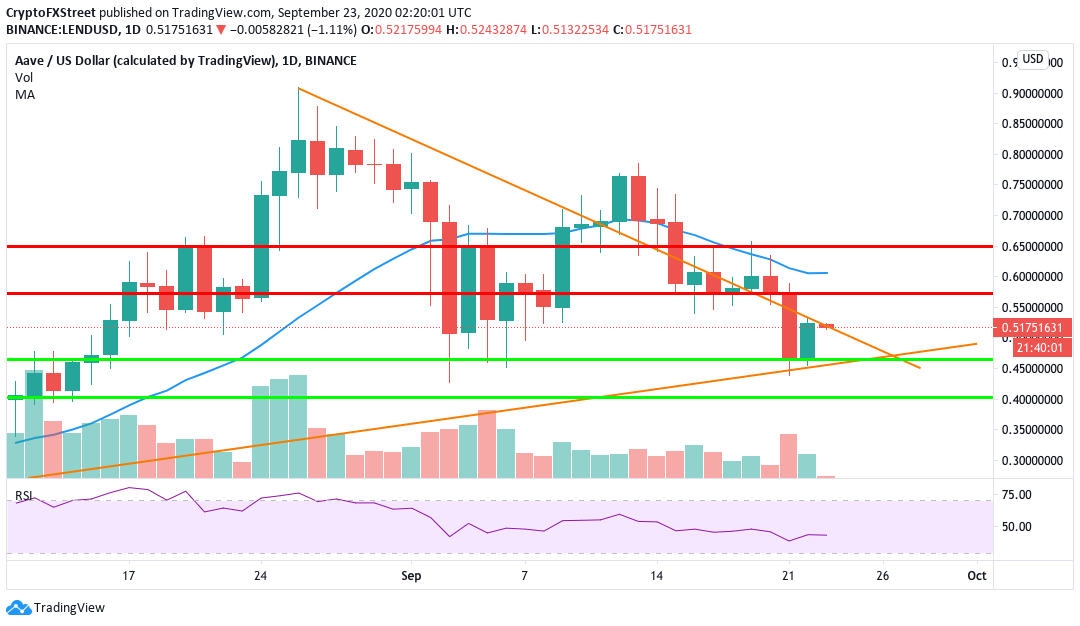 Over the last nine days, LEND/USD has been jumping in and out of the symmetrical triangle formation. So far this Wednesday, the price has failed to cross the downward trending line and has rebounded back down. To look at the possible price movements, let’s look at IntoTheBlock’s “In/Out of the Money Around Price” (IOMAP) model.

LEND is presently sitting below a moderate-to-strong resistance wall at $0.525. In this level, the 3000 addresses have bought around 71M LEND. It doesn’t look like the price currently has the momentum needed to break this level. Plus, even if they do, they seem to lack the force required to break past strong resistance at $0.53. 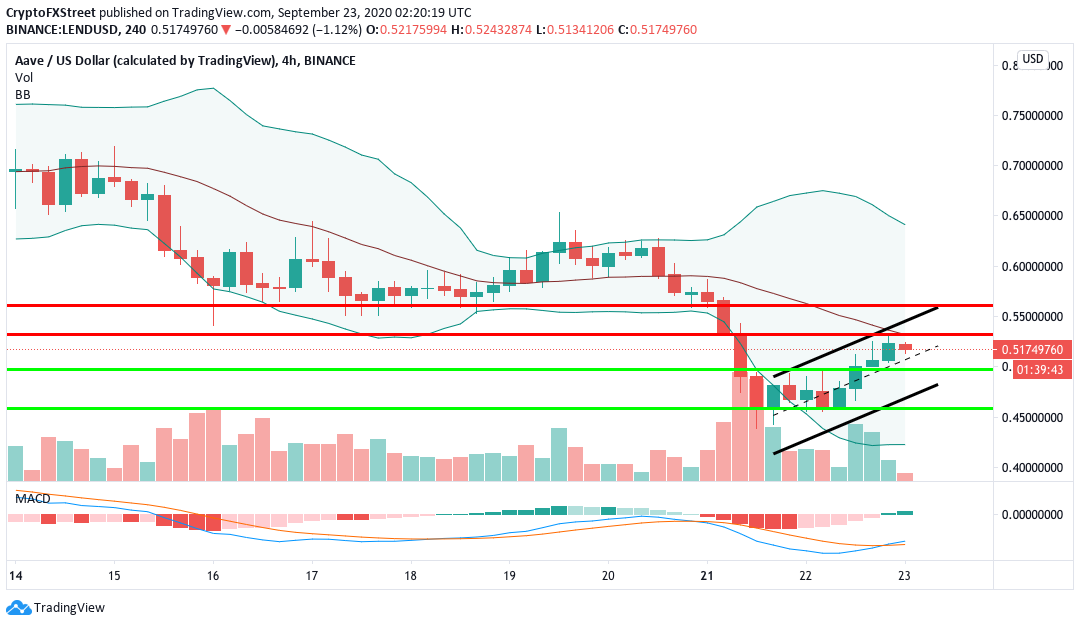 LEND’s 4-hour chart is presently trending in a bearish flag formation. If the price doesn’t manage to break above the SMA 20 curve, it will drop down to $0.47 to fall below the flag formation. The 20-Bollinger Band is squeezing in this timeframe. Many technical analysts view squeezes as stagnation periods that are usually succeeded by notable price movements. The longer the squeeze, the more violent the breakout that follows.

The holder distribution chart shows us that there has been an increase in the number of people holding 1M-10M COMP tokens. This is a good sign since this means that more people are looking to interact with the DeFi platform.

After that, you must check out the whale distribution. Since September 9, the amount of COMP tokens held by whales has gone up from 580.25M to 613.70M, as of press time. This is also a positive sign for the protocol.