Algorand Price Forecast: ALGO needs to slice through this crucial level for 33% upswing

The Algorand price is on the verge of confirming a bullish pattern that could reverse its trend.

The Algorand price is on an upward trend since the 20% crash on February 23, forming an inverse head-and-shoulders pattern. ALGO set up a lower low on March 25, which created the head, while the swing lows on either side are known as shoulders.

These swing lows have hit a dead-end around the inclined resistance barrier, forming the setup’s neckline. A breach of $1.54 signals a breakout and projects a 33% upswing, determined by adding the depth between the head and the neckline.

While ALGO spiked through this crucial level at the time of writing, aggressive sellers have pushed the price lower. Hence, a decisive close above this level is a must for a bull rally.

In case of a breakout, the ALGO price will face a stiff resistance barrier at $1.68, the breakout line set up by the Momentum Reversal Indicator (MRI).

Slicing through this level will propel the Algorand price to the intended target at $2.06. 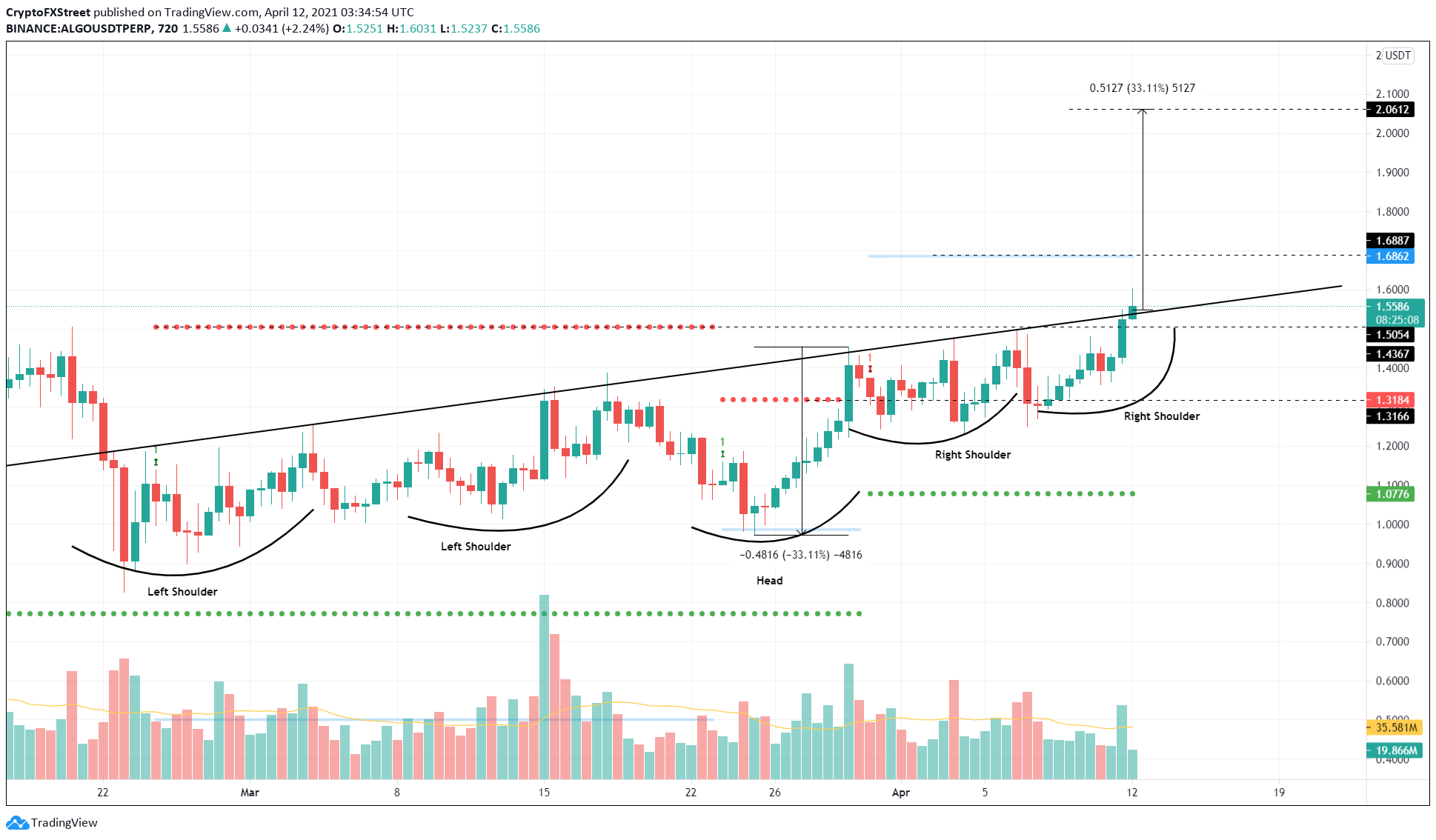 It could spell disaster for the ALGO price if the sellers break down the immediate support barrier at $1.50. In such a case, a 12.5% descent to $1.31 seems likely.

If the Algorand price stays below this area for an extended period, it will invalidate the bullish thesis. An increase in selling pressure here might result in an 18% drop to the MRI’s State Trend Support at $1.08.