Latest
You are at:Home»FXStreet News»AUD/USD Price Analysis: Bulls take a brief pause ahead of YTD tops, NFP in focus

The AUD/USD pair struggled to find acceptance above the key 0.70 psychological mark and has now retreated around 40 pips from five-month tops set earlier this Friday. The pair stalled its recent strong bullish trajectory just ahead of yearly tops, around the 0.7030 region, which should now act as a key pivotal point for short-term traders.

Overbought conditions on short-term charts seemed to be the only factor prompting some profit-taking ahead of Friday’s release of the closely watched US monthly jobs report. However, the fact that the pair this week confirmed a near-term bullish break through the very important 200-day SMA, the bias remains firmly in favour of bullish traders.

Hence, any meaningful pullback might still be seen as a buying opportunity near the 0.6900 mark. This, in turn, should help limit the downside near the 0.6880 horizontal support. That said, a convincing breakthrough, leading to a subsequent weakness below mid-0.6800s might prompt some long-unwinding trade and accelerate the slide further towards the 0.6800 mark.

On the flip side, momentum above the 0.7000 mark might continue to confront a stiff resistance near the 0.7020-30 region, which if cleared might be seen as a fresh trigger for bulls. The pair might then aim to test July 2019 swing highs resistance, around the 0.7080 region, before eventually eyeing a move beyond the 0.7100 round-figure mark. 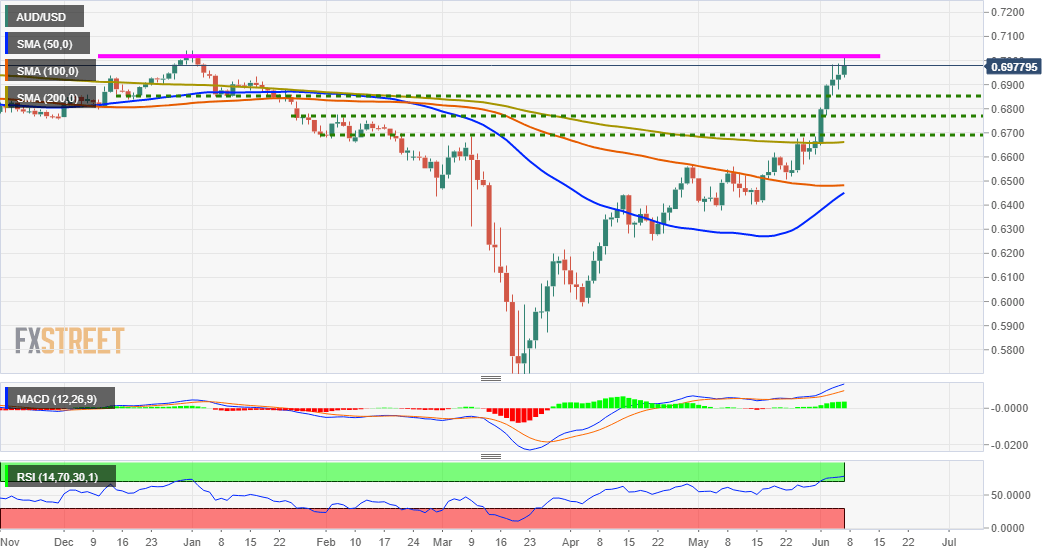