Latest
You are at:Home»AUD/USD Daily»AUD/USD June 06– Aussie Closes at 3 Week High Against

Here’s a quick update on technicals, fundamentals and community trends. 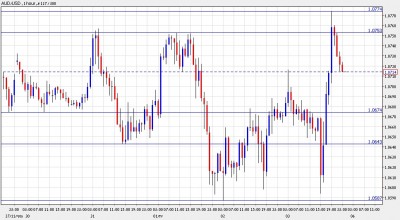 For the major events due later in the week, see the AUD/USD forecast.

Currensee Community: 0% are short, 0% are long. 0 open positions in real accounts trading this pair at the moment.