Home » Bitcoin bears wake up in September, and here’s why

Bitcoin bears wake up in September, and here’s why

Sell in May and go away, they say on Wall Street where some stocks have seasonal fluctuations and tend to underperform from May till October. In the cryptocurrency market, ill fame goes to September, which is considered to be always red.

However, let’s have a closer look at the charts to see if there is such a thing as September’s effect on the cryptocurrency markets and how come this month got its bearish reputation.

The charts have a story to tell

Bitcoin (BTC) has been moving inside the range limited by $12,000 and 9,800 in September. While the month is not over yet, the price of the pioneer digital asset has lost over 10% in the last three weeks. The price has lost all August gains and returned to the range that was dominant for most of the summer. 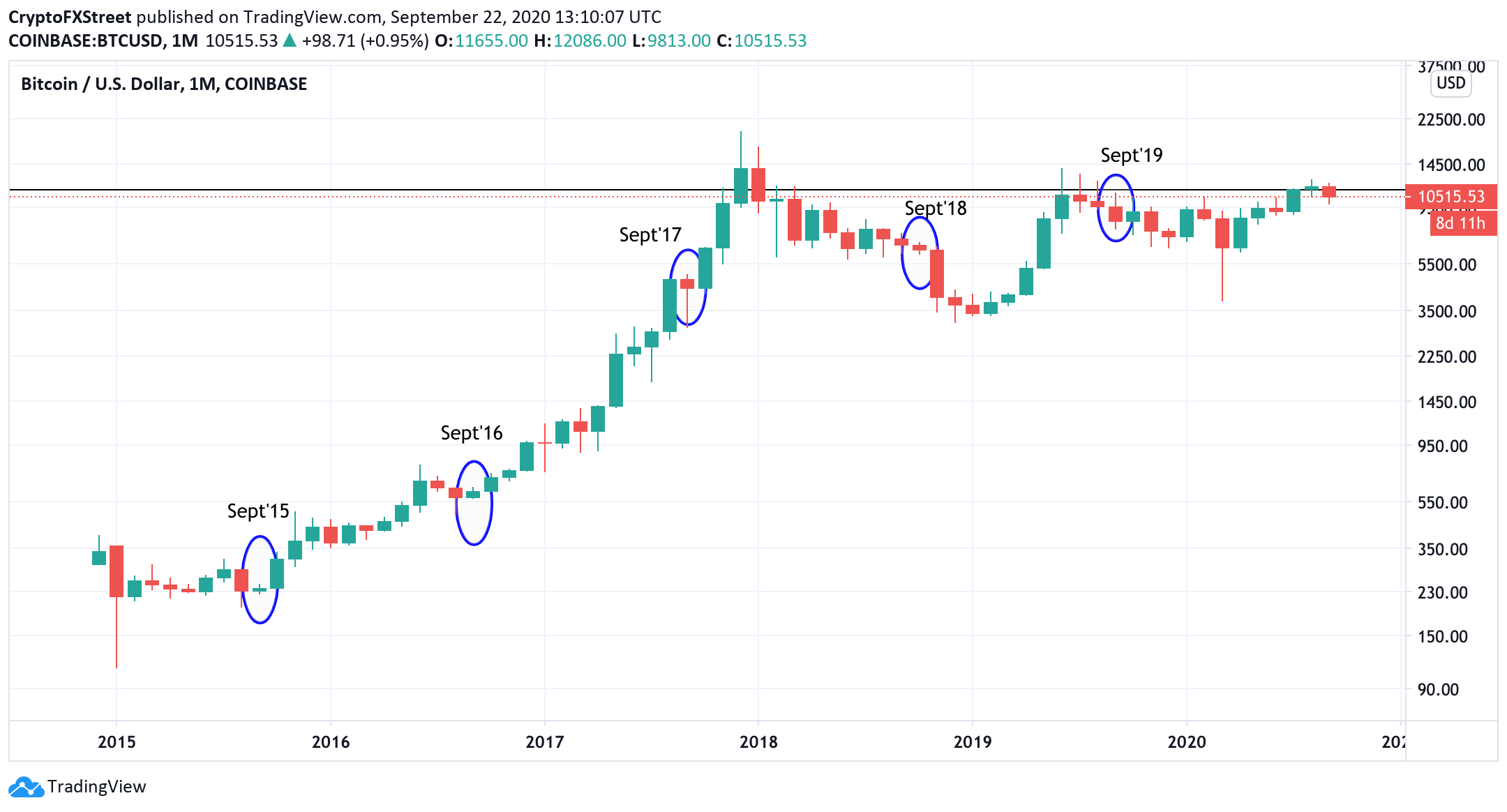 As the chart above shows, in three instances out of five from 2015, Bitcoin lost ground in September. (We do not take September 2020 into account as it is not finished yet.)

Also, note that in 2018 the actual sharp sell-off started in October after a mostly range-bound September. The bearish candle of September 2017 broke a long streak of green bars, while in 2019, it was a part of a long-term decline the peak reached in June. In other words, there is no crystalized trend as of yet, that might be used as an argument for the long-term price expectations.

According to the data compiled by Arcane research, the leading digital coin decreased 9%, 6%, and 14% in September from 2017 to 2019; however, statistically, it is not enough to make clear-cut conclusions about Bitcoin’s seasonality. On the other hand, the data from 2015 and 2016 may be less relevant due to the much lower Bitcoin’s popularity and small trading volumes.

Where does this September bear tale come from?

Now let’s move to the fundamental aspect of the theory. Three factors may contribute to Bitcoin’s decline in September. First, people may tend to cash out from their cryptocurrency holdings to finance their post-summer needs. Also, the first autumn month often coincides with a new school year. Moreover, it is the last month of the fiscal year in the US that may lead to additional tax expenses.

Second, on the financial markets, September marks the end of the summer lull. Increased volatility on the global markets may take its toll on digital assets that tend to behave like risky assets and decline in periods of high turbulence and uncertainty.

Meanwhile, September 2020 sell-off is intensified by post-pandemic effects. As Arcane research shows, the stock market was down across the board due to economic slowdown. Bitcoin performed even better than the indices. 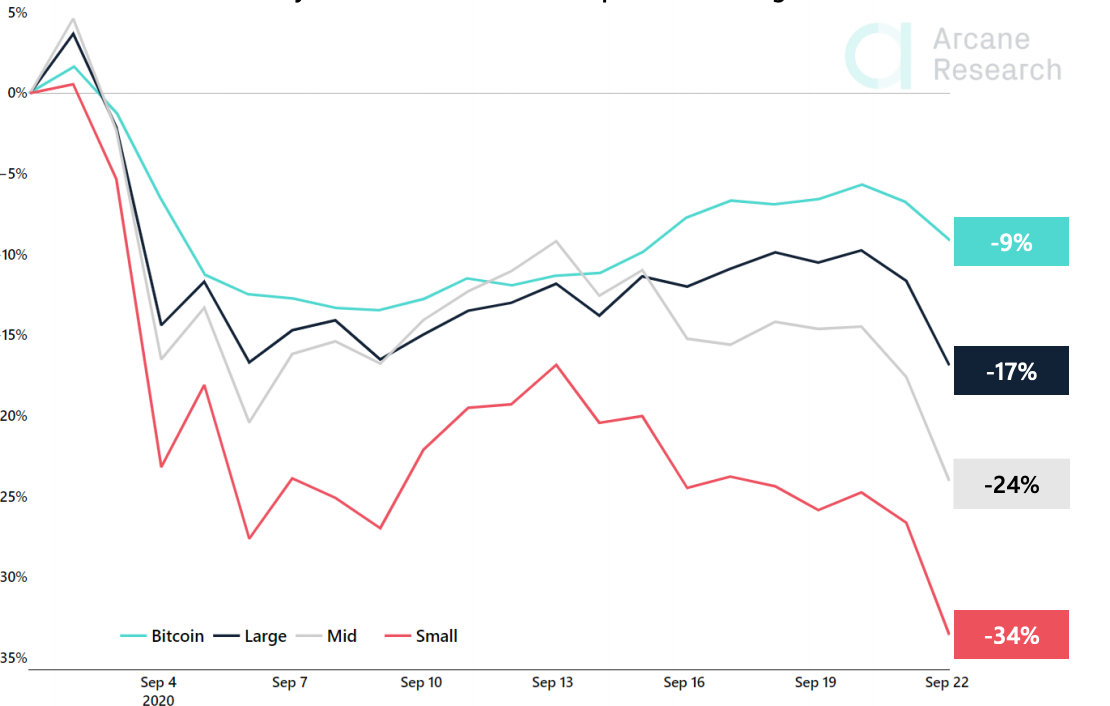 This time won’t be different

From the technical perspective, if bulls don’t launch a massive counterstrike in the nearest week, September 2020 will reinforce the September effect theory. As we reported earlier this month, the experts from the cryptocurrency exchange Kraken pointed out that September may become the worst month of the year for BTC and result in a significant sell-off towards $9,000 by the end of the month.

Our analysis confirmed this view that implies a deeper sell-off towards $9,000 before another strong bullish wave.

What is the September effect, and why it hurts? Statistically, the September sell-off is yet to be confirmed. Global market conditions may cause selling pressure. The current technical picture confirms the bearish potential of the month. Sell in May and go away, they say on Wall Street where some stocks have seasonal fluctuations and tend to underperform from May till October. In the cryptocurrency market, ill fame goes to September, which is considered to be always red. However, let's have a closer look at the charts to see if there is such a thing as September's effect on the cryptocurrency…