As previously reported by FXStreet, Bitcoin Cash is on the verge of a hard fork as the protocol readies itself to split between BCH ABC and BCHN. As per Coin Dance, it looks like the majority of the miners are heavily favoring the BCHN protocol. It seems like 73% or 731 blocks out of the last 1,000 was mined using BCHN. 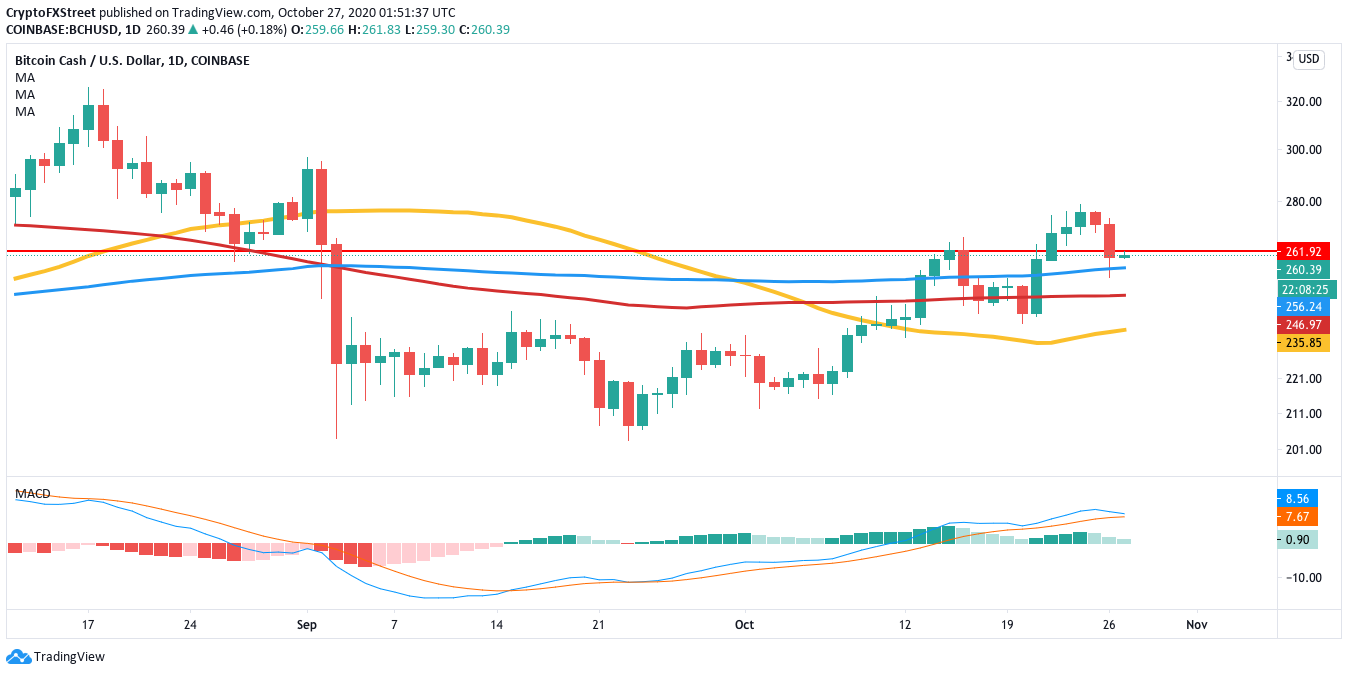 The daily confluence detector shows that the price faces an immediate resistance stack between $261 and $262, which stops any further movement. The strongest support lies at the 200-day SMA ($247). So, even if the price breaks below the 100-day SMA, the downside is capped at $247. 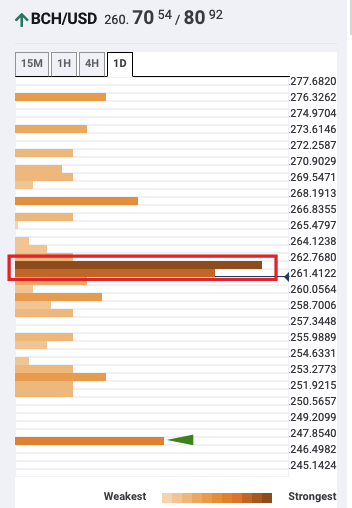 The 3-day chart adds further credence to our bearish outlook. As you can see, the price has flashed the sell signal in the TD sequential indicator. In this time frame, the downside seems to be at the 50-bar SMA ($250).

The Flipside: Do the bulls have any hope?

The encouraging sign for BCH investors should be the fact that the whales seem to be religiously buying the dump. The number of addresses holding 10,000-100,000 tokens rose from 164 on October 25 to 168 on October 27. While this jump may not seem that significant, keep in mind that these addresses are holding hundreds of thousands to millions of dollars worth of BCH.

The bears will attempt to push BCH down to the 200-day SMA ($247), which provides strong enough support to prevent any further downturn.

For the buyers, they will need to flip the $261-$262 resistance barrier to support. Following that, they will be able to take the price up to $275.