Bitcoin Price Analysis: BTC poised for small correction before a major run to $15,000

Bitcoin’s average daily trading volume is at $24.3 billion, while its market share settled at 61.2%.

BTC/USD bears are ready to strike back

The TD Sequential indicator presented a sell signal on the daily chart in the form of a green nine candlestick. This bearish formation implies that the upcoming selling pressure may push it for one to four daily candlesticks with the first aim at $12,000. However, considering the strong long-term fundamentals, BTC may resume the recovery after a short-lived correction. 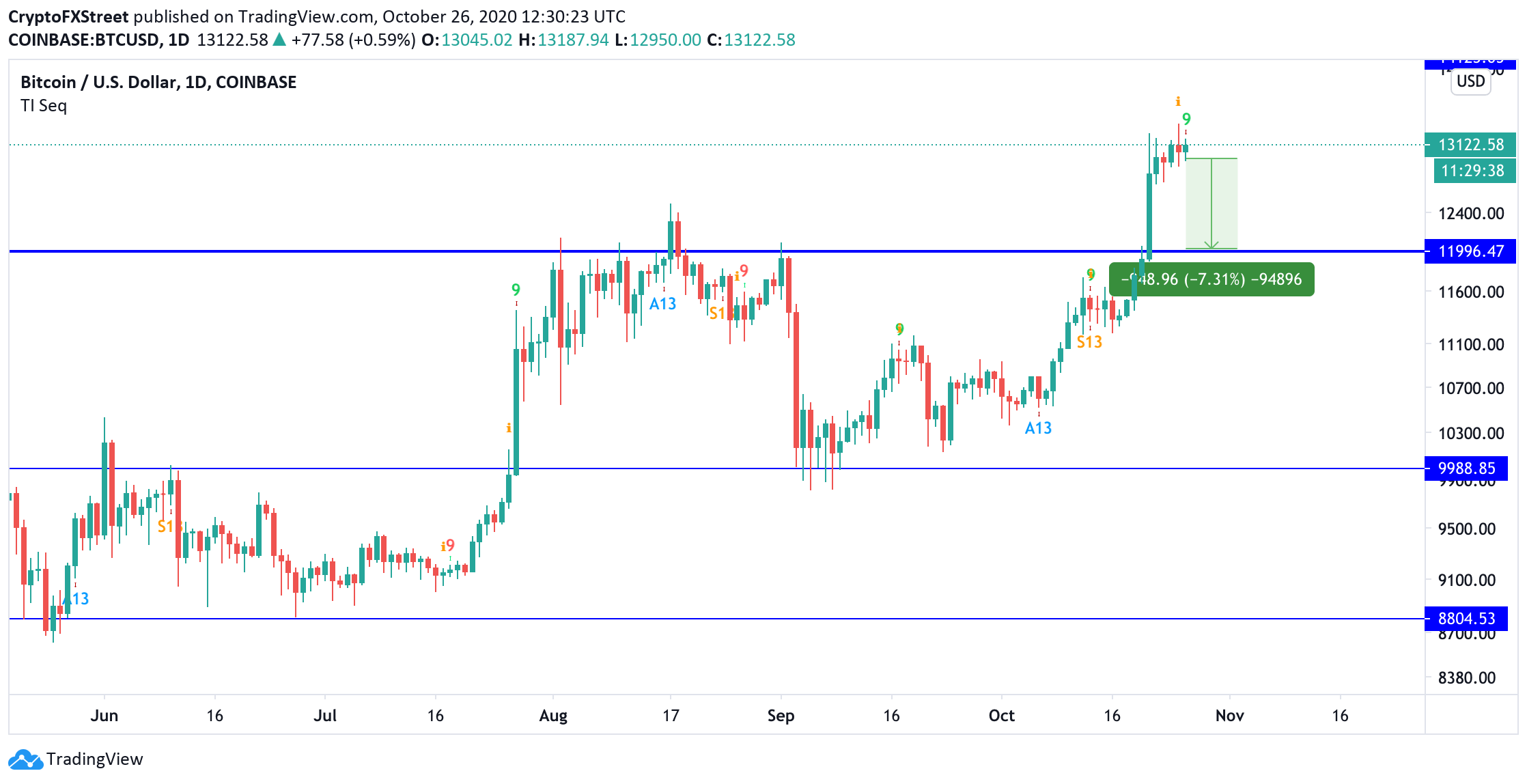 On the four-hour chart, BTC/USD is moving within the narrowing Bollinger Bands. A prolonged period of low trading activity implies that high volatility is underway as the squeeze of the Bollinger Bands and a stagnation period is usually considered as a precursor of large price movements. 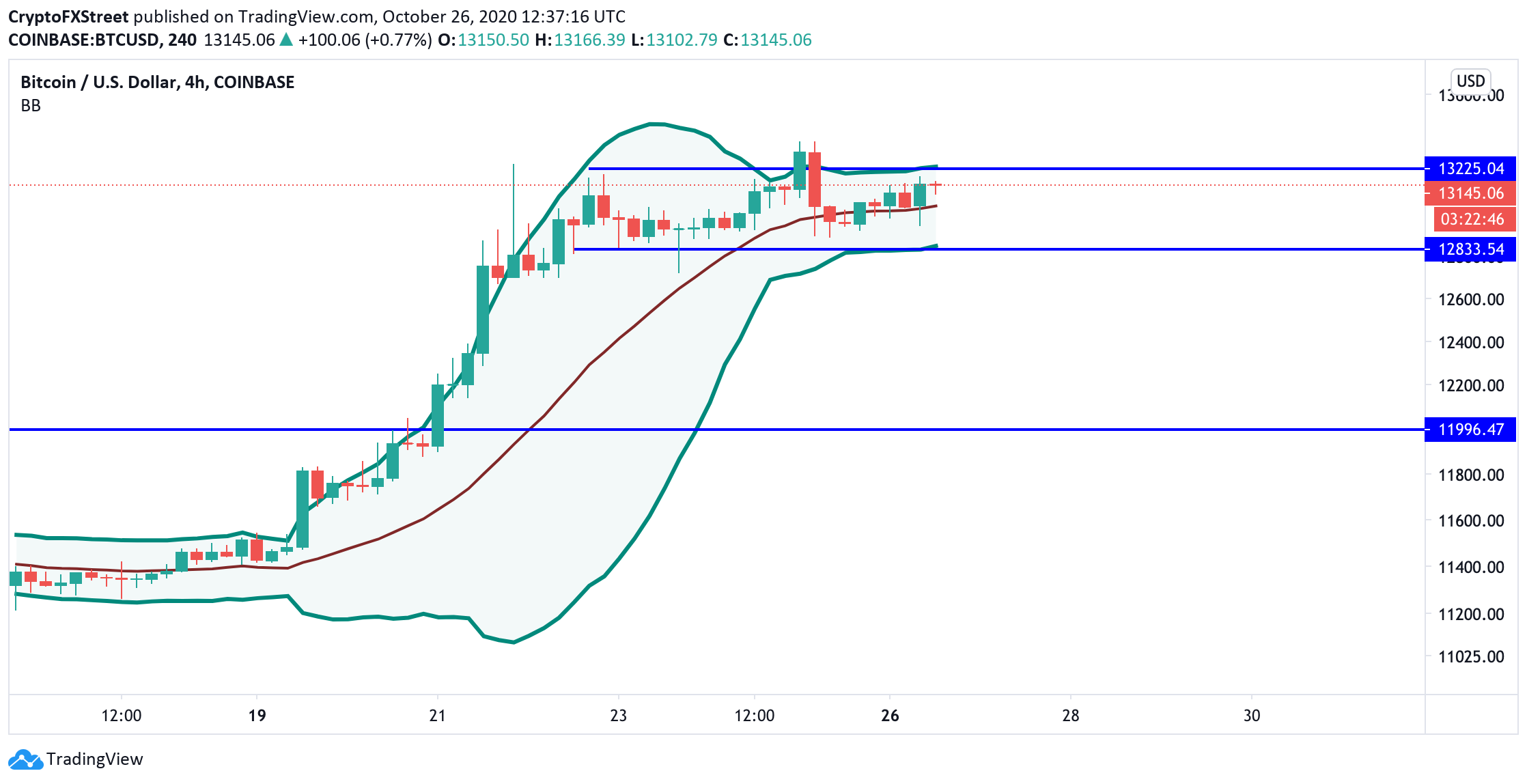 The In and Out of the Money Positioning (IOMP) data confirm that there is strong support between the current price and $12,750 as over 1 million addresses holding over 800k coins have their breakeven point there. The next big cluster of addresses is registered on approach to $12,000, which is in line with the technical picture.

Meanwhile, the market positioning data reveals that there are no significant barriers above the current price, meaning that the upside remains the path of least resistance now.

Considering the signals of the TD Sequential indicator and the on-chain data, Bitcoin may be ripe for a short-term downside correction with the ultimate bearish target at $12,800. This level will serve as a jumping-off ground and allow for a new bullish wave to take the price to $15,000.

A move below $12,800 will bring more sellers to the market, with the potential downside aims $12,000 where a new buying interest is likely to appear.

WH adviser Kudlow: Stimulus talks have slowed but have not ended

Bitcoin is ready for a technical correction before another upside wave. IOMP data implies that the upside is the path of least resistance for BTC. Bitcoin (BTC) has settled above $13,000; however, further growth seems to be limited. The pioneer digital coin hit the recent high of $13,361 on October 25 and retreated to $13,110 by the time of writing. The coin has gained over 1.6% in recent 24 hours and over 14% on a week-to-week basis.   Bitcoin's average daily trading volume is at $24.3 billion, while its market share settled at 61.2%. BTC/USD bears are ready to strike back…