On top of that, the number of active addresses has been steadily increasing since November 2020, which adds credence to the bull rally. 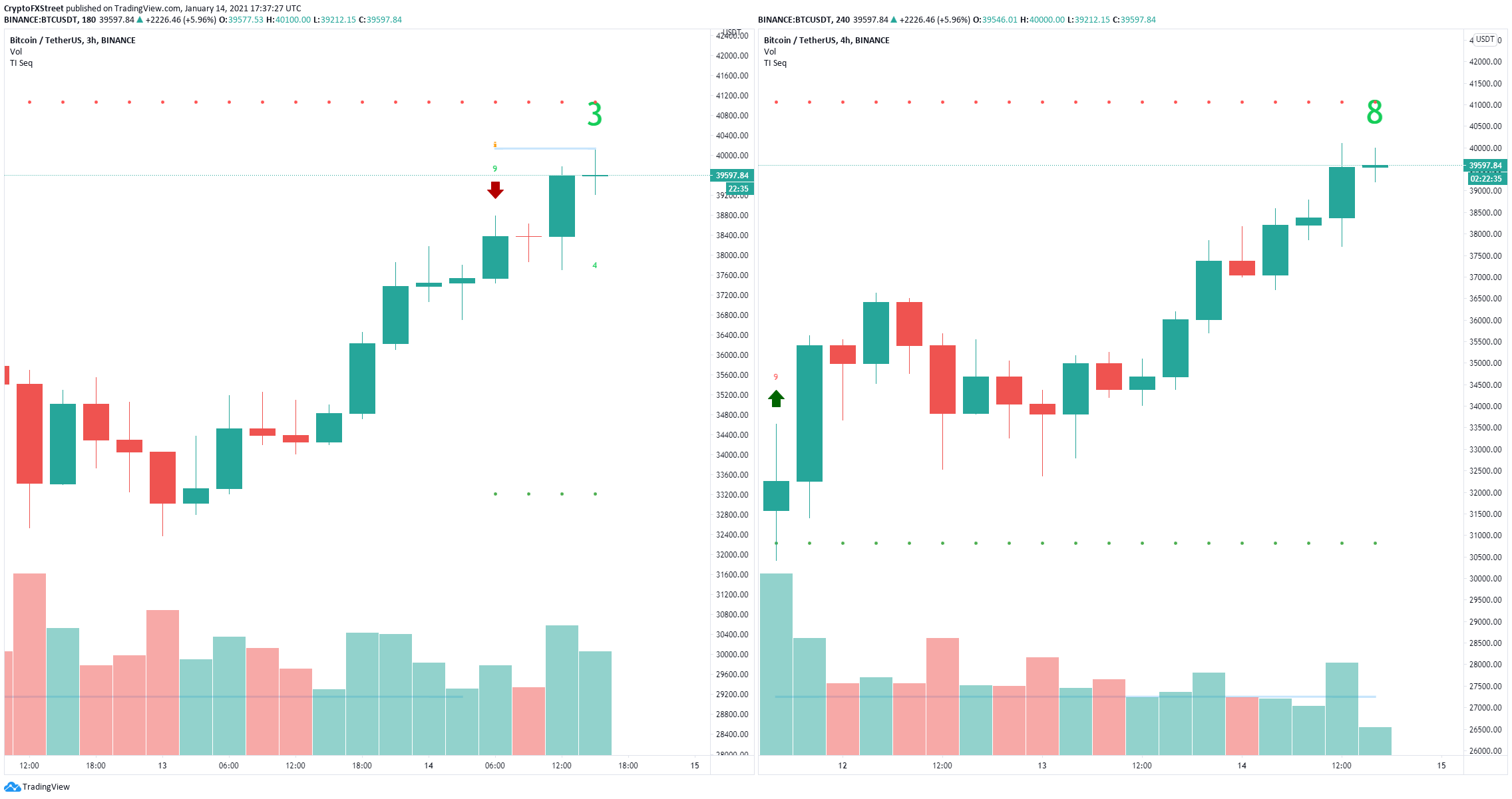 However, on the 3-hour chart, the TD Sequential indicator has presented a sell signal and is about to do the same on the 4-hour chart, adding more credence to the previous one. Validation of this call can push Bitcoin price down towards $39,000 in the short-term.

Powell speech: If we do our job well, will foster use of USD as reserve currency

Bitcoin price briefly hit $40,000 again after a massive recovery from $30,000. Several on-chain metrics show whales are still accumulating a lot of Bitcoin expecting it to rise higher. Bitcoin had a massive sell-off on January 10, dropping from a high of $41,350 down to $30,420 in the next three days. However, bulls have bought the dip and Bitcoin has experienced a V-shape recovery, currently trading around $39,600 and aiming to climb back above $40,000. Bitcoin price can hit a new all-time high according to various indicators According to statistics from Whalemap on Twitter, there are only two crucial resistance levels above…