Bitcoin depreciated in value significantly on Tuesday as bulls scattered for failing to defend $10,000 support. Bitcoin price dived under $10,000 forming a low at $9,862. The upside is strongly limited by the concentration of sellers at $10,000. Besides, the building bearish momentum continues to risk $9,800 immediate support who breach is likely to open Bitcoin to massive declines towards $9,000.

According to confluence levels, initial resistance lies at $10,054. However, it good to know that resistance is a zone rather than a line. The indicators that converge at this zone include the previous high 15-mins, SMA 10 15-mins, Bollinger Band 15-mins, SMA 5 1-h and the 38.2% Fib retracement 1-W among others. Between $10,054 and the strongest resistance at $10,363, there exist slightly weaker resistance levels that Bitcoin will be able to sail through with momentum of the break above $10,000. Other hurdles to the upside lie at $10,775 and $10,084 as per the confluence tool. 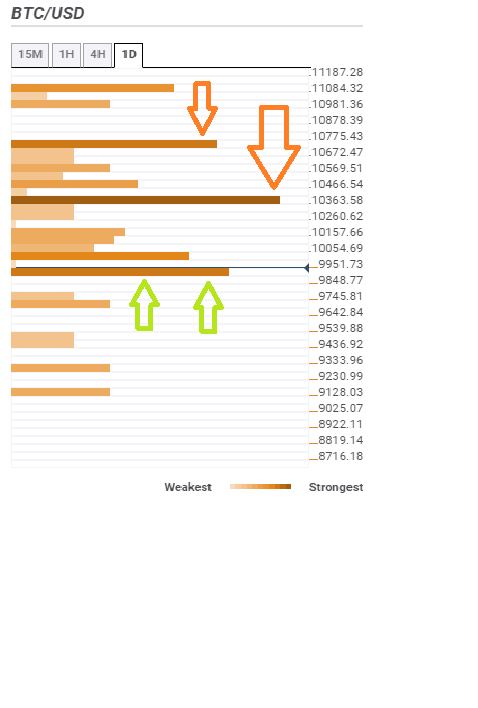 Get the 5 most predictable currency pairs
Previous ArticleEUR/USD drops to multi-week lows near 1.1150, targets 2019 lows
Next Article Tron (TRX) continues to dominate the dapp market