Bitcoin is gradually sliding into consolidation following the recent correction from the impenetrable $8,800. On the brighter side, the downside is strongly supported at $8,200. The four-hour chart also shows Bitcoin trading above the 100 Simple Moving Average (SMA).

In other news, Bitcoin whales are reportedly transferring huge sums of money. According to the data provided by Rhythm, a user on Twitter, “07,848 bitcoin were just transferred for a 0.02 bitcoin fee. That’s $900,000,000 transferred for $166.” While the transaction did not affect the price of Bitcoin, quite astonishing is the cost of transaction for such a colossal transaction.

Bitcoin is facing one prominent hurdle at $8,373. If this hurdle is overcome, the potential for a breakout towards $9,000 will be immense. Meanwhile, the cluster of indicators converging here consists of SMA 10 four-hour, previous high one-hour, Bollinger Band four-hour middle, SMA 200 15-minutes, Bollinger Band 15-mins middle and the Fibonacci 38.2% daily among others.

On the downside, support is highlighted at $8,287 using the pivot point one-day support one, Bollinger Band one-day middle, Bollinger Band one-hour lower and SMA 10 one-day. Lower levels do have viable support levels which leave Bitcoin vulnerable to declines that could see it dive under $7,800. 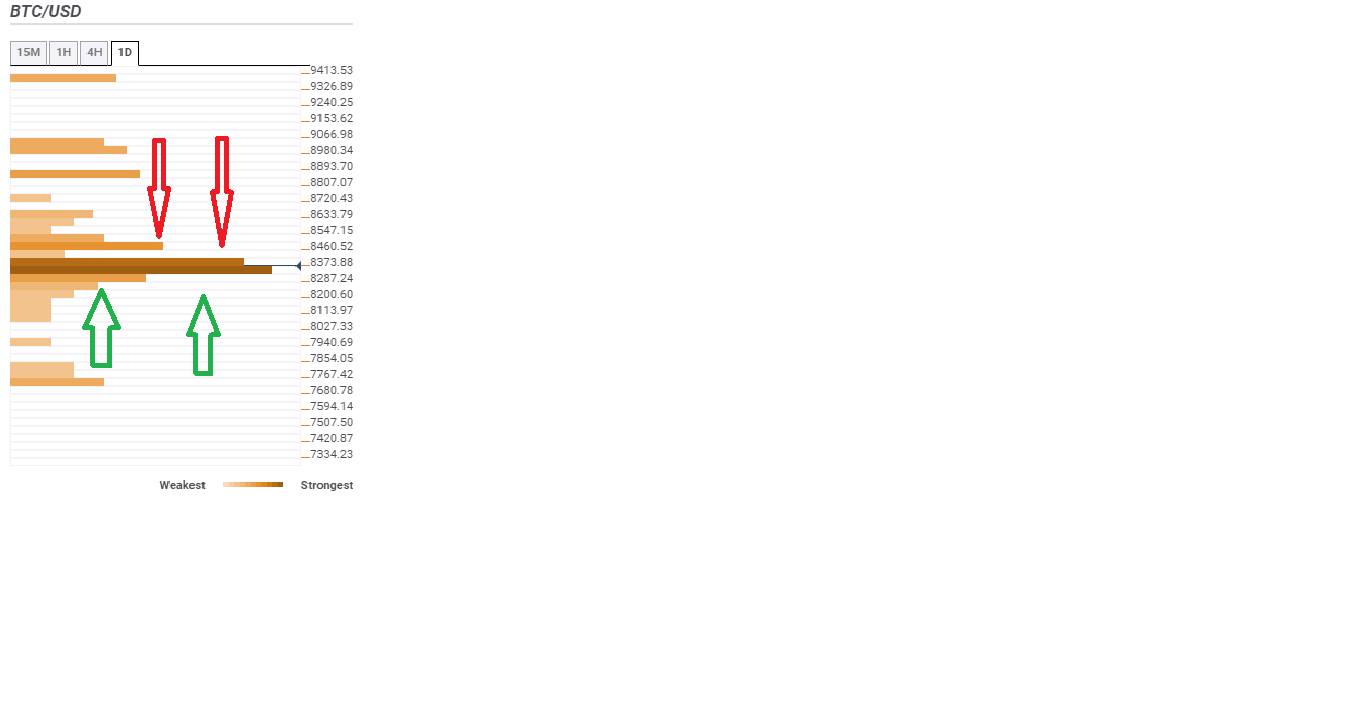