Bitcoin price bloody drop last week caught investors by surprise. However, the trend of Bitcoin in the past couple months has not allowed the bulls to be crippled. While still vulnerable to losses towards $9,000, Bitcoin buyers attempt a recovery over the last weekend. This saw BTC break several hurdles to settled above $9,700. The support accorded to Bitcoin at this level on Monday became the backbone of the surge to levels above $10,500.

In other news, Craig Wright is preparing to change a Florida state court ruling that is demanding he gives up 50% of all the Bitcoin mined in partnership with Kleiman before 2014. In addition to that, Wright is to handover all the intellectual property (IP). The ruling could see Wright give half of the billions in the BTC fortune.

A glance at Bitcoin’s confluence tool, we can tell that the worse is behind us and the future looks positive. The strongest resistance levels have transformed in credible support areas. This means that the path of least resistance is to the upside, at least in the near-term. 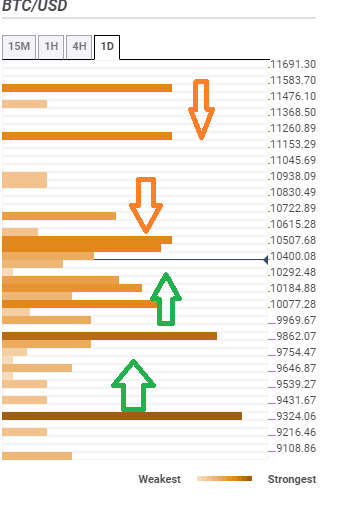 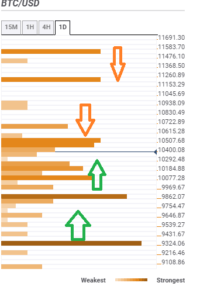 EUR/USD Technical Analysis: Further selling should see 1.0839 re-tested in the near term. Rebound not ruled out on ‘oversold’ condition