Bitcoin (BTC) has resumed the growth after a period of range-bound trading. At the time of writing, BTC/USD is changing hands at $9,500, having gained nearly 2.5% since the beginning of the day and 3% on a day-to-day basis. The upside momentum is gaining traction, however, the further recovery may be limited by a strong resistance created by SMA100 (Simple Moving Average) on a daily chart. The coin has been trading below this indicator since the beginning of September.

BTC/USD  bulls resumed their attempts to take the coin to new highs. After a short period of consolidation, Bitcoin is growing again with the Relative Strength Index (RSI) pointing upwards on all intraday timeframes.

Let’s have a closer look at the technical levels that may serve as resistance and support areas for the coin. 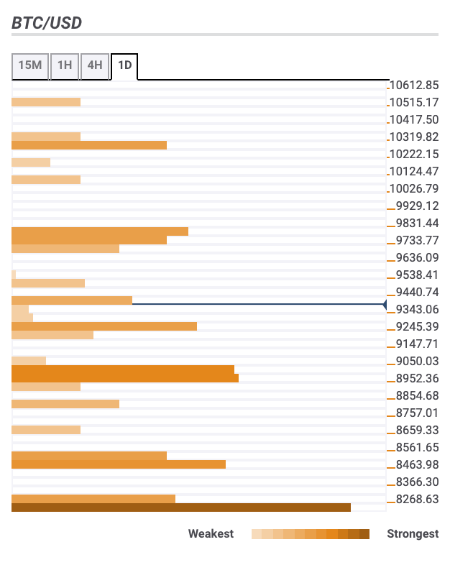