After Tesla’s big announcement of a $1.5 billion purchase worth of Bitcoin and the possibility of accepting the digital asset as a payment option, the flagship cryptocurrency had a massive move to a new all-time high at $48,142 and aims for more.

This number indicates that retail interest in Bitcoin and cryptocurrencies has grown significantly but could increase even more. On top of that, the number of active addresses has also seen a massive increase over the past several months.

The rise in active addresses indicates that the climb to $48,142 is justified as it matches the activity of the network. After the recent 25% price spike, the RSI is overextended on the daily chart again. 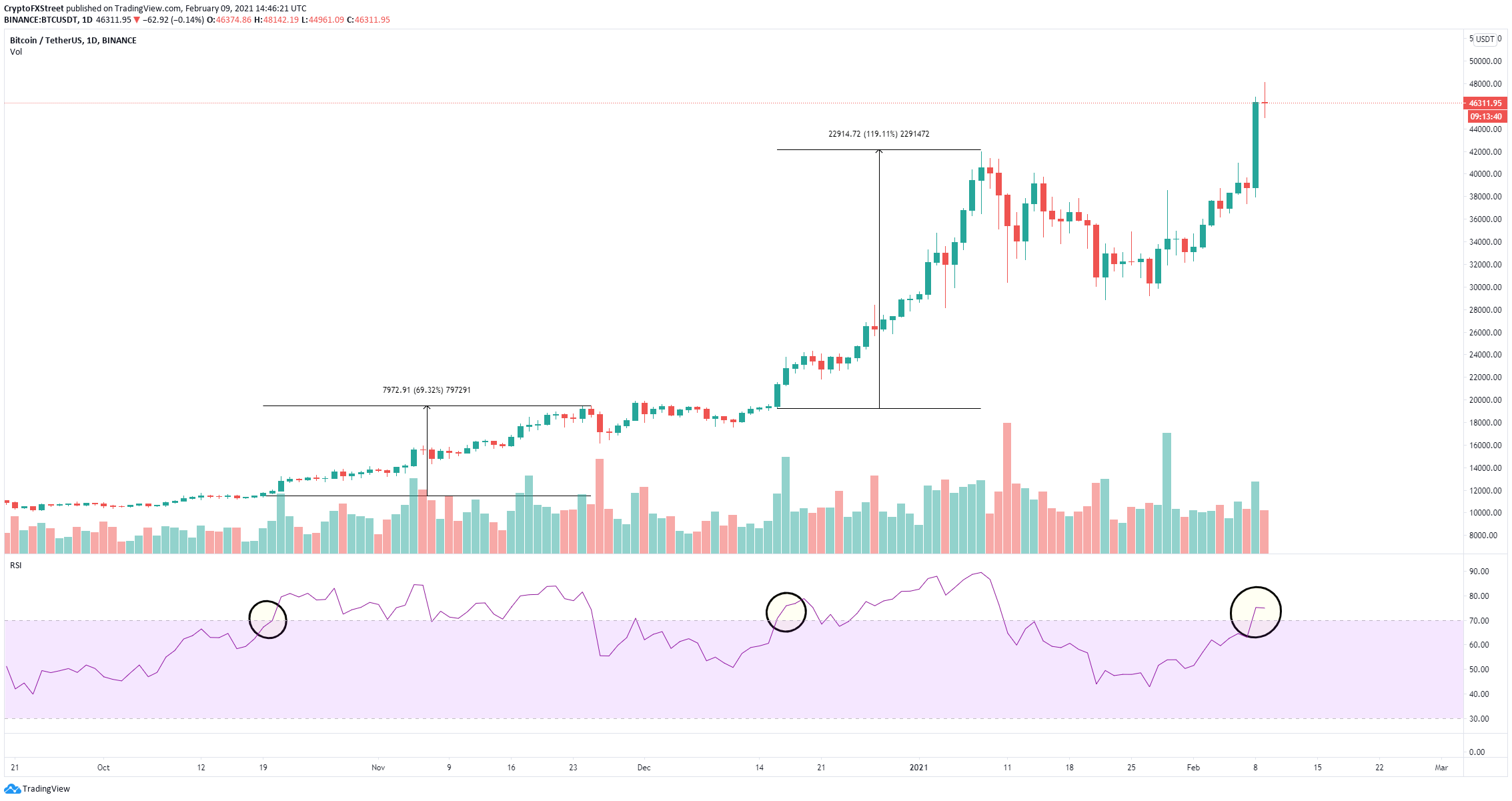 However, the past two times this happened, Bitcoin prices continued to surge even higher. In October 2020 the RSI was overextended but Bitcoin climbed 70% until it cooled off. Similarly, back on December 16, 2020, BTC had a 120% rally despite the RSI being overextended. This theory seems to suggest that Bitcoin price is poised for a significant move within the next few weeks.

Despite Bitcoin’s momentum, trading veteran Peter Brandt has warned investors that Bitcoin’s bubble could pop soon. According to Brandt, when average people ask about Bitcoin, if it’s a good buy or a good investment, the asset could be on the verge of a correction. This theory makes sense as Bitcoin and other assets can normally experience pullbacks when their social volume spikes.

EUR/GBP bears eager to sell rallies ahead of 0.8800 level

Bitcoin price hit a new all-time high at $48,142 after Tesla announced the purchase of $1.5 billion worth of BTC. Many on-chain metrics show that retail investors are looking to buy Bitcoin. Nonetheless, investors need a plan to exit in case of a crash. After Tesla’s big announcement of a $1.5 billion purchase worth of Bitcoin and the possibility of accepting the digital asset as a payment option, the flagship cryptocurrency had a massive move to a new all-time high at $48,142 and aims for more.  Bitcoin price can hit $50,000 as interest grows significantly After the most recent rally…