Bitcoin price on the verge of a massive move

Bitcoin price has established a symmetrical triangle pattern on the 4-hour chart and awaits a clear breakout or breakdown. As the overall trend is bullish, a breakout seems more likely and could quickly take Bitcoin price up to $50,000. 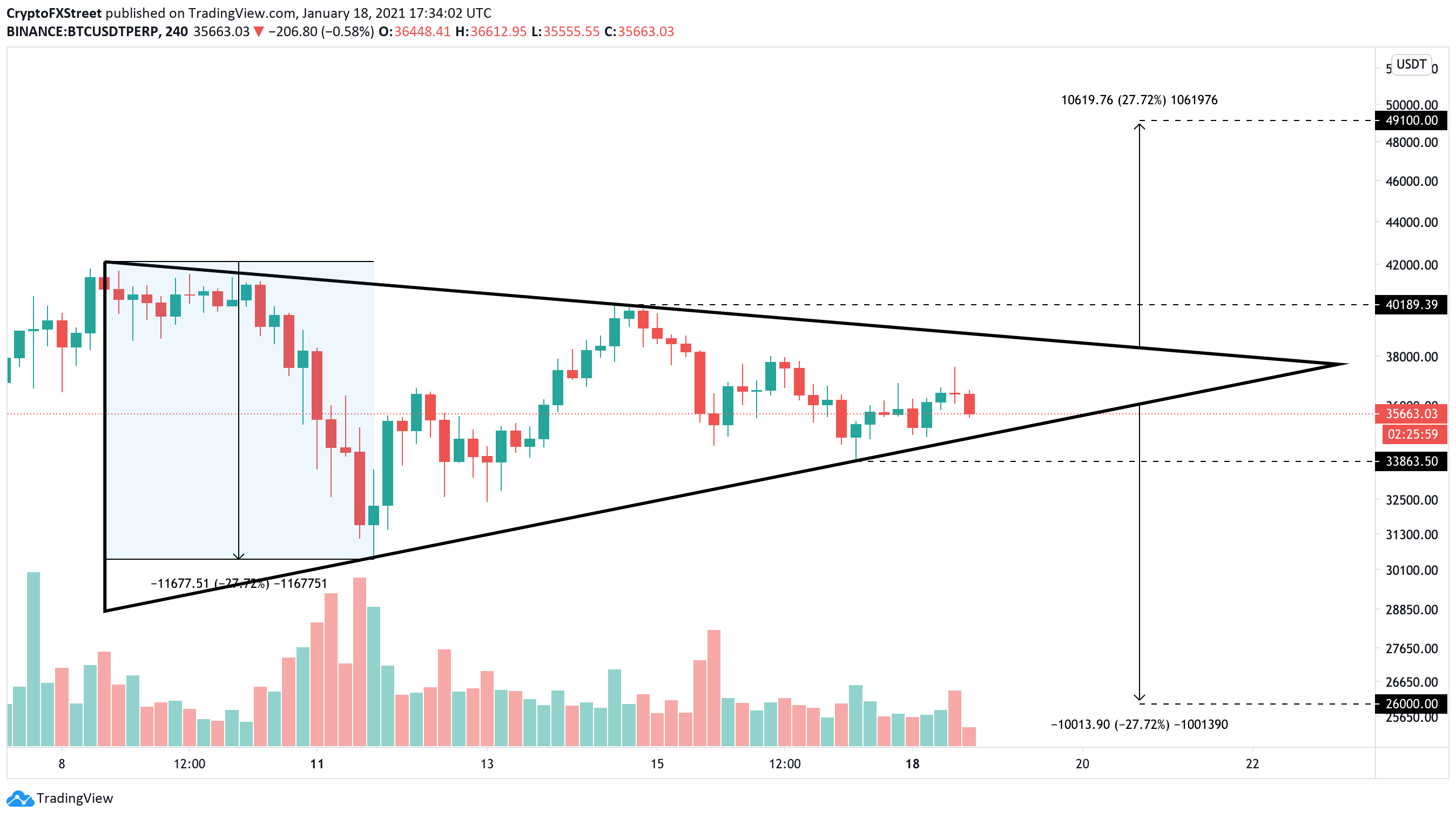 The number of Bitcoin inside exchanges has continued to drop since reaching 10.56% on January 4 as it currently sits around 10.3% which indicates that investors are not interested in selling the digital asset.

Similarly, the number of whales has grown since the beginning of 2021 despite Bitcoin’s wild fluctuations in value. This metric also indicates that large investors have continued to accumulate more BTC as they expect its value to increase further.

However, despite all the bullish on-chain metrics, it’s entirely possible for Bitcoin to drop below the crucial support level at $33,863 and target a low of $26,000.

The In/Out of the Money Around Price (IOMAP) chart indicates that losing an essential support area between $35,000 and $36,000 could definitely push Bitcoin price down to $33,863 and below as the support on the way down is weak.

Bitcoin price has been trading sideways in a tightening range since January 8. The digital asset awaits a clear breakout or breakdown as the range continues to squeeze. Bitcoin has been trading inside a tight range after establishing a new all-time high at $41,950. The digital asset plummeted down to $30,420 and then formed a lower high at $40,100 followed by what seems to be a higher low at $33,850.  Bitcoin price on the verge of a massive move Bitcoin price has established a symmetrical triangle pattern on the 4-hour chart and awaits a clear breakout or breakdown. As the…