Latest
You are at:Home»Crypto News»Bitcoin price surges above $18,700 and may hit new all-time highs over the weekend

After touching its highest level since December 2017 at $18,488 on Wednesday, November 18, Bitcoin staged a technical correction and stayed relatively quiet around $18,000 in the second half of the week. However, the pioneer cryptocurrency met a fresh buying interest in the last few hours and renewed its multi-year top at $18,838. As of writing, BTC was trading at $18,700, gaining 3.5% on a daily basis.

With the recent upswing, Bitcoin came ever closer to the all-time high of $19,891 that was set on December 17, 2017. On the daily chart, the Relative Strength Index (RSI) indicator is floating in the extreme overbought territory near 85. The previous two times the RSI hit that level, the price moved sideways for about a week and a similar action could be seen. 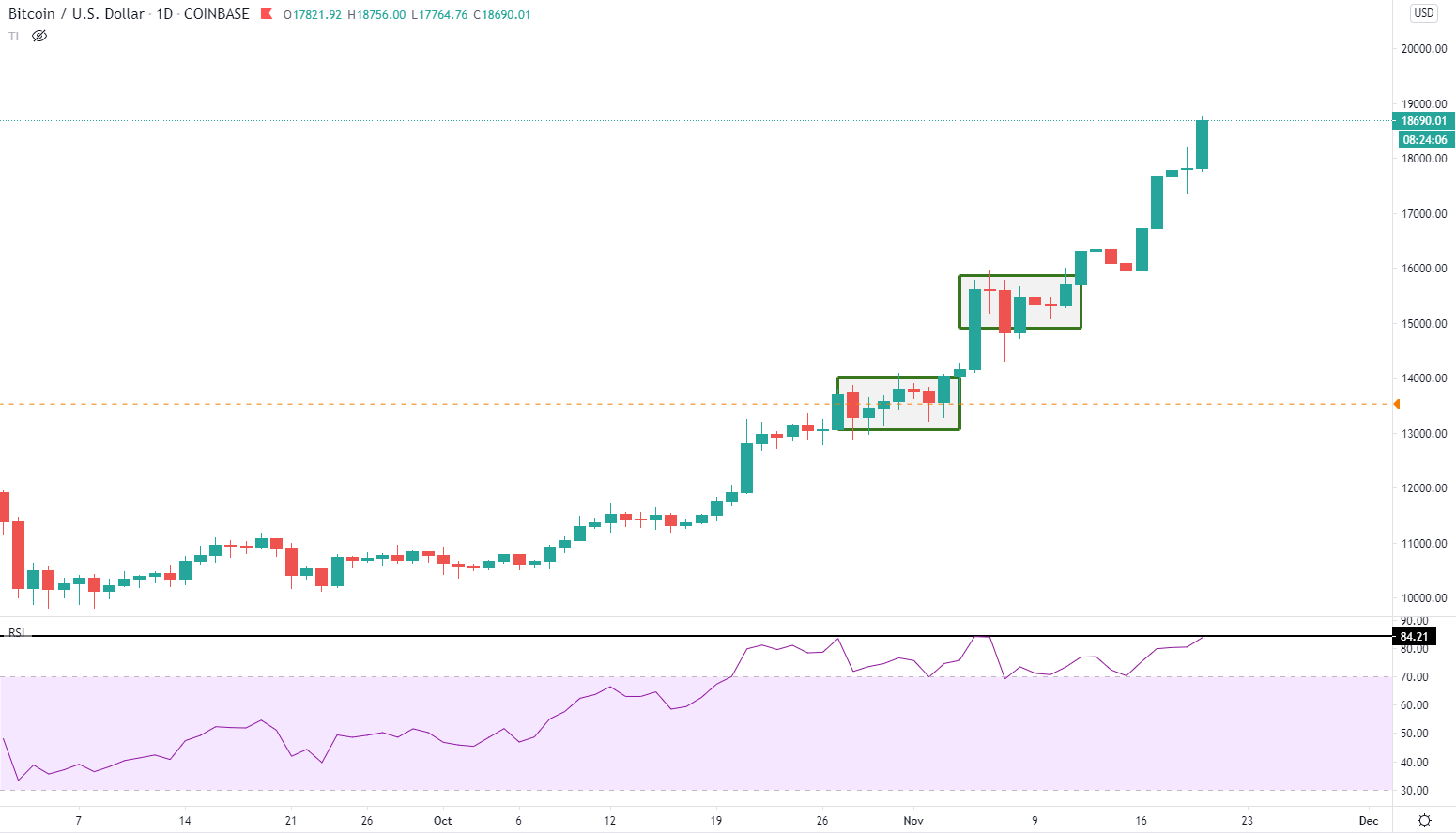 In the meantime, the sentiment surrounding Bitcoin remains upbeat. Commenting on Bitcoin’s performance this year, Thomas Lee, Managing Partner and the Head of Research at Fundstrat Global Advisors, said that they have witnessed a substantial increase in institutional engagement in 2020.

“In 2021, I think Bitcoin could be the year of the fireworks,” Lee added .”If people are interested, they should realize the best is probably yet to come,” said Lee.

On a similar note, Rick Rieder,  BlackRock CIO of Fixed Income, told CNBC’s Squawk Box that he thinks Bitcoin is here to stay. Rieder further noted that he doesn’t yet hold any BTC’s in his corporate portfolios but added that he thinks it’s a “durable mechanism” that could take the place of gold to a large extent.

Get the 5 most predictable currency pairs
Previous ArticleGBP/USD: Deal or no deal? Boxed-in Boris may unleash a rally
Next Article Gold Price Analysis: XAU/USD spikes to $1880