Latest
You are at:Home»Crypto News»Bitcoin surges above $9,200, the highest in over a year – levels to watch

Bitcoin has been on the rise over the weekend. The rally has gained traction and BTC/USD has surpassed $9,200 at the time of writing. The cryptocurrency has surpassed the May 30th high of $9,090 and is now trading at levels that were last seen in May 2019.

Other digital coins are on the rise as well with Ethereum (ETH/USD) trading around $275 and Ripple (XRP/USD) beyond $0.42. 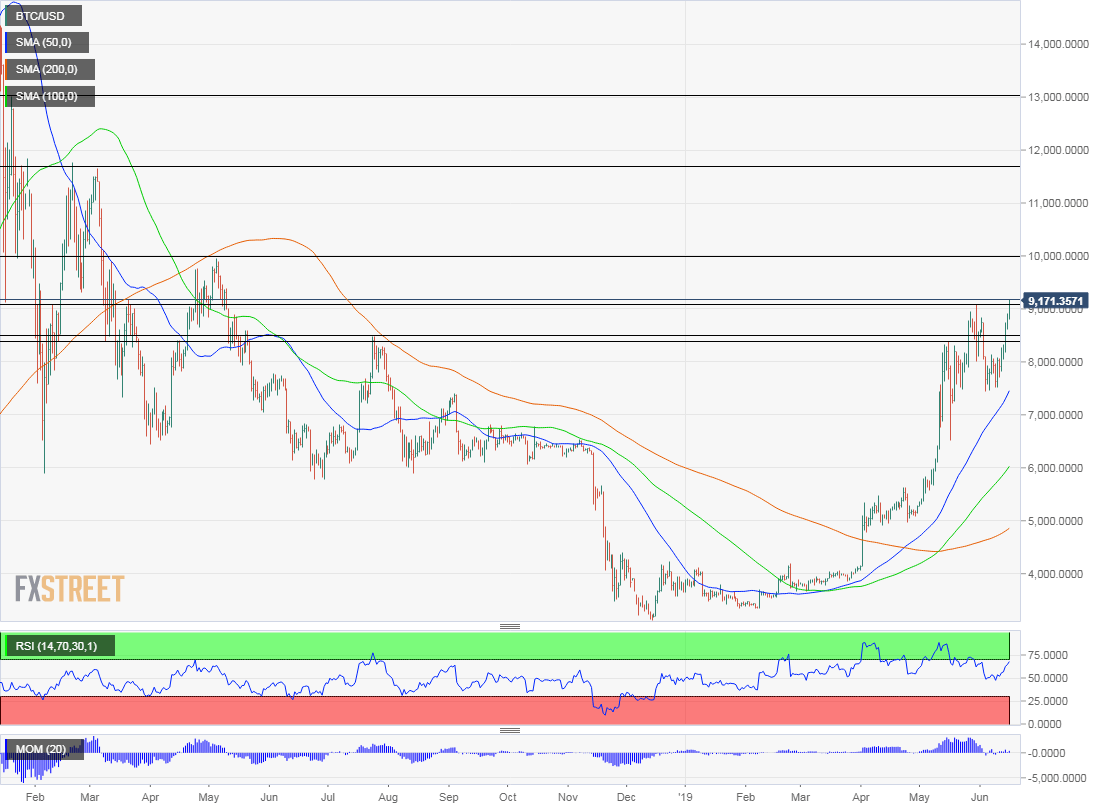 Get the 5 most predictable currency pairs
Previous ArticleUnited States Residents Will Lose Access to Many Altcoins Starting in September
Next Article Bitcoin market update: BTC/USD explodes in fireworks to new 2019 highs