Bitcoin has retested the high at $13,863 set in June 2019, potentially forming a double top. The cryptocurrency market is experiencing increased volatility due to the upcoming US elections, as it’s not clear who the winner will be.

Let’s take a look at some of Bitcoin’s most important news this week and how the price has reacted so far. We will deep dive into technical and on-chain indicators to find out the most likely direction of the flagship cryptocurrency.

On October 29, a report from the Central Bank of Iran (CBI) and the Ministry of Energy stated that Iran would allow national imports to be funded through cryptocurrencies. Citizens of Iran will be able to mine Bitcoin and exchange them as long as they are used to finance imports from other countries.

In order to avoid sanctions on Iran’s access to the dollar, the official newspaper of the government suggested using a rate of +1.55% on Bitcoin’s price. Iran has recently cut up to 47% off the electricity tariff for authorized cryptocurrency mining centers. 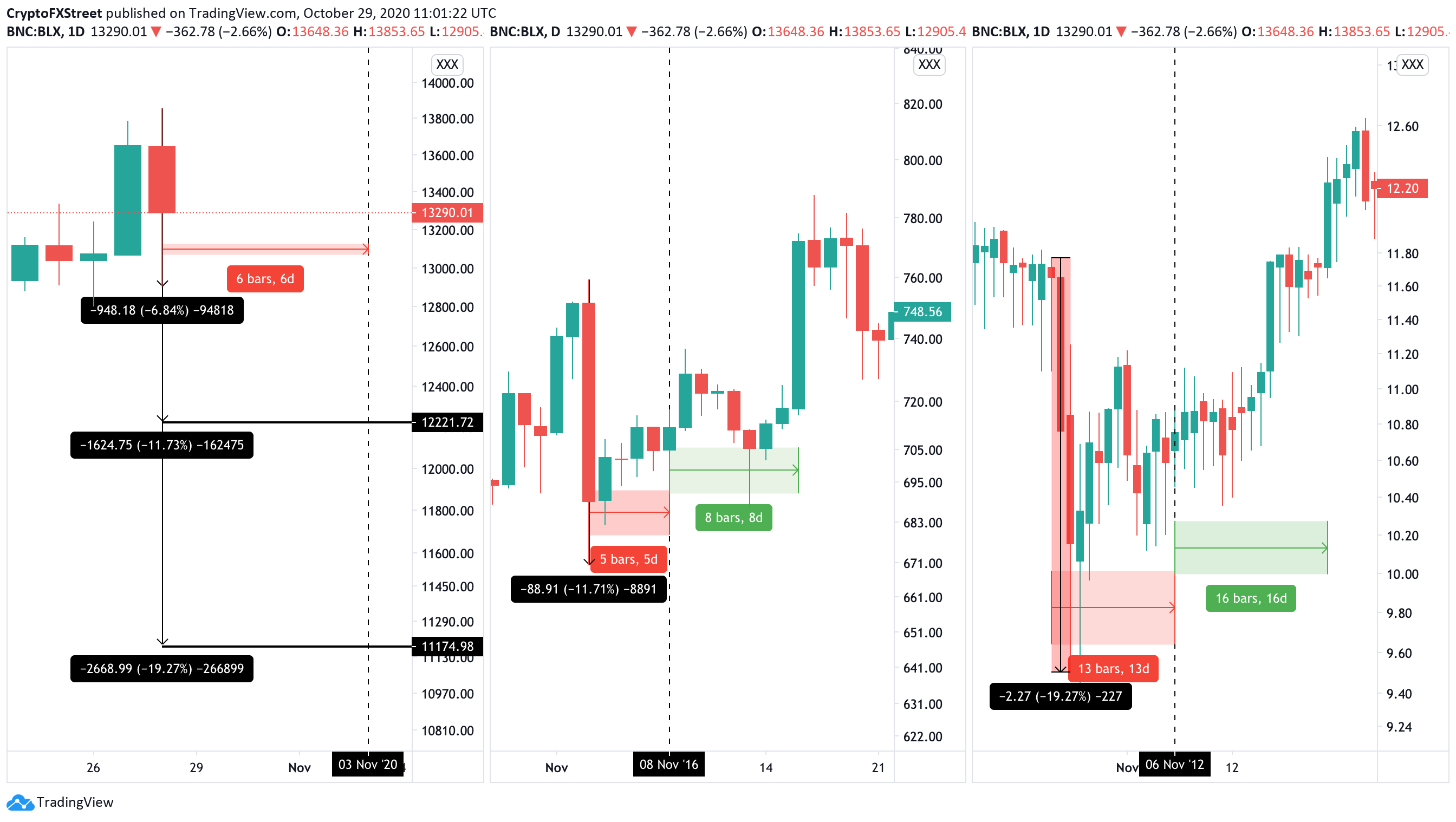 Before the election, in 2012 and 2016, Bitcoin’s price plummeted by at least 10% on both occasions. Nonetheless, the flagship cryptocurrency rebound sharply afterward, experiencing two of its most massive rallies so far.

Bitcoin Price Prediction: Can the double top be broken?

The most notable development on the weekly chart is the potential double top established at $13,863. Back on June 24, 2019, Bitcoin’s price rose up to $13,868 before a massive 72% correction close to nine months. 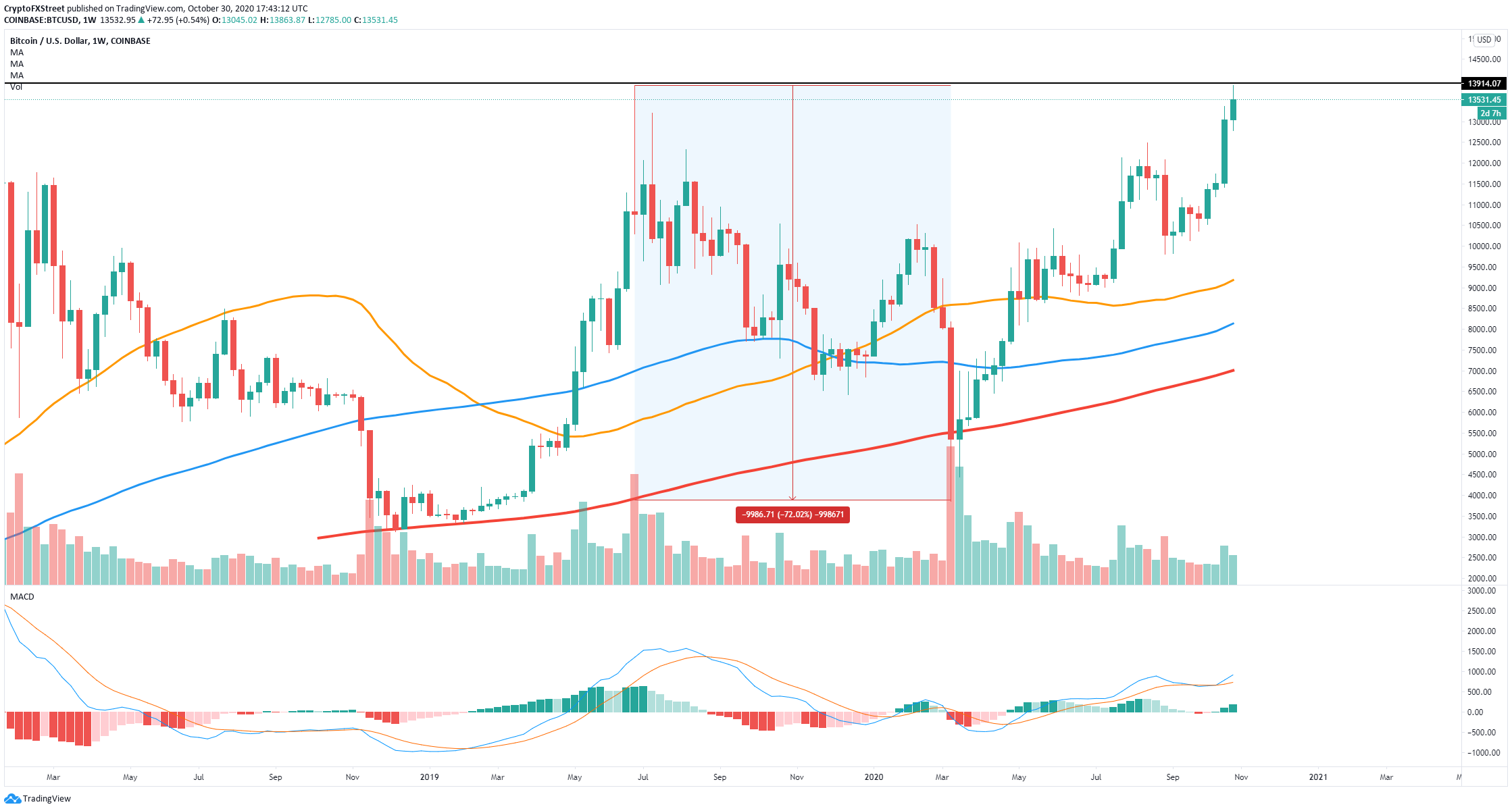 However, there are some differences between the high now and the one in June 2019. For instance, the MACD just turned bullish again, and it’s gaining momentum while in 2019, it was already really high.

Additionally, the Market-Value-to-Realized Value (MVRV) is far lower at around 7%, below the danger zone at 19%, compared to 35% in June. Bitcoin is currently bounded inside a weekly uptrend that has a robust support level established at $10,000.

A breakout above the high at $13,863 can drive Bitcoin’s price towards $15,000 and potentially higher as there is no resistance above. On the other hand, the confirmation of a double top would be devastating for the flagship cryptocurrency pushing it to at least $10,000 in the short-term.

Bitcoin has formed a potential double top at $13,863 on the weekly chart. Upcoming US elections could play an essential role in the price action of BTC. Iran becomes the first country to use cryptocurrencies at a state level. Bitcoin has retested the high at $13,863 set in June 2019, potentially forming a double top. The cryptocurrency market is experiencing increased volatility due to the upcoming US elections, as it's not clear who the winner will be. Let's take a look at some of Bitcoin's most important news this week and how the price has reacted so far. We will…