Home » Bittrex exchange adds USD pairs for both XRP and ETC: Ripple price reacts with a 4% jump on the day

Bittrex exchange adds USD pairs for both XRP and ETC: Ripple price reacts with a 4% jump on the day

Bittrex cryptocurrency exchange has today announced the listing of US Dollar trading airs for both Ethereum Classic and Ripple’s XRP. However, the trading pairs will only be available to eligible personal and corporate accounts.

A couple of months ago, the exchange announced to the public that it intends to add crypto-to-fiat trading for Bitcoin (BTC), Tether (USDT) as well as TrueUSD (TUSD). The corporate customers in the states of New York, California, Washington and Montana already have access to the above trading pairs. Ethereum (USD) fiat pairs were later included as well, moreover, ETH trading pairs became available to personal accounts last month.

Ripple price was not spared by the brief bearish momentum that swept across the market yesterday. XRP/USD broke the trendline support, the 100-day hourly moving average support and the next support target at $0.320. While heading towards $0.30, it formed a low at $0.31 and embraced the support from the 50% fib level with highs at $0.372 and lows at $0.244 at $0.308.

Ripple appears to have welcomed the listing on Bittrex exchange positively, which explains the pullback from the support above. The crypto is currently testing $0.330 resistance. The indicators are sending bullish signals; the MACD is reaching towards the positive regions while the stochastic oscillator is heading upwards but still at the 40% mark. The 100 SMA is limiting the gains marginally above $0.330. The next resistance target is at the supply zone at $0.3419 and the next supply zone at $0.3525.

A look at the chart shows that the buyers are in control, and positive signals will continue in the near-term. A break above $0.330 is very vital to the buyers whose eyes are set on $0.350 in the short-term. 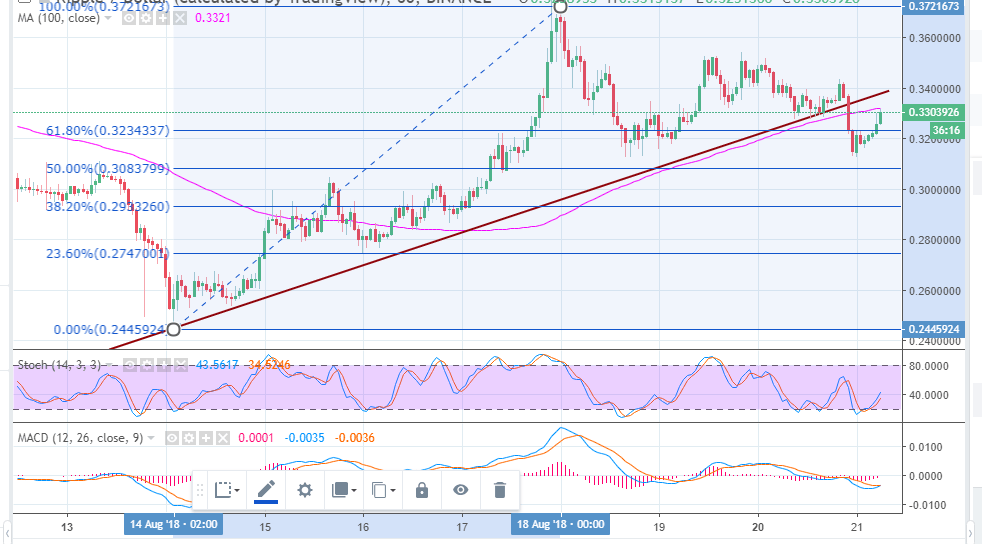 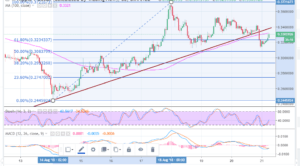 XRP/USD and ETC/USD will be available to personal trading accounts on Bittrex exchange. Ripple broke several support levels towards $0.30 but formed a low at $0.31. The trend is strongly bullish; the buyers have eyes on $0.350 in the near-term. Bittrex cryptocurrency exchange has today announced the listing of US Dollar trading airs for both Ethereum Classic and Ripple's XRP. However, the trading pairs will only be available to eligible personal and corporate accounts. "Today, we're adding XRP and ETC to our USD (Fiat) markets in addition to previously announced USD pairs for Bitcoin (BTC), Tether (USDT), TrueUSD (TUSD) and…