The Reserve Bank of New Zealand and MPS was not expected to announce any further changes today and instead acknowledge that there is now less need for monetary stimulus than it thought at its November review.

How did the NZD react?

The kiwi has been bid in the build-up to the event given that the Gross Dometic Product, inflation, employment, commodity and houses prices have all been a lot former than forecast last time around by the central bank.

On the event, the NZD/USD has dropped to test hourly support.

However, at the prior meeting back in November, the price rallied over 90 pips after an initial drop in the first hour of trade post the announcements: 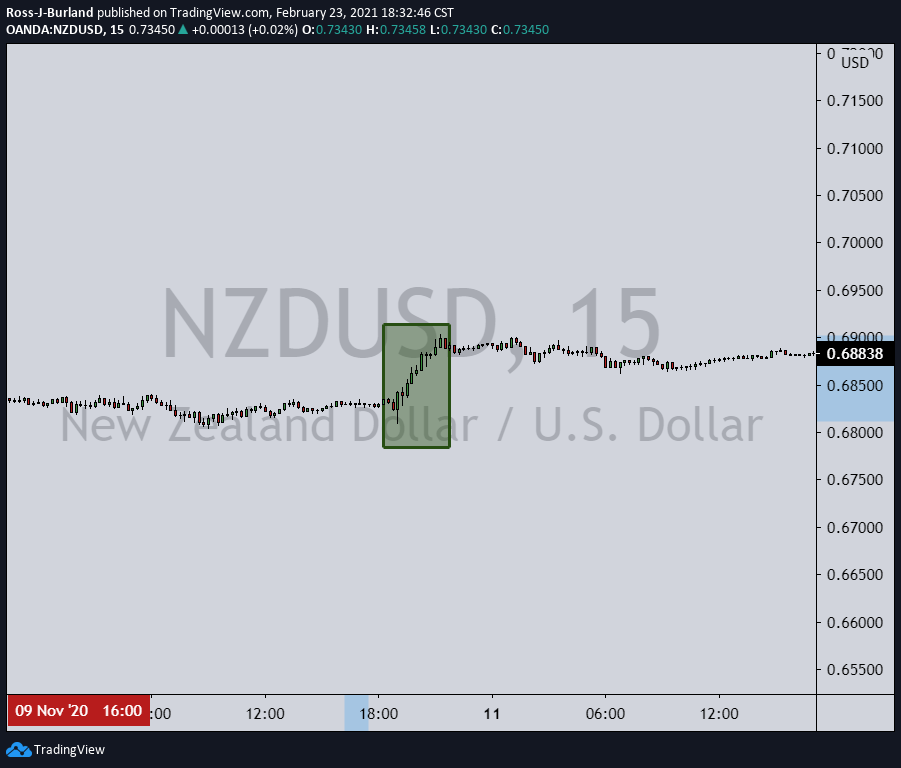 With that being said, the upside is also limited considering that RBNZ has noted that the accommodation shall remain in place for some time.

About the RBNZ interest rate decision and rate statement