Latest
You are at:Home»Daily Look»Brexit deal looks close, guide to the next 1,400 pips

There are growing reports that the final piece of the Brexit puzzle is about to be put in place: the Irish backstop. It began with a tweet by Tom Bradby, an anchor with ITV that said that “it sounds like the negotiators have agreed on a final text for Brexit deal. Now waiting to see if Theresa May will accept it.”

It then continued with a report that a lot of progress has been made in recent days. And it ended with the breaking news that the UK Cabinet said to expect backstop text to be completed today. UK Cabinet Secretary David Lidnigton stated in parliament that an accord had not been finalized yet.

Nevertheless, the Pound is on the move across the board. It is still shy of the 1.3000 level at the time of writing, but if a deal is struck, it lifts a massive cloud over the British economy and the British Pound. The economy is doing well with even wages rising, but Sterling and the Bank of England are holding back due to Brexit uncertainty.

The road to the post-Brexit high

Some say that GBP/USD could reverse all the Brexit losses and go back all the way to 1.5000. We will take a more cautious approach and draw the path to the next 1,400 pips: to the post-Brexit high of 1.4376.

Yet even with a careful approach, a deal is still very significant. GBP/USD may ignore overbought conditions that can be reflected on the Relative Strength Index. The initial move may be swift and slow down afterward.

Here is the daily GBP/USD chart with all the levels. A description of them awaits below. Click on the image or here to see a live graph with the full setup: 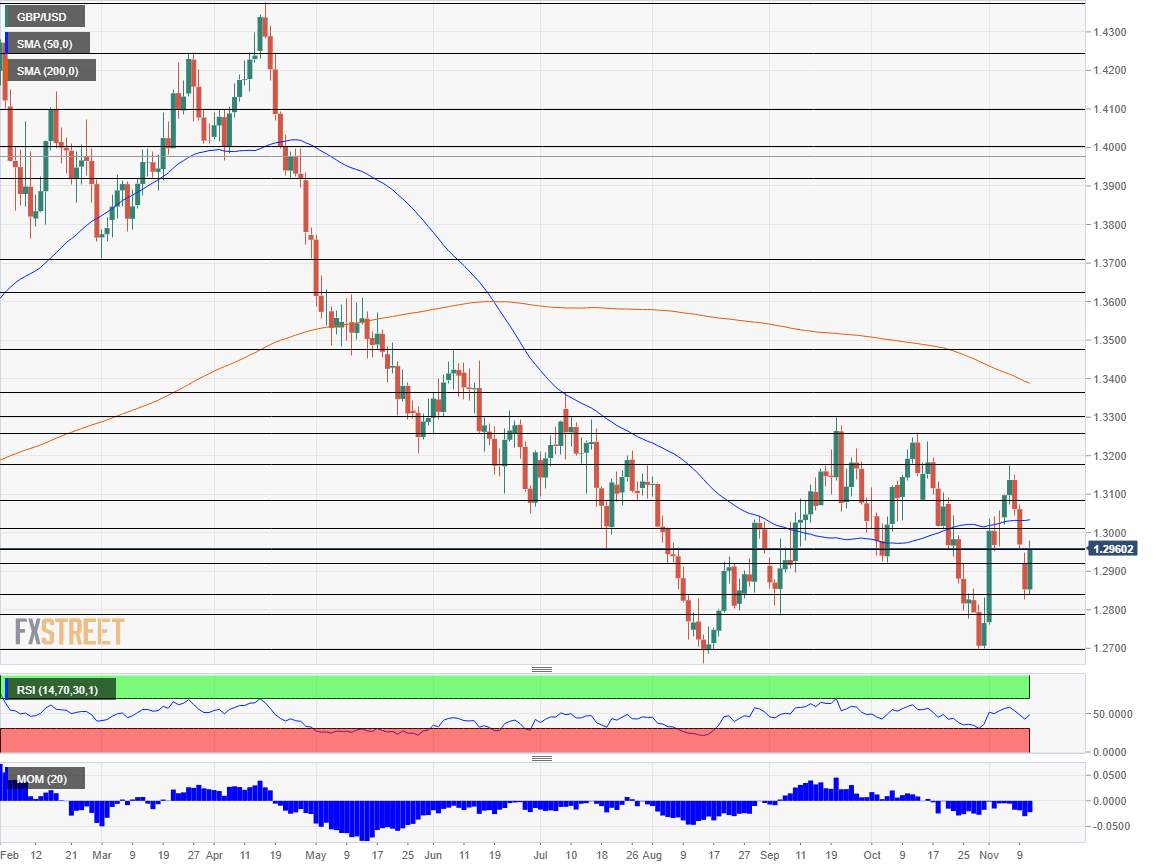 Get the 5 most predictable currency pairs
Previous ArticleWall Street opens higher led by technology and industrials
Next Article EU’s Juncker: Brexit talks do not aim to ‘punish the UK’