Latest
You are at:Home»FXStreet News»Brexit: trade talks on knife-edge, sterling vulnerable to start the week

Weekend politics is to dominate the open today, starting with a number of headlines pertaining to the knife-edge Brexit negotiations.

Bloomberg reports that the UK has warned the EU that talks this week are ‘moment of reckoning’ for a deal.

The Sunday Express reports that the UK threatens to starve the EU of cash as Brexit fury reaches boiling point.

Both the FT and Sundays have picked up on similar reports.

Substantial progress in Brexit needs to be made quickly if a deal is to be struck. Mid to late October is frequently cited as the realistic deadline at this stage.

What is clear is that any substantive trade deal will not materialise at this stage, with a skinny agreement the best that can be expected. That would still leave significant uncertainty over the prospect for trade in services.

The average trade weighted EU tariff is 3%, implying an annual cost of GBP11bn to the UK consumer if no trade deal is reached. In our analysis, the biggest headwind to UK growth would lie in non-tariff barriers and more restrictive access for UK services to the single market,

The news hits the market at the same time that the UK has reported the highest number of COVID-19 cases since May 23rd of around 3,000.

The combination of shutdown risks and a hard Brexit could be enough to send GBP lower in the open. 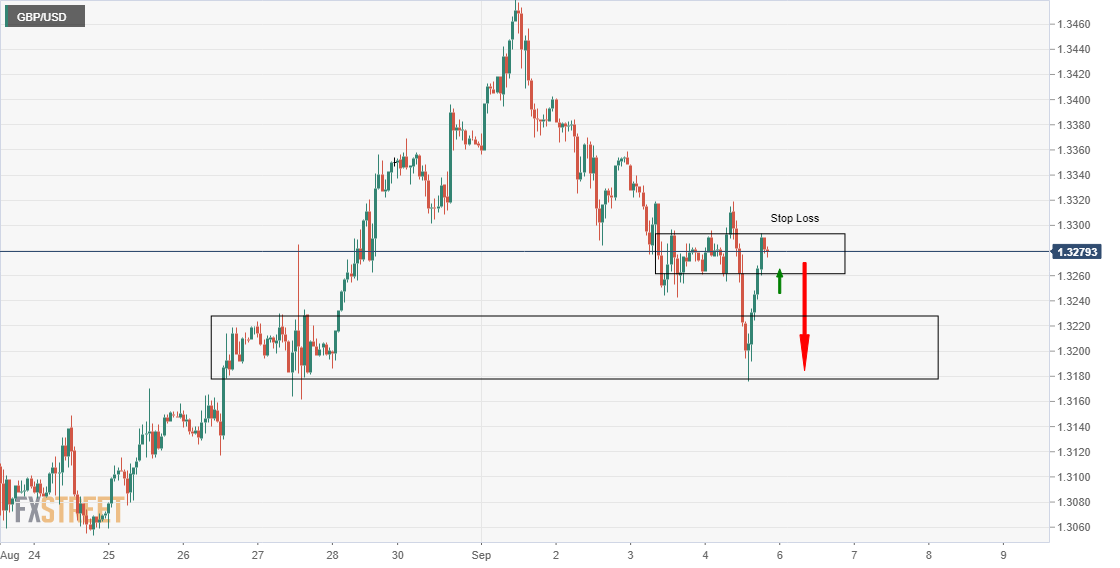 A potential scenario whereby the price gaps lower in the open gives rise to an opportunity to fade the close of the gap for a 1:2 risk to reward ratio to 1.3172. 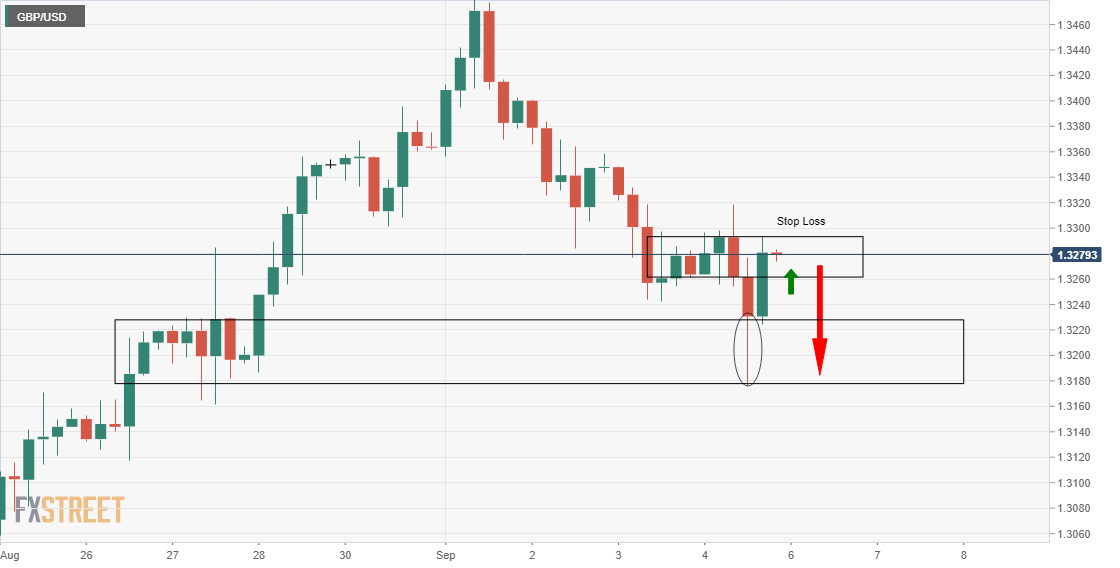 The price has retested the 4HR structure and should the structure hold, then bears will have the green light to attempt to fill in the wick.