Home » Building permits to be closely watched by the Fed

Building permits to be closely watched by the Fed

As traders on both sides of the 49th  parallel make it back to their desks after the holiday weekend, the overnight session kicked off with a bang, pushing Japan’s fourth quarter GDP miss from  Sunday  evening out of sight and mind.

On the heels of the inadequate economic growth statistics, the Bank of Japan held its regularly scheduled monetary policy meeting last night, and although the BoJ didn’t institute a fresh round of QE or change its pledge to expand the monetary base by ¥60tn-70tn a year, they did decide to double the scale of two funding facilities aimed at allowing Japanese banks to borrow from the central bank at low fixed rates for a period of 4 years.

One could argue that by looking to ease policy while not changing its level of asset purchases signals the BoJ is looking to preserve its QE expansion firepower for a more opportune time after the sales-tax hike is due to kick-in, and as expectations for an increase in asset purchases from the Bank have surged, so too did the Nikkei and USDJPY.   The Nikkei finished its session up by 3.13%, while yen weakness after the BoJ meeting caused USDJPY to rocket into the mid-102s.

Economic data flow is beginning to pick up after the relatively dull prior week, with inflation statistics for the UK, US, and Canada all set to be released this week.   The UK kicked things off this morning, seeing the value of their CPI basket increase by 1.9% on a year-over-year basis for January, missing estimates of a 2.0% rise and marking the first time inflation has been below the Bank of England’s target since November of 2009.

In addition to the soft reading on consumer prices, the BoE’s Miles was on the wires reiterating Mr. Carney’s prescription that there is no immediate case for higher rates in the UK, also saying that a rate hike would be too blunt for the housing industry.   As such, the pound is underperforming this morning, with Cable sinking below the 1.6700 handle, losing steam against the crosses as well.

With inflation in the UK making a sharp turn back towards the BoE’s target at the end of last year, that has allowed Carney and the BoE a little more flexibility in their rigid approach to forward guidance thus far, and although monetary policy appears a little more confusing across the Atlantic now the BoE has added more clauses surrounding slack in the economy, expect speculation around rate hikes to ramp up if this dip in consumer prices appears to be one that is short-lived.

Elsewhere in Europe, the survey of economic sentiment from institutional investors and analysts in Germany fell for its second month in a row, with the ZEW reading declining to 55.7 and missing estimates of 61.5.

While respondents noted that volatility in emerging markets, combined with slowing momentum in the US economy, were the main contributing factors to the disappointing February reading, the print could be categorized as a return to more stable levels rather than a drop signaling impending doom; therefore, the EUR is taking the news in stride so far this morning, gaining against the buck to try and pull further away from the 1.3700 handle.

Focusing in on the Loonie, data on foreign securities purchases over the month of December was just released, and showed foreigners reduced their holding of Canadian securities by $4.3bn for the final month in 2013.   The majority of the investment outflow was attributable to a divesture in short-term federal government bonds, with the net flow actually being worse than the headline if the money market side of Canada’s capital market hadn’t helped prop things up.   Interestingly enough, of the $4.3bn invested in Canadian money markets in December, the bulk of this was invested in short-term corporate paper denominated in USD.

Investment flows into Canada were fairly subdued into the latter-half of last year, although the sharp sell-off in the Loonie didn’t come until January so it will be next month’s numbers that are truly telling as to whether the Loonie’s weakness is a function of investors skeptical about the future performance of the Canadian economy, or it is merely a rebalancing of economic competiveness.   The Loonie is slightly lower against the USD this morning, although overnight action has kept the pair south of the 1.1000 level, marking near-term resistance for the pair.

Heading into the North American open, the momentum from the BoJ loan extension has stumbled after the close of Asia, with stocks trading less enthusiastically in Europe and equity futures west of the Atlantic only slightly positive before the opening bell.   Energy markets are shining this morning, with Natural Gas rising over $5.50 and front-month WTI piercing the $101/barrel mark.

Looking ahead to  tomorrow, Building Permits issued over the month of January in the United States are set to be released, with expectations the number will remain fairly flat at just below 1.0M on an annualized basis.   The rate of new permits being issued plateaued heading into the end of 2013, but after the hiccup last summer when fears around the Fed’s pace of asset purchases culled some prospective home builders, the housing market in the US remains on solid ground, with tomorrow’s number giving a good indication as to how well poised the housing industry is heading into 2014. 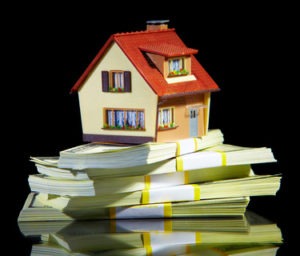 As traders on both sides of the 49th  parallel make it back to their desks after the holiday weekend, the overnight session kicked off with a bang, pushing Japan's fourth quarter GDP miss from  Sunday  evening out of sight and mind. On the heels of the inadequate economic growth statistics, the Bank of Japan held its regularly scheduled monetary policy meeting last night, and although the BoJ didn't institute a fresh round of QE or change its pledge to expand the monetary base by ¥60tn-70tn a year, they did decide to double the scale of two funding facilities aimed at…