Cardano’s latest protocol update will be a game-changer and could play a key role in triggering the ascent for the ADA price.

IOHK, the development team behind Cardano, announced the next protocol level update for Cardano, known as “Alonzo.” The roadmap reveals that this upgrade will arrive in the summer of this year.

The latest announcement comes after Cardano received two critical updates, the multi-asset support functionality and the Plutus platform. These updates will serve as a foundation on which the Alonzo update will be built.

This development will be implemented using IOHK’s hard fork combinator technology and will make Cardano a versatile platform for building smart contracts that fuel business needs.

The Cardano price is trading on the 12-hour chart inside an ascending triangle pattern, which constitutes several higher lows and a series of higher highs connected using trend lines. This technical formation forecasts a 46% upswing, determined by measuring the distance between the first swing high and low.

Adding this measure to the breakout point, aka the triangle’s base at $1.49, reveals the ADA price target of $2.16.

At the time of writing, ADA is hovering above the triangle’s hypotenuse at $1.18. The Cardano price shows that the Bollinger Bands tightly envelop it, suggesting that a highly volatile move will follow.

With the 50 Simple Moving Average (SMA) at $1.16 acting as a significant demand barrier, a bounce seems likely. If buyers push the Cardano price above the flat resistance at $1.49, it will signal a breakout. 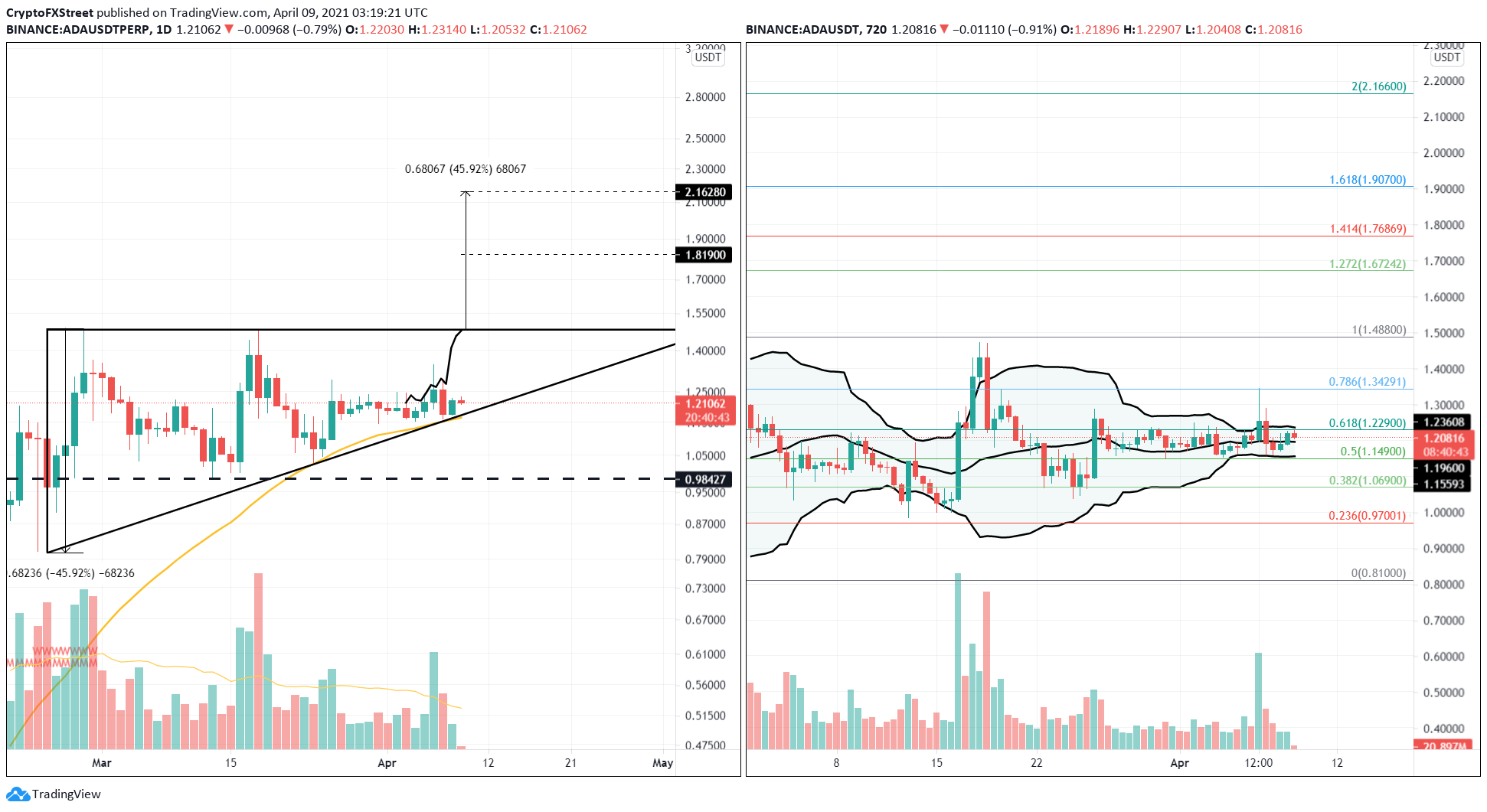 Regardless of the optimism, the bullish outlook will face the ax if the ADA price drops below $1.03, a 15% correction from the current price. Such a move will create a lower low and opens Cardano up to further downside pressure.

If the bearish momentum persists, a 7% slide to $0.96 seems likely.

EUR/USD: Time to turn down from 1.19? Dark clouds may overcome Powell’s dovishness

IOHK revealed Alonzo, the next protocol update for the Cardano blockchain. The upgrade will build on top of the recent releases like Mary, Allegra and so on to bring smart contract capabilities. ADA price falters but holds up as buyers eye a 78% bull run to record levels. Cardano's latest protocol update will be a game-changer and could play a key role in triggering the ascent for the ADA price. Alonzo promises major makeover IOHK, the development team behind Cardano, announced the next protocol level update for Cardano, known as "Alonzo." The roadmap reveals that this upgrade will arrive in…