These are the main highlights of the CFTC report for the week ended on May 21. 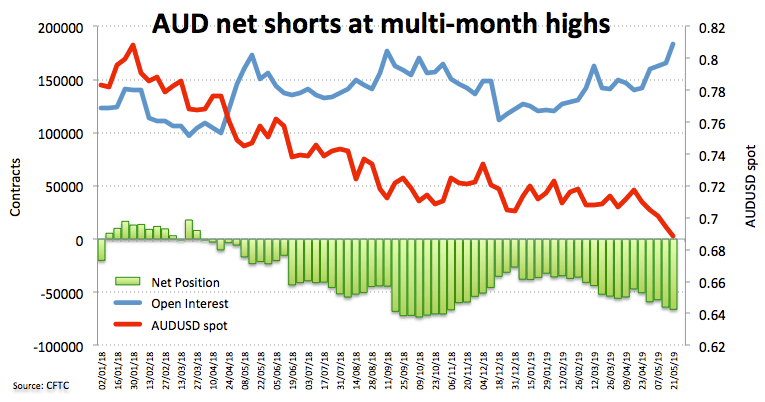 Get the 5 most predictable currency pairs
Previous ArticleGBP/USD reverses sharply to 1.2700 as Brexit uncertainty weighs
Next Article USD/JPY sidelined ahead of a strong rebound – UOB