Chainlink price rose a whopping 100% between January 22 and February 20. The market-wide crash on February 22 added to the oracle token’s woes as investors have continued to book profits since then, resulting in a 30% drop.

Chainlink price action from January 22 has been a series of higher highs and lower lows. Interestingly, the SuperTrend indicator’s buy signal flashed on January 14 provided support for this uptrend.

Joining these swing highs and swing lows using trendlines results in an ascending parallel channel. This technical formation forecasts a 24% downswing, which is the distance between the swing high and swing low, measured from the breakout point at $28.88.

Chainlink price turned bearish as the crash on February 22 invalidated the SuperTrend indicator’s buy signal and developed a sell signal. 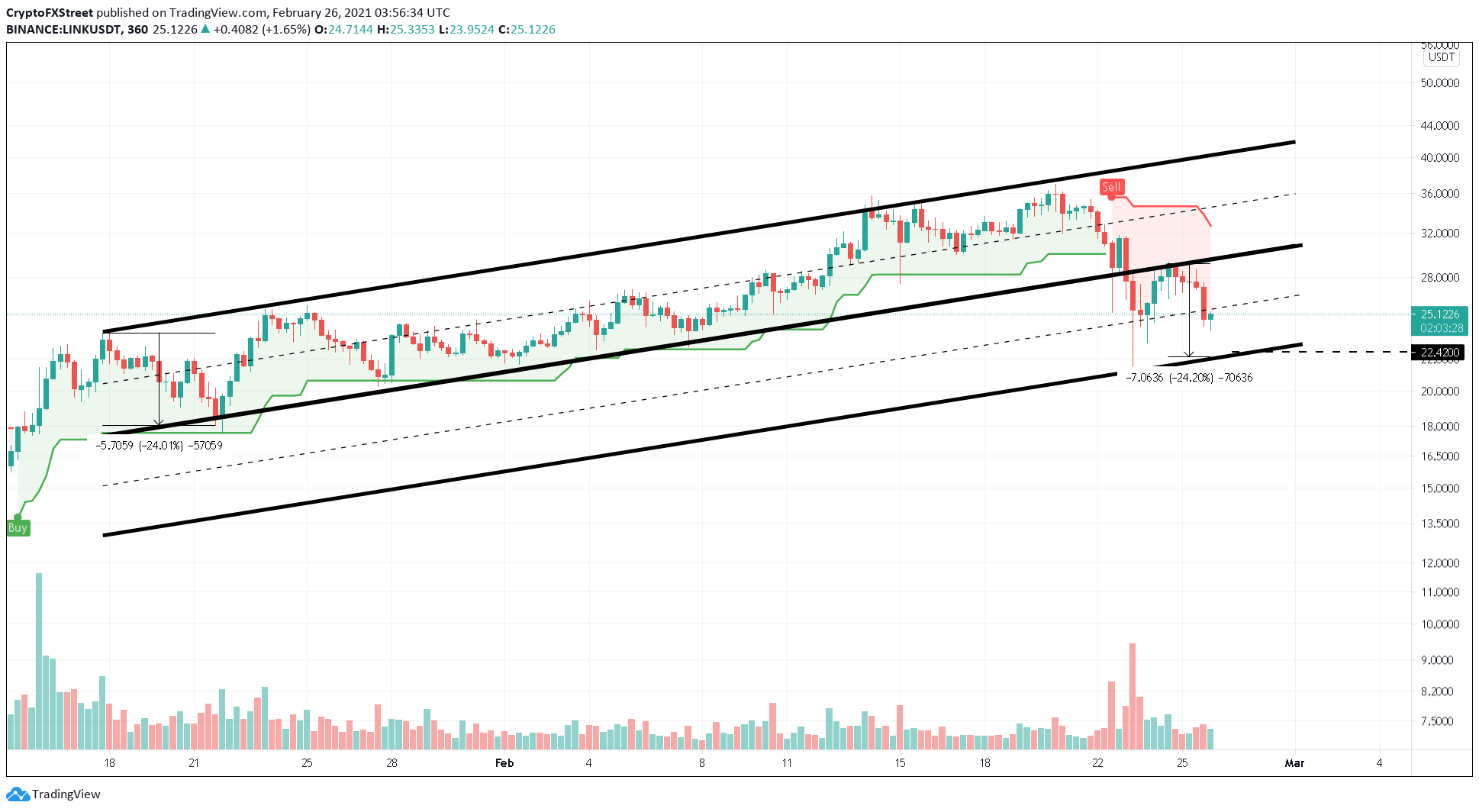 Based on IntotheBlock’s In/Out of the Money Around Price (IOMAP) model, about 18,000 addresses purchased nearly 32.43 million LINK around $26.67. Investors around this price level went “Out of the Money,” as Chainlink price dropped 12% in a single six-hour candle on February 25.

At the time of writing, the bearish momentum seems to persist and might push LINK even lower. IOMAP cohorts show that the next stable support is $22.42, where 9,000 addresses hold roughly 13 million LINK.

A sudden spike in selling pressure resulting in a breakdown of this support barrier could be fatal. In such a case, Chainlink price could drop to $18.60, according to Global In/Out of the Money (GIOM). Here nearly 36,000 addresses hold roughly 33 million LINK.

On the other hand, investors should note that a six-hour candlestick close above the breakout point at $28.88 would invalidate LINK’s bearish thesis. In such a scenario, Chainlink price might climb towards the next supply barrier at $30.36.