Chainlink price is currently changing hands at $28.90 with a bullish bias having gained 2% in the last 24 hours as bulls are determined to hold it above the 200-day Simple Moving Average (SMA) around $28. After the September 07 crypto market flash crash, LINK has found dynamic support from the 50-day SMA which currently sits at $27.02 acting as immediate support.

Chainlink price dropped by approximately 9.15% in the week ending September 11. Significantly worse that the 16% rise witnessed the previous week. Chainlink closed Sunday September 12 in the green at $29.41.

Chainlink price started the week on trading in the red as the bulls pushed the oracle cryptocurrency below the 200-day SMA at $28 closing the day at $26.95 on Monday. Chainlink recorded an intraweek low of $25.31 on Monday

Tuesday’s bullish session saw Chainlink price rally approximately 15% rising above the $30 psychological level to close the day at $30.82. A rise of this magnitude meant that the buyers were significantly controlling LINK. However, the bearish doji stick shows that the bears and bulls were cancelling out as the price traded in indecision around $30.82.

LINK traded in three straight bearish sessions between Wednesday and Friday reaching an intraweek high of around $32.34 on Thursday. This bearish price action pulled LINK below the 200-day SMA but today’s bullish session has brought it back above this crucial support again.

During this week LINK Rose 15% and continuously held on to the support provided by the 50-day SMA. This has been the week’s upside.

Chainlink price, The Week Ahead

The Chainlink price prediction for the week ahead is bullish as prepares for a 33.35% rise to $38.44.

Note that after the sharp drop from the four-month high at $37.15 on September 06, the LINK/USD price has formed a pennant on the daily chart. This chart pattern will be confirmed after the price breaks above or below the formation.

The 200-day Simple Moving Average (SMA) ($0.928) and the 100-day SMA ($0.872) have flattened out and the Relative Strength Index (RSI) index is positioned close to the midpoint at 52.53, suggesting a balance between selling and buying pressure. Moreover, the movement of the Moving Average Convergence Divergence (MACD) indicator close to the zero line suggests that the Chainlink (LINK) price market momentum is currently neutral.

A bullish breakout will be realised if LINK closes the day above the resistance line of the pennant suggesting a correction upwards. The first target objective on the upside is a move to $30.0 and a break above this level, the Chainlink price may rally to $38.44, the measured target of the govern chart pattern. This represents a 33.35% rise from the current price.

Note that the upward movement of the RSI shows that the market momentum is bullish. Moreover, the position of the MACD above the zero line in the positive region shows that LINK’s market sentiment is positive.

Moreover, on-chain data from In/Out of the Money Around Price (IOMAP) model shows that LINK sits on strong support around the $27.0 mark, embraced by the 50-day SMA. This support base is within the $26.76 and $27.59 price range where approximately 12.23 million LINK were previously bought by roughly 24,290 addresses. Such support is robust enough to absorb any selling pressure that might ensue. This adds credence to Chainlink’s bullish narrative.

Therefore, bulls need to make sure that Chainlink price does not slip below the 50-day SMA as it is crucial for a bullish breakout.

On the upside, if bulls fail to hold above the 200-day SMA and LINK closes the week on Sunday below the 50-day SMA, the asset could tag the September 13 intraweek low around $25. A clear bullish breakout for the week will be realised if Chainlink breaks below this level. If this happens, LINK may be forced to revisit the September 07 low around $23.40 or the 100-day SMA around $22.80.

The negative parabolic SAR and movement of the MACD line (blue) below the signal line (orange) validate this bearish outlook.

Looking to buy or trade LINK now? Invest at eToro! 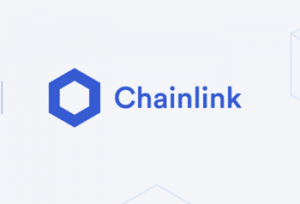 Chainlink price has risen by more than 5.78% over the last seven days recording an intraweek high of about $32.36. If the governing chart pattern is confirmed, LINK could rally to $38.44, a 33.35% rise from the current price. IntoTheBlock’s IOMAP model shows that LINK is sitting on strong support provided by the 50-day SMA adding credence to Chainlink’s bullish narrative. The upsloping RSI is an indication that the asset’s market momentum is slightly bullish. Chainlink price is currently changing hands at $28.90 with a bullish bias having gained 2% in the last 24 hours as bulls are determined to…