Chiliz price saw two massive rallies over the past week due to European Cup. However, the current upswing appears to have hit a local top and shows signs of exhaustion and potential reversal.

Interestingly, this move found support on the 50% Fibonacci retracement level at $0.266, which is the midway point of the range that stretches from $0.164 to $0.368. Chiliz price market structure looks strong when looking at this range and how the altcoin has never stayed below $0.266 for too long.

Therefore, the 26% pullback was bound to restart the upswing for Chiliz price. From June 13 to June 16, CHZ rose roughly 40%  due to the Coinbase Pro listing. This uptick formed a peak at $0.368.

Now, the Momentum Reversal Indicator (MRI) has formed a sell signal in the form of a red ‘one’ candlestick on a 6-hour chart, indicating that the run-up has reached its end and that a reversal is likely. This technical formation forecasts a one-to-four candlestick correction.

In certain conditions, CHZ might head to the 50% Fibonacci retracement level at $0.266. 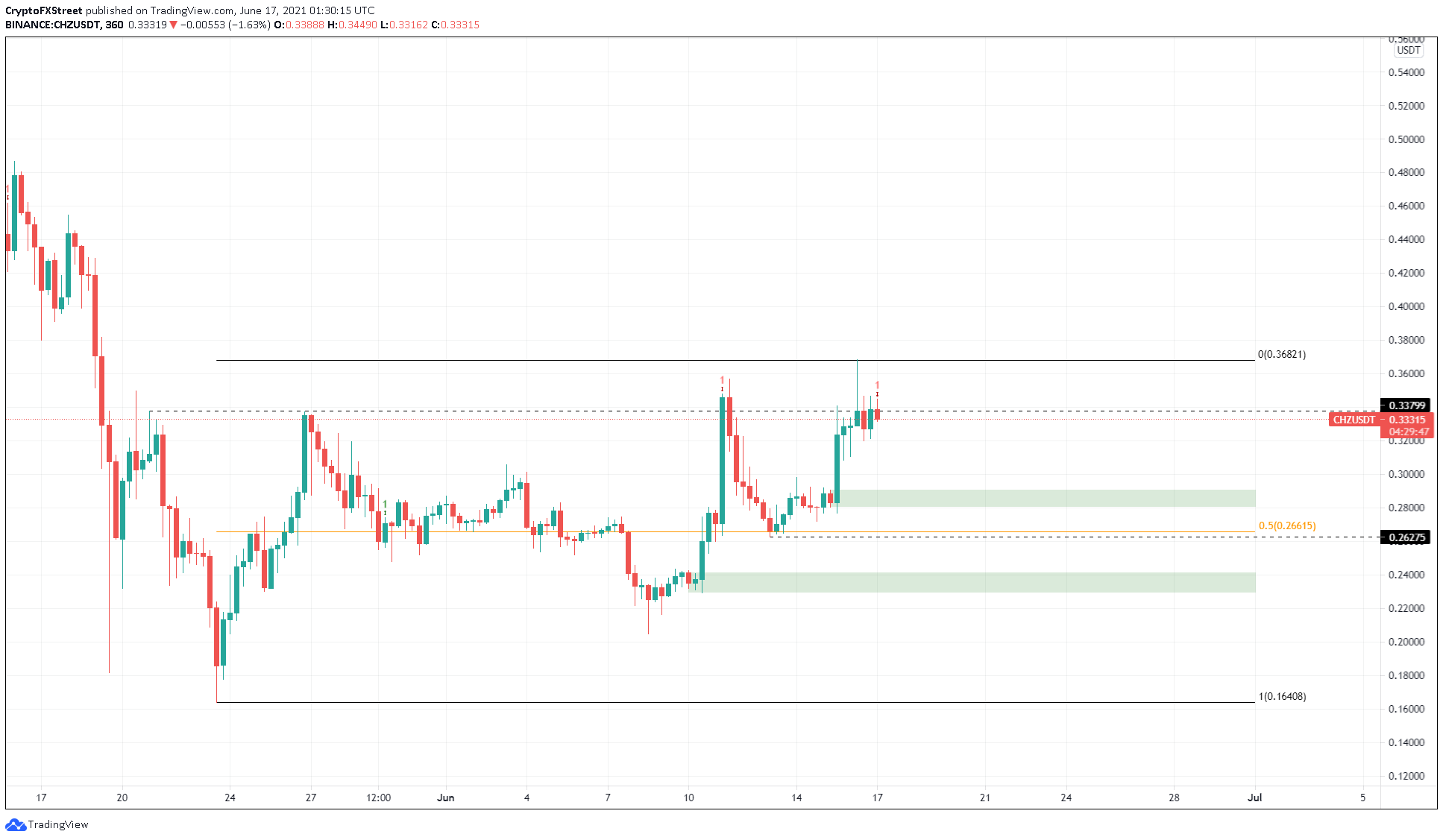 While a decisive close below the recent swing low at $0.263 will indicate the creation of an equal low, a 6-hour candlestick close below this level will invalidate the bullish thesis for Chiliz price.

Chiliz price has been on a tear as it rallied 40% between June 15 and June 16. Like the initial run-up, the current rally has peaked, as indicated by the MRI. A 12% correction to the demand zone, ranging from $0.280 to $0.291, seems likely. Chiliz price saw two massive rallies over the past week due to European Cup. However, the current upswing appears to have hit a local top and shows signs of exhaustion and potential reversal. Chiliz price eyes a higher low Chiliz price rose roughly 55% due to the start of the Euro 2020 tournament. However, this…