Home » Chiliz Price Prediction: CHZ prepares to catapult 200% and beyond

Chiliz Price Prediction: CHZ prepares to catapult 200% and beyond

Chiliz price is preparing for another explosive run-up that could be the start of a larger bull rally.

On the 12-hour chart, Chiliz price reversed its downtrend after retracing nearly 62% from its highs. The new uptrend pierced into the 4-hour supply zone that ranges from $0.68 to $0.89 but failed to breach it. Now a pullback toward the demand is underway.

This downtrend could be cut short by the Momentum Reversal Indicator’s (MRI) State Trend Resistance at $0.61.

Although CHZ price could break down this resistance level, it could see a resurgence of buyers around the upper boundary of the support barrier at $0.52.

Therefore, a spike in bullish momentum that results in a decisive 12-hour candlestick close above $0.89 will signal the start of a new rally.

Secondary confirmation of this upswing will arrive after the Chiliz price overcomes the all-time high at $0.95. After convincingly surpassing this crucial point, investors can expect CHZ to surge nearly 200% to $1.95 from the current price level.

If the FOMO kicks in during this rally, CHZ bulls could target $3, which would be a 340% surge. 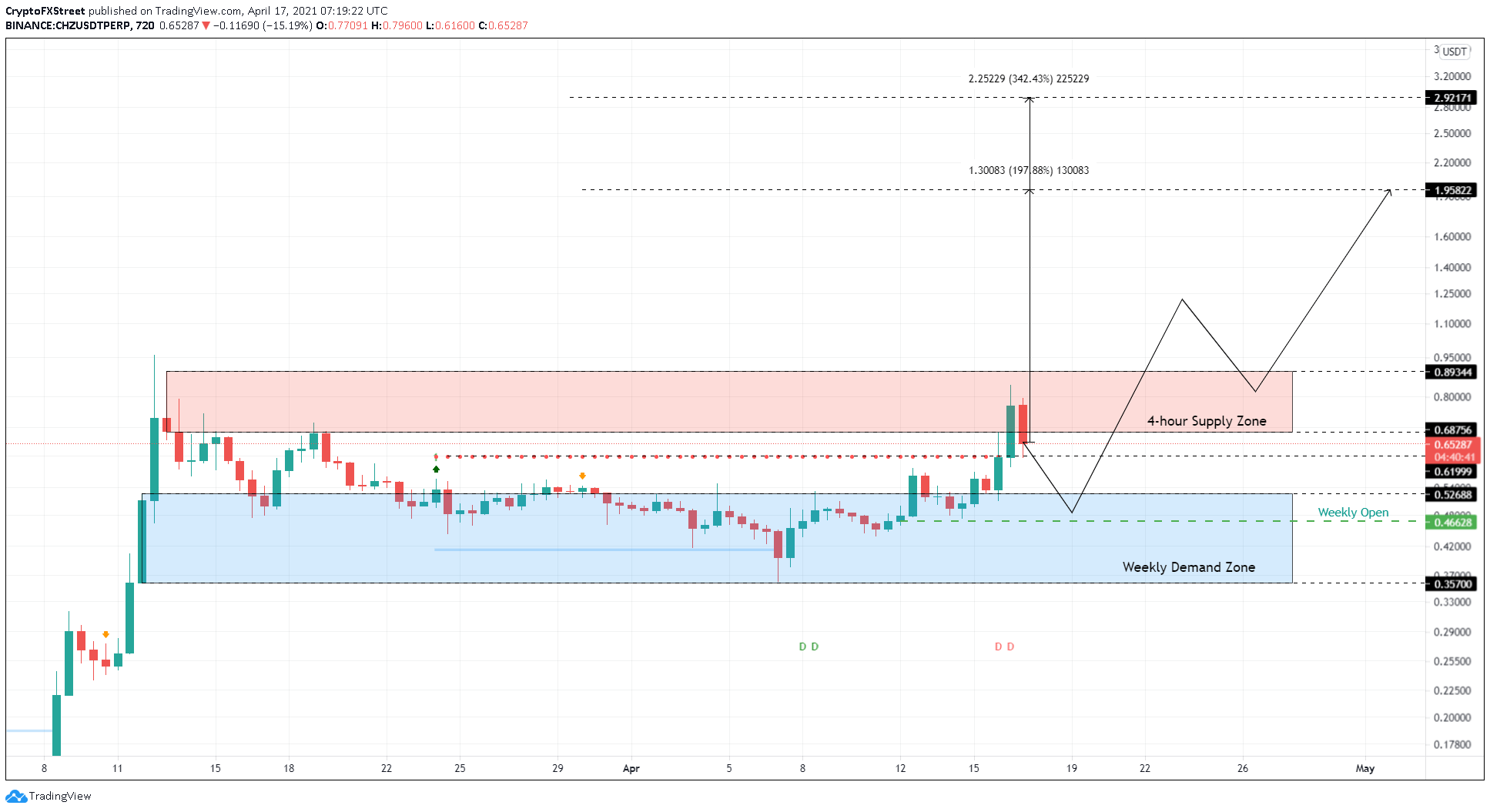 Regardless of the bullish outlook, a breakdown of the current weekly open at $0.46 could signal weakening buyer pressure that could either halt the upswing or delay it. The worst-case scenario that could invalidate the bullish outlook would be for the Chiliz price to shatter the lower band of the demand zone at $0.35.

Chiliz price has been on an extended consolidation phase for more than a month. A recent spike in buying pressure has allowed CHZ to take a jab at the supply zone ranging from $0.68 to $0.89. For a massive bull rally, a decisive close above the upper boundary of this zone is a must. Chiliz price is preparing for another explosive run-up that could be the start of a larger bull rally. Chiliz price stuck between two crucial levels On the 12-hour chart, Chiliz price reversed its downtrend after retracing nearly 62% from its highs. The new uptrend pierced into…