Coinbase listings are always extremely positive when it comes to the price action of an asset. All three newly listed cryptocurrencies have been supported on Pro since the end of 2019 so the announcement didn’t really come as a surprise. 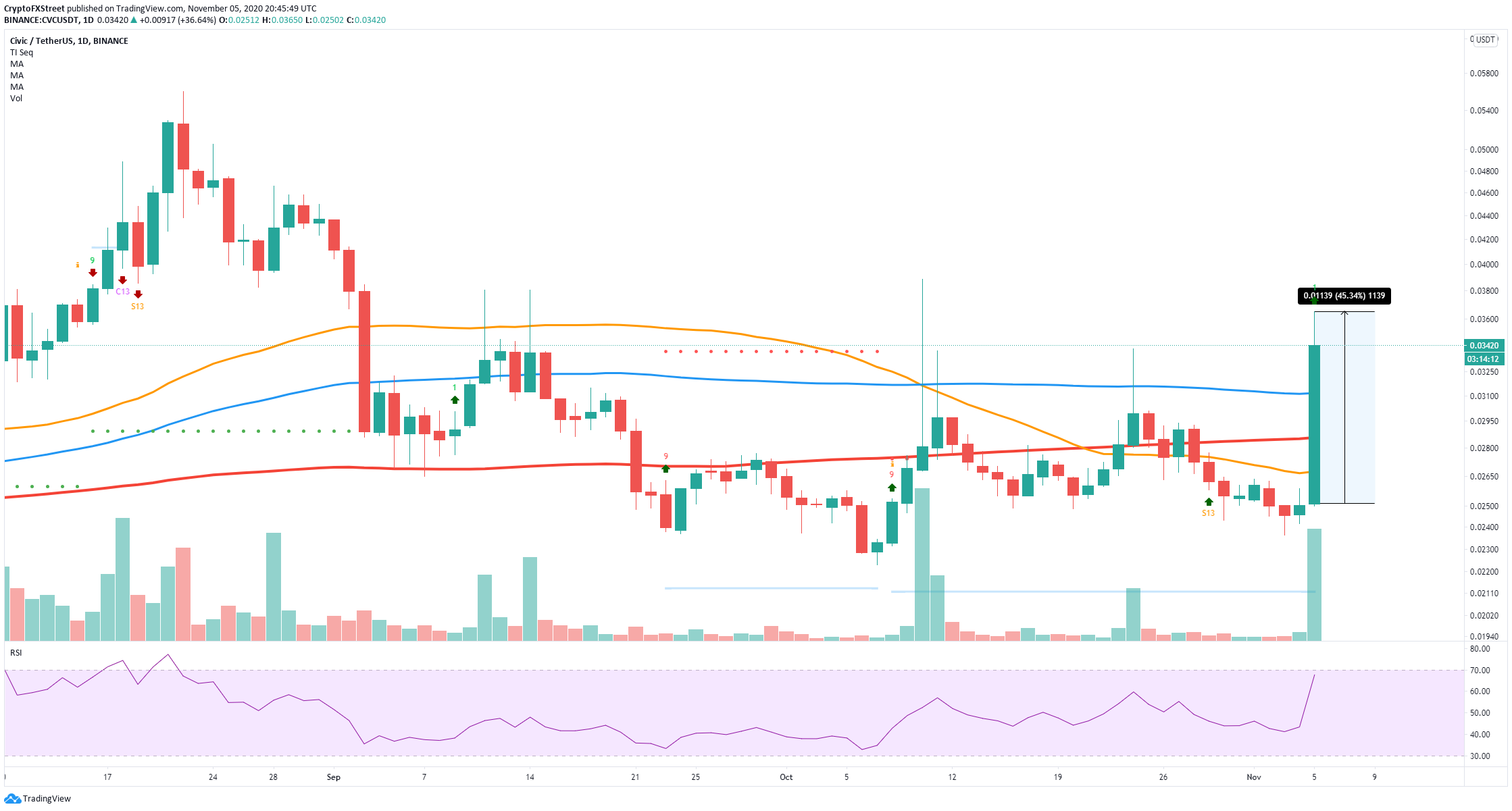 A massive spike in trading volume can also be observed which shows there is a lot of strength behind the bullish rally. The RSI is on the verge of overextension for the first time since August 21 but it won’t necessarily stop CVC from rising higher targeting $0.0388.

MANA is up by more than 20% within the past 24 hours after the listing on Coinbase. However, the digital asset still faces a significant resistance level at $0.074, in the form of the 50-SMA on the daily chart, which has rejected the price several times in the past. 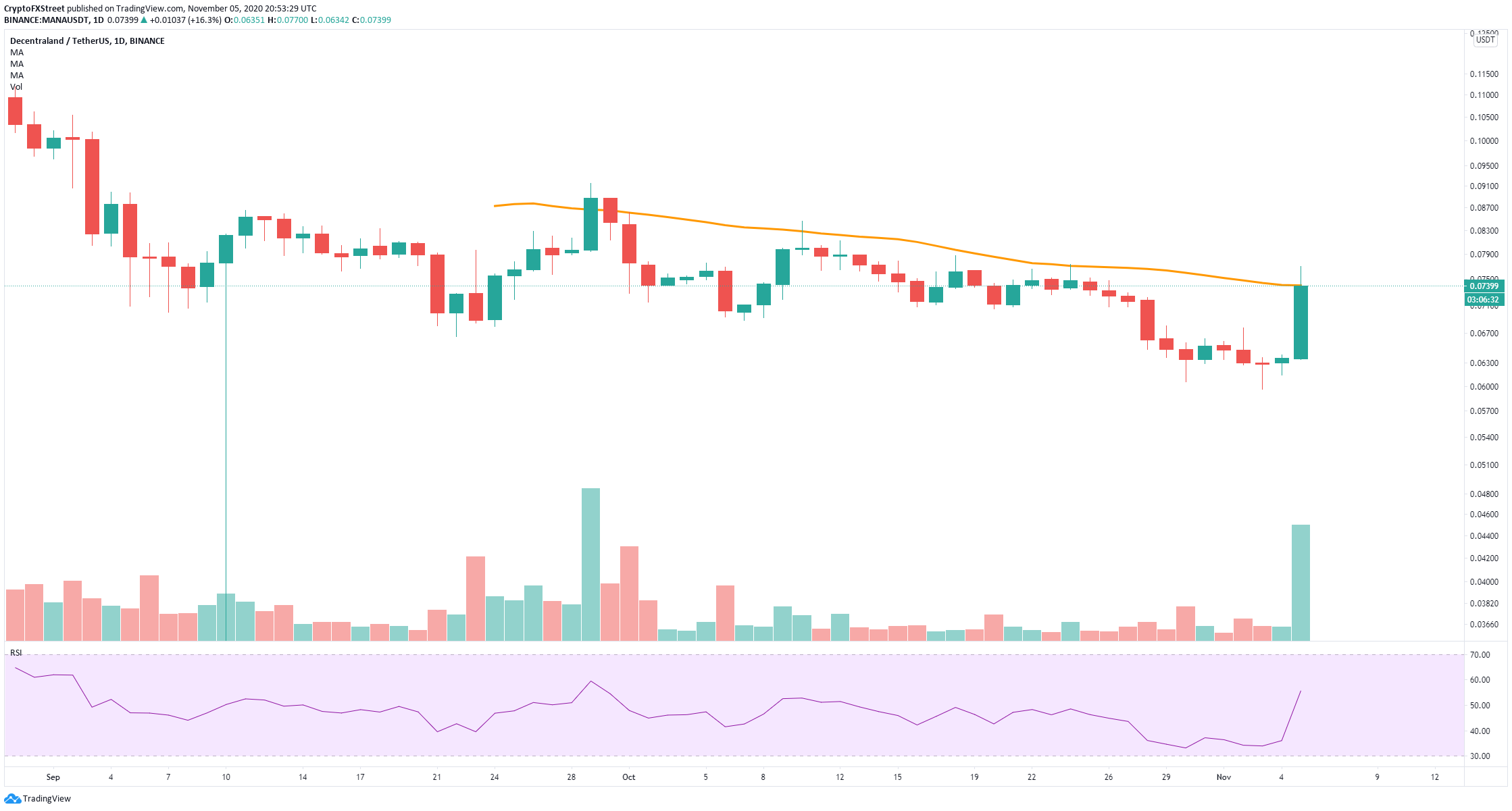 Rejection from this SMA again could easily drive the price of MANA towards $0.07 in the short-term and as low as $0.063, which was the low before the recent price spike. The daily downtrend is also still intact.

On the other hand, a breakout above $0.074 would be significant as the level has acted as a robust resistance level for two months. The next price target for the bulls would be at $0.0845 and $0.091.

DNT is the clear winner jumping 150%

District0x is by far the winner from the Coinbase listing after a 150% price spike from a low of $0.0086 to a peak of $0.0214 and still currently trading at $0.0181. The digital asset has defended the 50-SMA for almost two weeks in a row, establishing it as a robust support level. 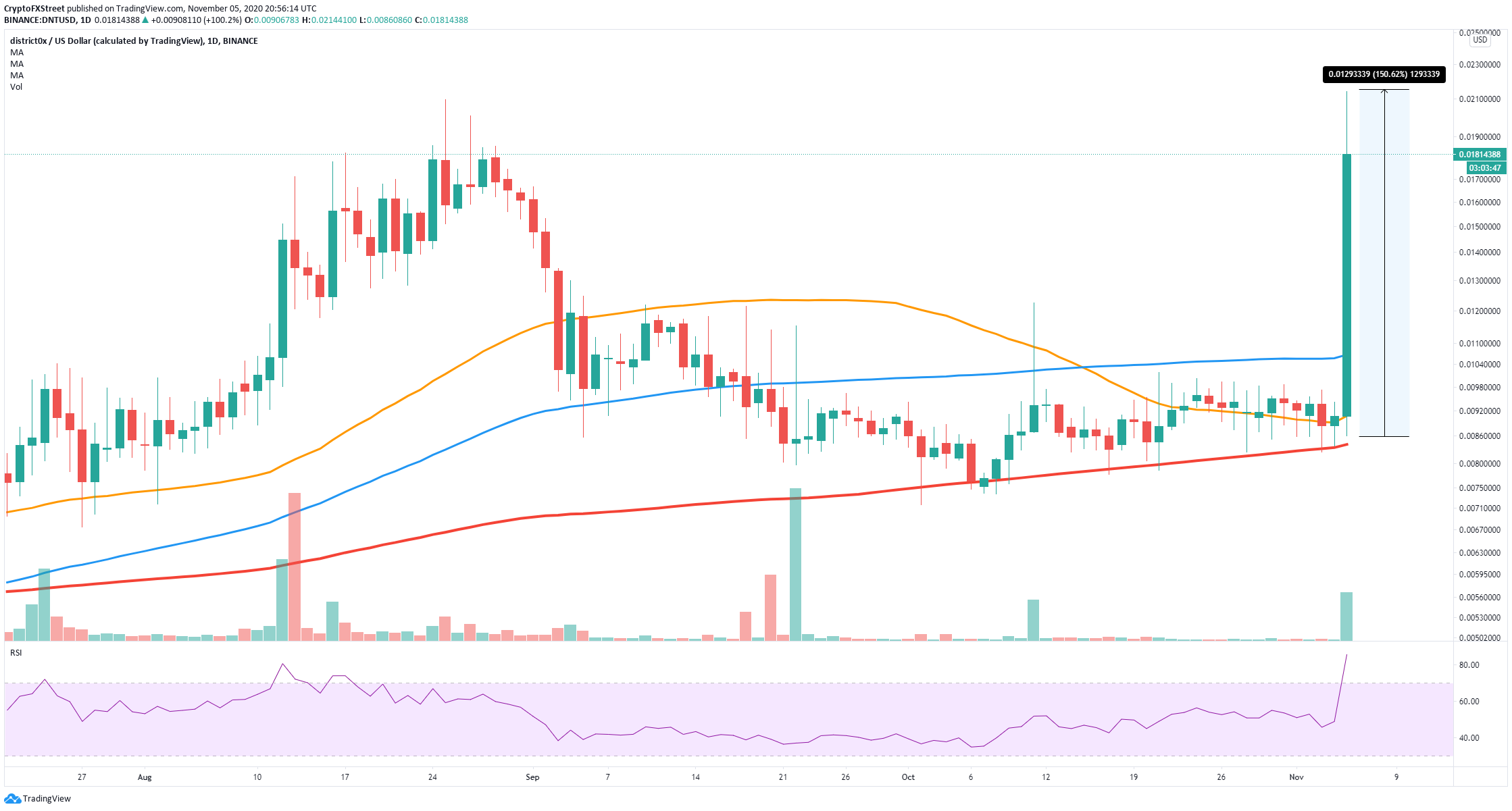 On top of that, the 100-SMA was also cracked and it’s now another support level. Many resistance levels were broken and the next price target seems to be at $0.03, the high of June 2019.

Civic (CVC), Decentraland (MANA), and districtox (DNT) have been listed on Coinbase. All three cryptocurrencies experienced significant spikes in trading volume and price within the next few hours of the listing. Coinbase listings are always extremely positive when it comes to the price action of an asset. All three newly listed cryptocurrencies have been supported on Pro since the end of 2019 so the announcement didn’t really come as a surprise.  Civic price explodes 45% after Coinbase listing CVC was trading at $0.025 before a massive spike towards $0.0365 and continues trading at $0.0342. The digital asset has climbed above…