Latest
You are at:Home»FXStreet News»Crude Oil Futures: Bullish with caution

CME Group’s advanced readings for crude oil futures markets noted open interest shrunk for the second session in a row on Tuesday, now by around 3.6K contracts. On the other hand, volume went up by nearly 235.5K contracts.

Prices of the WTI rose on Tuesday on the back of diminishing open interest, hinting at the idea that further gains could run out of steam in the very near-term. In the meantime, the next key hurdle remains at the February 2020 peaks near $54.50 per barrel. 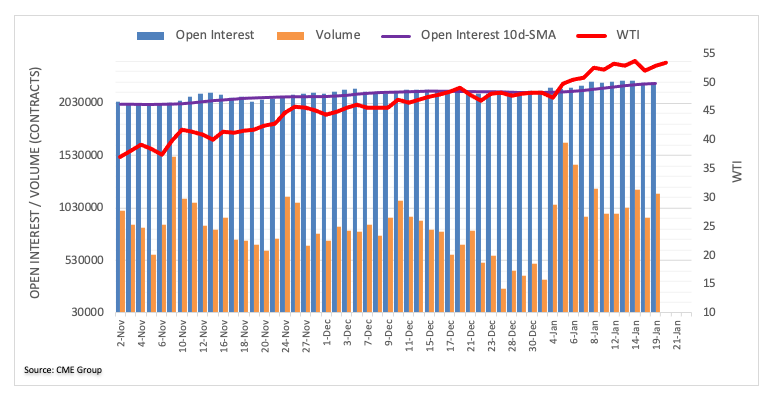 Get the 5 most predictable currency pairs
Previous ArticleUSD/JPY flirts with session lows, around 103.75-70 region
Next Article AUD/USD: Downside risks alleviated above 0.7765 – UOB