ETH/USD is currently trading at $254 (-9.90%), Ethereum was an outperformer in the session today, as the price looks to break down resistance from $270-90 price range. 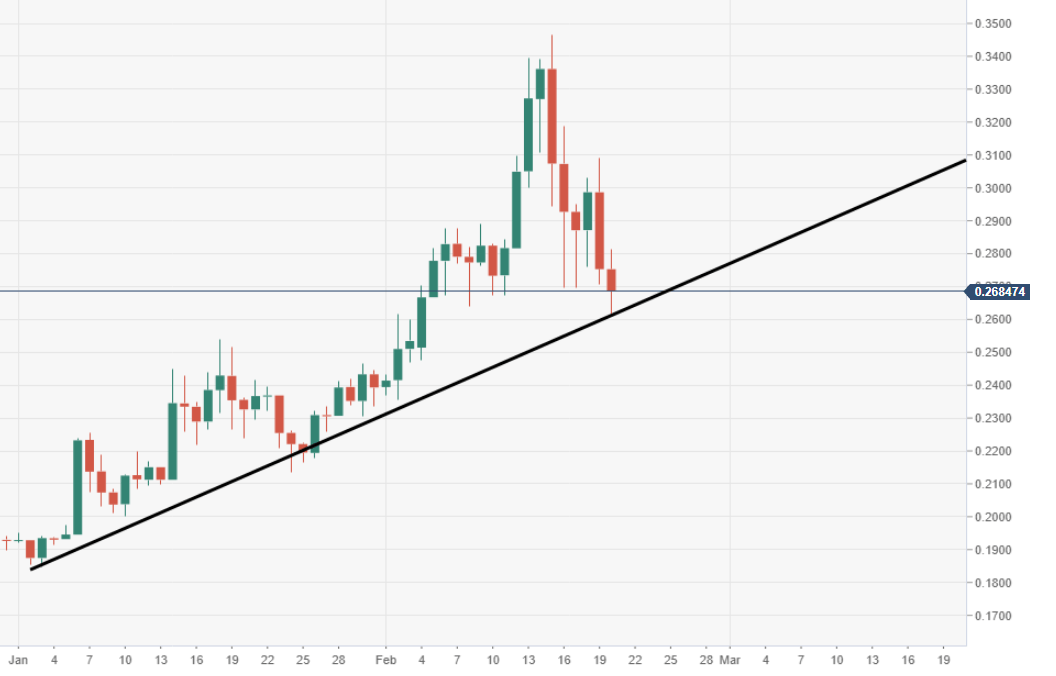 The Cardano (ADA) network will perform a scheduled upgrade on Feb. 20 to introduce Ouroboros BFT, an improved consensus mechanism. The update is an intermediate step between the current Byron era and Shelley, which will introduce staking on mainnet.

Digital currency and blockchain governance network Dash has joined forces with fiat infrastructure provider Simplex, enabling DASH to be purchased with credit card. As part of the agreement, DASH will be offered by Simplex for purchase with credit cards through its partners.

Russia’s Federal Security Service (FSB), the successor of KGB, agreed with the Central Bank of Russia that cryptocurrencies should not be allowed as means of payments on the territory of Russia, a local portal reported.

The Riksbank of Sweden is starting to test Europe’s first central bank digital currency (CBDC), they said in a statement made Wednesday. The Swedish central bank says the goal of the testing is to show that citizens could benefit from using an e-Krona that’s as easy to send as an email.

The Central Bank of Brazil (BCB) has announced a plan to launch a new near-instant payment system during November. The platform, called the Brazilian Instant Payment Scheme (PIX), will facilitate peer-to-peer and business-to-business transactions in 10 seconds or less via mobile phone, internet banking, or select ATMs.

Cisco and Japan’s NEC Corporation have entered a strategic partnership to track network equipment produced by the former on a permissioned blockchain.

The $13 billion deal marks Morgan Stanley’s largest takeover since the crisis of 2008, also bringing along E*Trade’s five million clients, $360 billion in assets and an online bank, the Wall Street Journal reported on Feb. 20.

I personally believe the halving (Bitcoin) has not been priced in.