ETH/USD is currently trading at $281 (+0.90%), Ethereum was an outperformer in the session today, as the price looks to break down resistance from $270-90 price range. 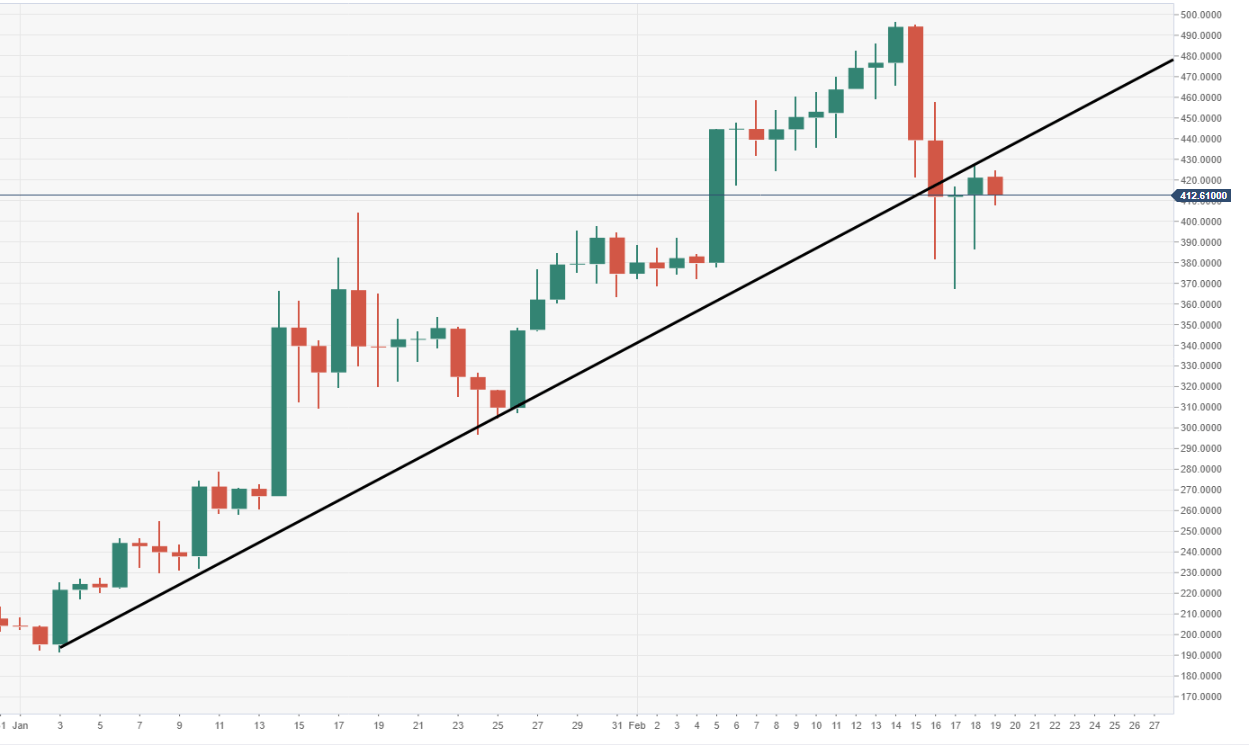 Following a request by the New York Southern District Court, a division at the Commodity Futures Trading Commission (CFTC) has filed a letter with the court on Feb. 18, expressing its views on the complicated case involving Telegram’s digital currency Gram. According to the letter, the CFTC’s stance on the case is “relatively straightforward” and stipulates that a “digital currency is a commodity.” Submitted by the CFTC’s Office of General Counsel, the letter represents the views of the division, and not necessarily of the CFTC itself or of any individual Commissioner.

Democratic Party Presidential Aspirant and CEO of Bloomberg L.P, Michael Bloomberg, pledged to provide a clearer regulatory framework for cryptocurrency and other matters relating to digital currencies, as part of his financial reform policy.

According to a Feb. 19 by Bloomberg Tax, the IRS has invited cryptocurrency companies and advocates to appear for a March 3rd summit in Washington DC. Among the aims of the summit are determining how to “balance taxpayer service with regulatory enforcement.”

The government of Hubei, the Chinese province at the epicenter of the COVID-19 (Coronavirus) outbreak, issued a report, detailing measures taken against the disease. The officials revealed that they tracked both offline and online purchases of fever medicine to organize relief efforts.

An alleged drug dealer lost 52 million euro (over $56 million) in Bitcoin (BTC) after the Irish High Court ruled that they were criminal proceeds and should be confiscated.

Local news outlet Independent.ie reported on Feb. 19 that the court accepted that Clifton Collins was involved in drug trafficking.

I think in the long term it’s possible because today Bitcoin’s transaction activity is twice that of PayPal, 7x the Discover network. It’s the second-largest transaction network after Visa, and there are four billion Visa cardholders. So if you get to five million Bitcoin users, it’s almost 100 x increases in price.