Home » Crypto Today: Bitcoin could be heading for a $7000 return

Crypto Today: Bitcoin could be heading for a $7000 return

Chart of the day: XRP/USD daily chart (A critical secondary trend line of support has prevented the price from free-fall. 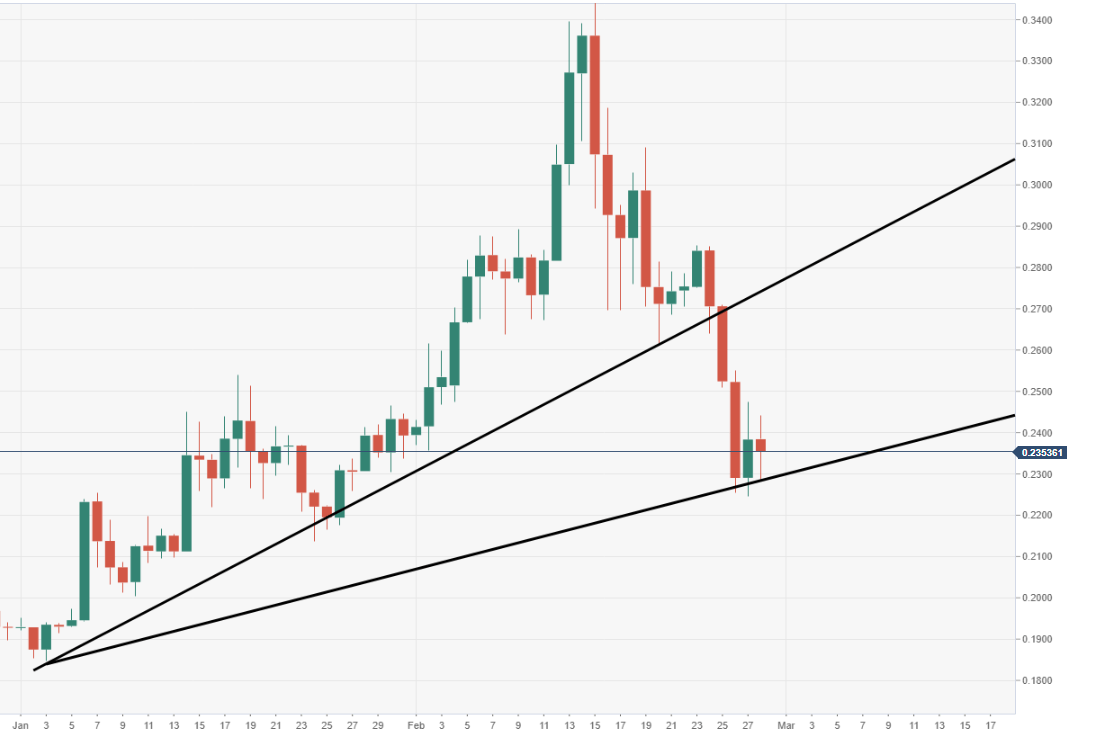 The federal district court in the United States have decided to give the green light to a lawsuit claiming that XRP is an unregistered security from Ripple.

The Litecoin Foundation announced a partnership with MeconCash to roll-out Litecoin (LTC) to Korean won withdrawals and remittances from 13,000 ATMs in South Korea. The partnership will see LTC integrated onto MeconCash’s M.Pay payments platform. Litecoin will also be accepted as payment on MeconCash’s retail platform MeconMall, and to pay for games that accept M.Pay rewards.

The federal district court in the United States have decided to give the green light to a lawsuit claiming that XRP is an unregistered security from Ripple.

Japanese messaging giant Line has shuttered its Singapore-based crypto exchange and relaunched it as a global, rebranded United States-based platform.

Cryptocurrency exchanges OKEx and Bitfinex are suffering multiple denial of service attacks. It is unclear as of now if the attacks are connected, though OKEx CEO blamed competitors on his personal Weibo page.

Ripple’s partner, SBI Remit will closely work with Fukushima Bank, which is one of the major Japanese financial institutions, to enable the fast transfer of money. SBI Remit, a partner of Ripple which uses its RippleNet, announced that it will partner with one of the largest banks in Japan Fukushima Bank. The partnership will see Fukushima Bank responsible for handling all SBI international remittance services.

Where I live the entire yieldcurve is negative: 1Y interest rate, 5Y, 10Y, 30Y all below zero. Soon in US too. This is a problem because banks already charge negative rates on savings accounts. Also, pension funds have trouble making enough return. Bitcoin could be the solution.

GBP/USD Price Analysis: Pound tumbles to its lowest since October 2019 vs. US dollar