Chart of the day: BTC/USD weekly chart (Price action has formed a bearish evening star formation via the weekly. A confirmation of change in bias would be of the current weekly closes below the prior week) 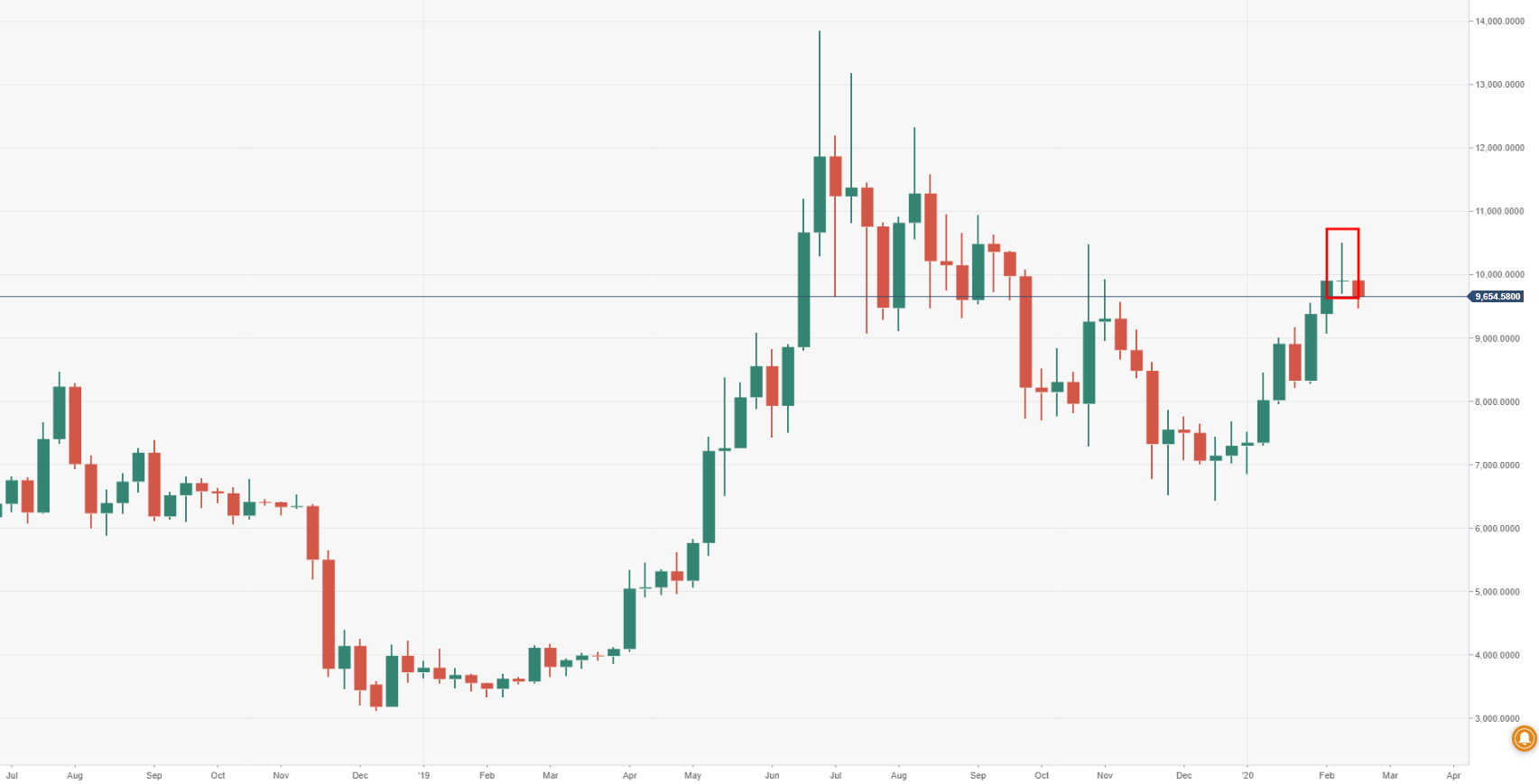 The Electric Coin Company (ECC) and the Zcash Foundation (ZF) has agreed to approve Zcash Improvement Proposal (ZIP) 1014. The team says the ZIP 1014, which aims to allocate 80 percent of Zcash (ZEC) issuance to miners, has received huge support from the entire Zcash ecosystem, according to reports on February 17, 2020.

The IOTA Foundation announced the release of a safe Trinity wallet version for desktop while investigating missing funds. The IOTA Foundation warned owners trying to check their balance not to trust contacts on the official Discord channel. Scammers are contacting participants with claims on being able to recover lost coins. For now, the IOTA network remains virtually closed for about five days already, while the network reported rogue transactions and stolen funds. Users can download the new Trinity wallet desktop version to check balances and report missing funds. the IOTA Foundation team announced,

The Central Bank of Russia (CBR) published a new set of rules for suspicious transactions, Russian finance publication RBC reported on Feb. 17. The update broadly categorizes any cryptocurrency-linked transaction as a potential money laundering risk. The bank issued an update to directive 375-P, which lists all signs of suspicious activity that may be linked to money laundering. This is the first such update since 2012, when the initial regulations were introduced.

Binance has officially unveiled its own white label solution, Binance Cloud, which allows enterprises set up their own crypto exchange and delve into trading of virtual assets. In the future, this platform could also be used to launch virtual tokens via an IEO (initial exchange offering) platform and introduce OTC trading services, helping partners pump in more funds.

Soccer fans in Europe will join the ranks of early blockchain adopters thanks to a new initiative by the Union of European Football Associations (UEFA). According to a Feb. 17 announcement, UEFA will distribute over one million soccer match tickets via a blockchain-enabled mobile application. The organization claims that this new ticketing system will make “entry into the stadium smooth, safe and secure.”

The Bitcoin halving is not priced in.