Home » Crypto Today: There is a risk of double top formations via daily chart views

Crypto Today: There is a risk of double top formations via daily chart views 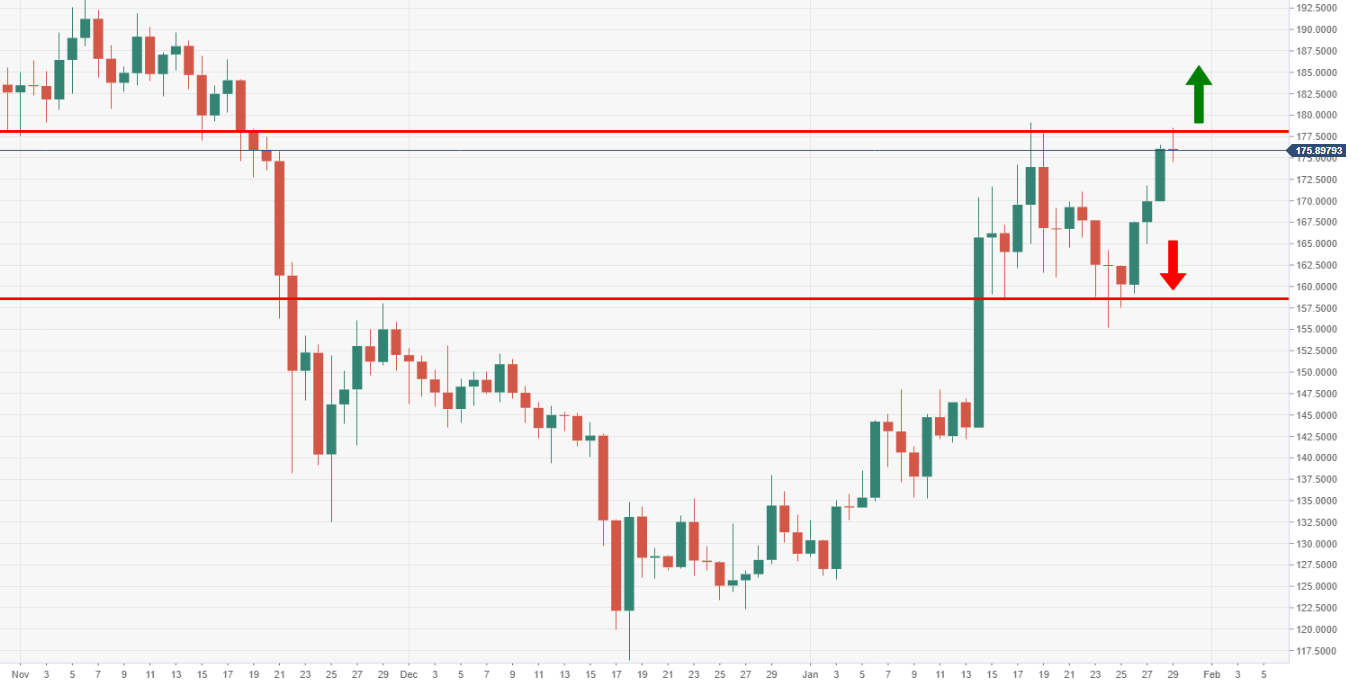 Ripple’s Xpring initiative XRPL Labs is getting ready to launch its Xumm banking application. The app will allow users to store fiat and digital currencies in the wallet account, without any intervention from banks. In other words, Xumm offers banking services without banks getting involved.

0x (ZRX), an Ethereum-powered open-source protocol that enables peer-to-peer (P2P) exchange of cryptoassets via smart contracts, has announced the launch of its new 0x application programming interface (API). the 0x API makes it possible for DeFi developers to swap tokens at the best price on decentralized exchanges (DEXs), easily execute swaps in smart contracts and more, according to a blog post

According to the official Dash Pay Twitter account, the new partnership opens up a gateway for Mexican crypto investors to buy Dash directly using the Mexican peso. The official announcement reads, “Congrats to Tauros for also launching their 11k ATM-strong network for deposits throughout Mexico, users can now purchase #Dash w/ cash!”

Bitcoin Cash has been added to Mecon Cash’s M.Pay platform which is integrated with over 13,000 ATMs in South Korea. By making bitcoin cash usable for withdrawing won across the country, Mecon Cash is ensuring that BCH users in Korea can always make urgent and small transactions in any place that still does not accept peer-to-peer electronic cash directly.

Cardano (ADA) revealed a new paper on Jan. 27 in which the firm details how smart contracts will be implemented in the upcoming Goguen update. Though the system is unique, its release date is still uncertain in light of Cardano’s history of delays.

Swiss regulators have given the go-ahead for what is purportedly the country’s first fully compliant initial public offering (IPO) on a blockchain.

The Monetary Authority of Singapore (MAS) has announced the commencement of the city-state’s new Payment Services Act. The law mandates the implementation of a licensing regime that applies to payment providers, exchanges and other platforms dealing with cryptocurrencies. Their operators are obliged to meet anti-money laundering and counter-terrorism financing regulations.

According to a report by The Economic Times published on January 28, 2020, India’s National Institute for Smart Governance (NSIG) – a public-private body promoted by the Central government and software industry lobbying group NASSCOM – has recommended that laws and regulations should cater to the functions performed by technologies such as blockchain and not to the technology itself.

Dubai is looking to further embrace cryptocurrencies. Together with the DMCC, the goal is to create an ecosystem for cryptographic, blockchain, and distributed ledger technologies.  Fostering growth and collaboration in all of these industries is crucial to achieve mass adoption .As part of the DMCC Crypto Valley, there will be an incubator for startups, co-working facilities, and much more.

Paris St. Germain Football Club has just launched a crypto-token that allows fans to vote on a number of different aspects of the football club.

Whichever Bitcoin Maximalist came up with the term “Shitcoin” for all other coins;

But we all know that the future of Crypto rests with the Alt Coins.

Old, clunky, no security, no smart contracts, no DAPs ….

Is the true Shitcoin.