It seems that Bitcoin has decisively decoupled from gold for the first time in years as the correlation coefficient is dropping fast. In November 2018, Bitcoin price and gold price were inversely correlated, with gold seeing a 12% rally in the following four months while Bitcoin dropped from a high of $6,500 to a low of $3,228 in just one month. 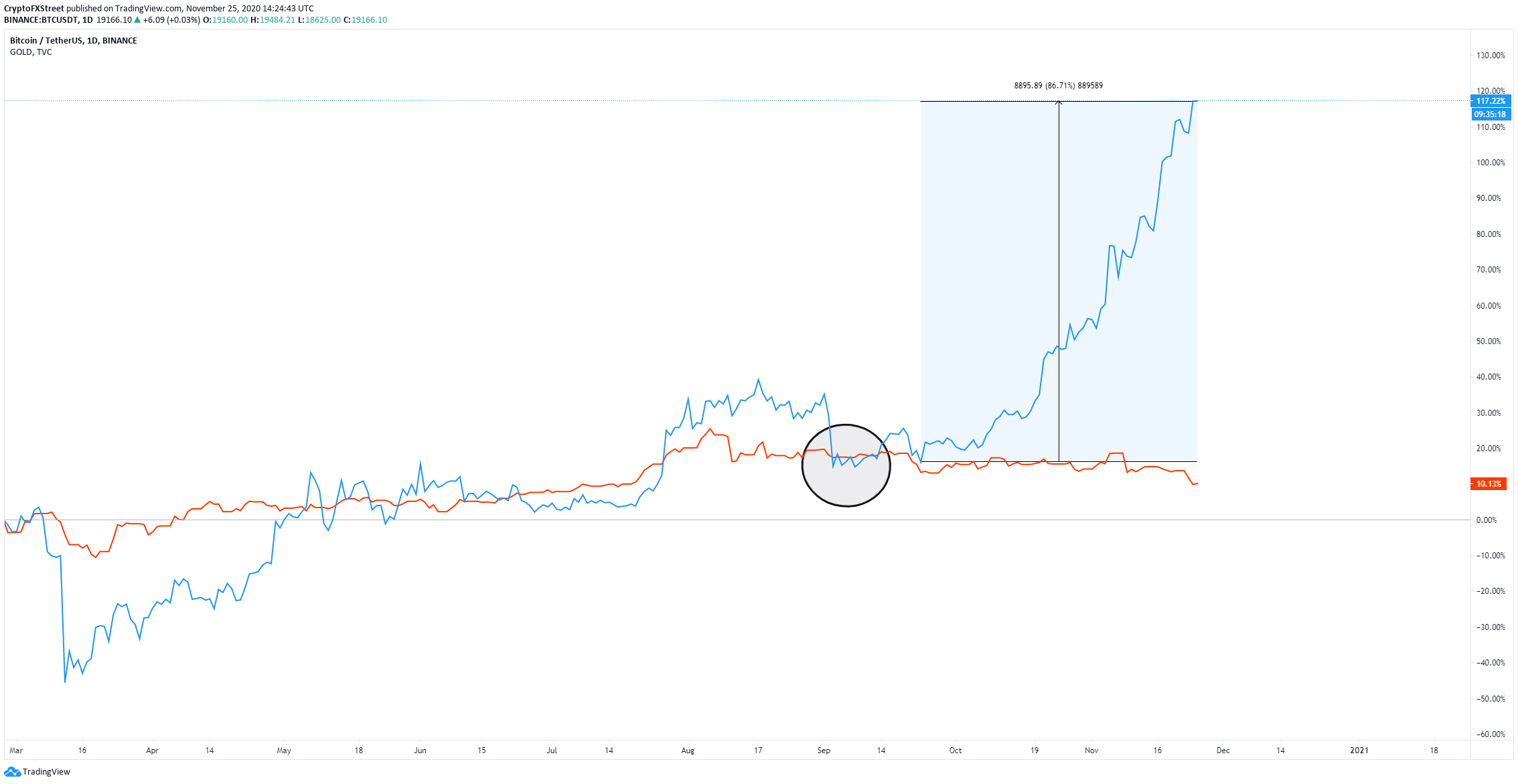 The Ethereum 2.0 staking is gaining traction. The dedicated smart-contract deposit has already received the number of coins required for the developers to start rolling out Beacon Chain, the critical component of the new version of Ethereum protocol, also known as Serenity. However, investors continue pouring money into the project even though their coins will be frozen for an indefinite time.

Zilliqa Price Forecast: ZIL explodes by 45% in less than 24 hours aiming for more

On November 24, Zilliqa price had an initial small breakout above the parallel channel at $0.0251 with a ton of follow-through in the following 24 hours exploding towards a high of $0.036 and still aiming to hit $0.045. 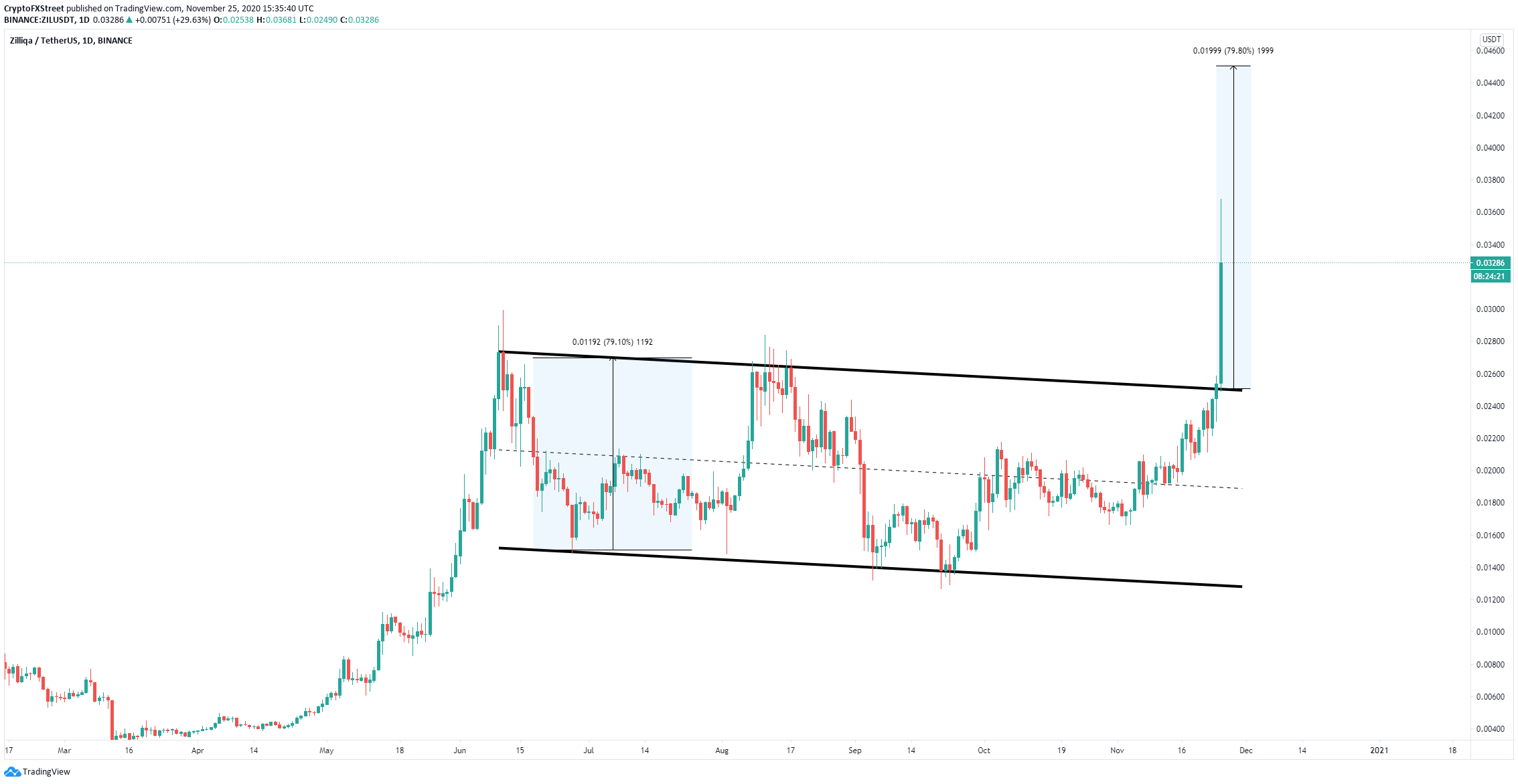 Get the 5 most predictable currency pairs
Previous ArticleFOMC Minutes: Immediate adjustments to pace, composition of asset purchases not necessary
Next Article Tezos Price Prediction: XTZ attempts to breakout but technicals point to a retracement first