The crypto market suffers from a broad-based sell-off on Thursday.

Its been a bit of a bloodbath on Thursday as all of the major cryptocurrencies are trading in the red. Bitcoin dipped back below the 9K mark to hit a low of 8800.00 after a strong wave of selling entered the market. The Relative Strength Index (RSI) has moved into an oversold zone on the intraday charts and on the daily sipped below the 50 mid-line. The next major support level is just above the 8K level at 8106.70.

Ethereum is trading over 6.5% lower but at the moment the price is testing the 55 exponential moving average (EMA) on the daily chart. Unfortunately for the Ethereum bulls, the 200.00 psychological level has been broken to the downside. Although a lower high has been created the wave low is still intact. if 176.43 does break on the downside it could mean a change in the technical trend.

Litecoin has not fallen as much as the other cryptocurrencies mentioned above but the price does trade below the 55 EMA and 200 simple moving average (SMA). The market is close to the 40.00 psychological level. On the daily chart, the RSI has also moved below the 50 mid-point pointing to the fact that more bearishness could be on the way. 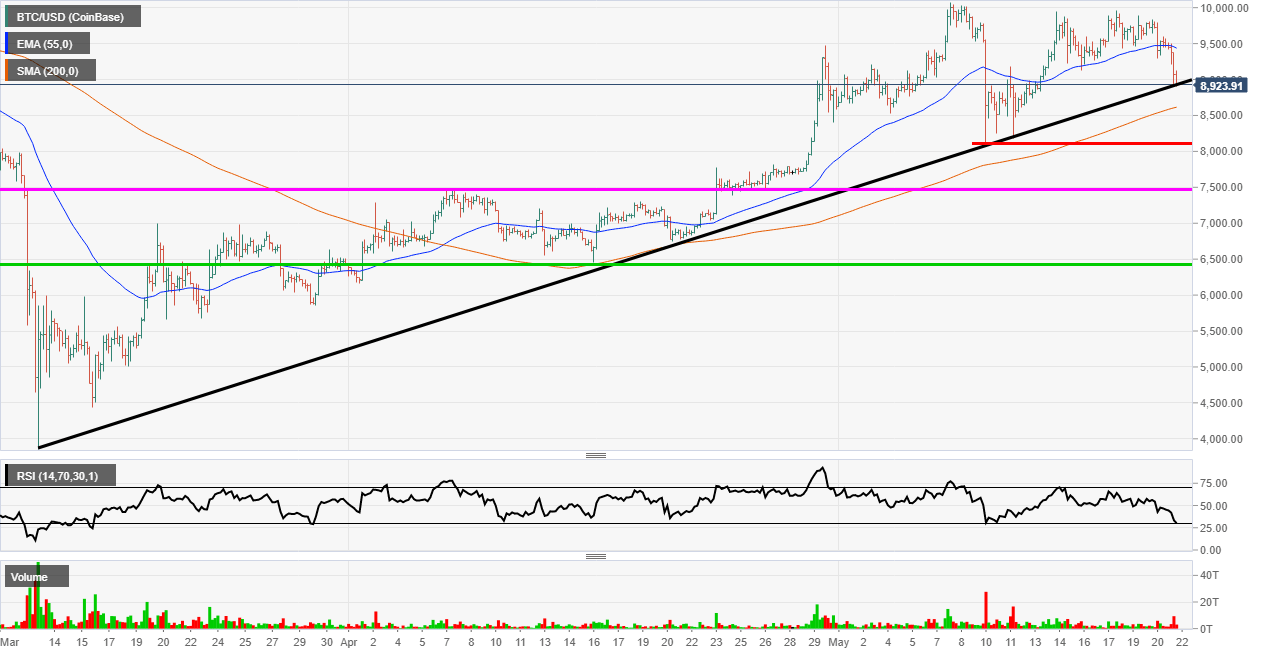 The Binance CEO thinks crypto traders re making a big deal out of nothing.

Someone (most likely NOT Satoshi) moves 40 early BTC, market panics.

The Binance CEO also known as CZ has commented on Twitter today. CZ is making the assumption that BTC traders are dumping their holdings in the wake of the alleged Nakamoto story from yesterday’s session. It was said that one of the earliest miners moved USD 500,000 worth of BTC to a private wallet. CZ then insisted that the traders should be worried about the Fed’s massive liquidity injections into the US economy rather than a movement of coins from a historic wallet.

USD 25 million worth of BTC longs have been liquidated from BitMEX.

According to BTC data company Skew, approximately USD 25 million worth of long positions were liquidated by BitMEX during this drop lower. Obviously millions more would have been liquidated on other margin-enabled exchanges too, alternative crypto data sources suggest. 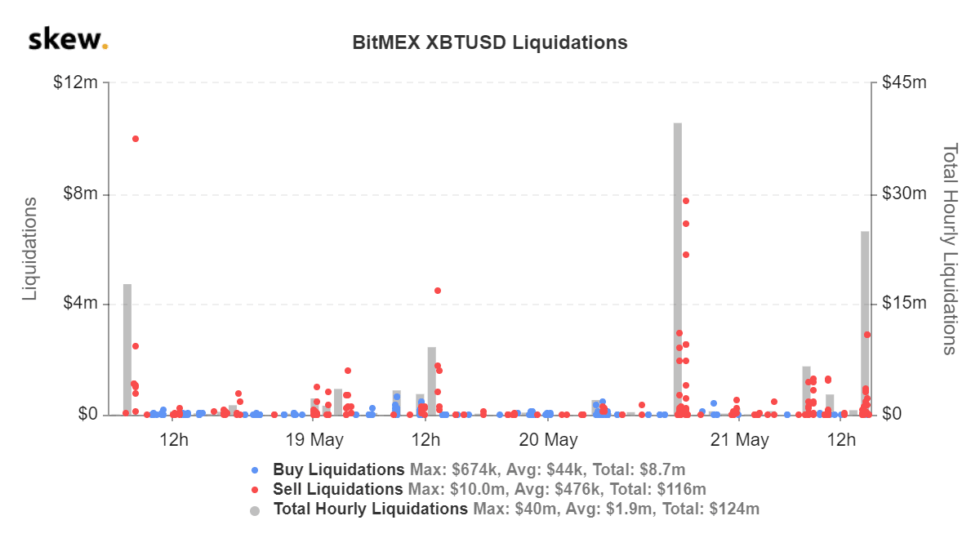 According to CryptoQuant, outflows from mining pools over the past five-sessions have hit 600%. The crypto resource company looked to combine Bitcoin sales from mining pools, and says that data analysis up to 20th May puts this week’s outflow at 7,426 bitcoins, a massive amount. In the period immediately after the halving, miners sold 1,066 bitcoins. Miner revenues have also dropped following block rewards halving, down to 6.25 from 12.5 bitcoins.

US President Trump: There is a lot of ammunition left from Fed and Treasury to help the economy.