Bitcoin price continues to struggle with building bearish pressure at $12,000. All attempts made from Monday to rise and hold above $12,000 have all ended up in losses towards the short term support at $11,800.

Ethereum just like Bitcoin is not able to overcome the resistance at that key level of $400. Trading on Monday brushed shoulders with this seller congestion zone but a reversal occurred with ETH/USD retesting support at $395. ETH/USD is exchanging hands at $392 after a minor 1.2% loss on the day. The low volatility means that rapid price actions will be limited.

Ripple price is the only one among the major coins that are trading relatively in the green having soared above $0.30. XRP/USD is trading at $0.3026 amid a building bullish trend. As reported earlier, Ripple has the potential to contain the price above $0.30 as buyers plan on staging another attack on the seller congestion at $0.31.

Chart of the day: XRP/USD 1-hour

Bitcoin tested $12,000 again on Monday but failed to sustain gains to higher levels as discussed earlier. At the moment, the price is trading lock-step between support at $11,700 and the weekly high at $12,084. The head of research at Bequant, a digital assets broker in London, Denis Vinokourov attributed the spike above $12,000 to leverage. Both short and long positions on exchanges such as BitMEX were liquidated during the spike to $12,084 and the immediate fall to $11,800. According to Vinokourov, “With perpetual rates that are flat to slightly positive, leverage flow will likely try its luck again and look to squeeze into the mid-$12,500 zone. 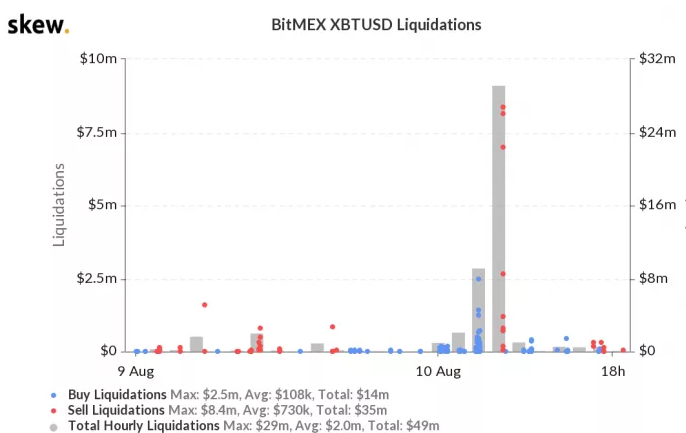 As DeFi booms in the cryptocurrency market, one of the leading projects in the ecosystem, Compound is preparing to launch a decentralized oracle. The Open Price Feed will see the network better manage its lending system. The Oracle is currently in trial on various networks including the Ethereum’s Kovan and Ropten testnet. The live price feeds have also been executed on the mainnet for over ten days now. The system continues to be audited with every new feature that is added. It relies on price feed from reporters (exchanges such as Coinbase) and posters (those who post on the blockchain).

According to Swiss media, the Liechtenstein Financial Market Authority (FMA) has rejected the proposal by the Union Bank to have the CEO of Binance, Changpeng Zhao as a “major” shareholder. The report by the media pointed out that the investment from Zhao would have allowed Union Bank to keep operating and therefore avert closure due to both the financial and legal issues it has been facing. Union Bank intended to rebrand itself into a crypto oriented bank. However, it has been forced to continue with the liquidation process.

Here is what you need to know on Tuesday, August 11, 2020. Markets: Bitcoin price continues to struggle with building bearish pressure at $12,000. All attempts made from Monday to rise and hold above $12,000 have all ended up in losses towards the short term support at $11,800. Meanwhile, BTC/USD is trading at $11,774 after adjusting from the intraday high traded at $11,942. Support at $11,800 continues to keep the selling pressure in check as the bulls focus on breaking the resistance at $12,000. Ethereum just like Bitcoin is not able to overcome the resistance at that key level of…