Here is what you need to know on Saturday 19, September

BTC/USD is trading at $10,851 but attempted to crack $11,000 again unsuccessfully. The bearish rejection is not too strong and the price can still establish a daily bull flag.

ETH/USD established a new higher high but also got rejected from $394. It is currently bouncing off the 12-EMA on the daily chart.

XRP/USD slipped below $0.25 following the rejection from the 26-EMA at $0.255. Bulls will now look to set a new higher low and possibly continue with the short-term uptrend. 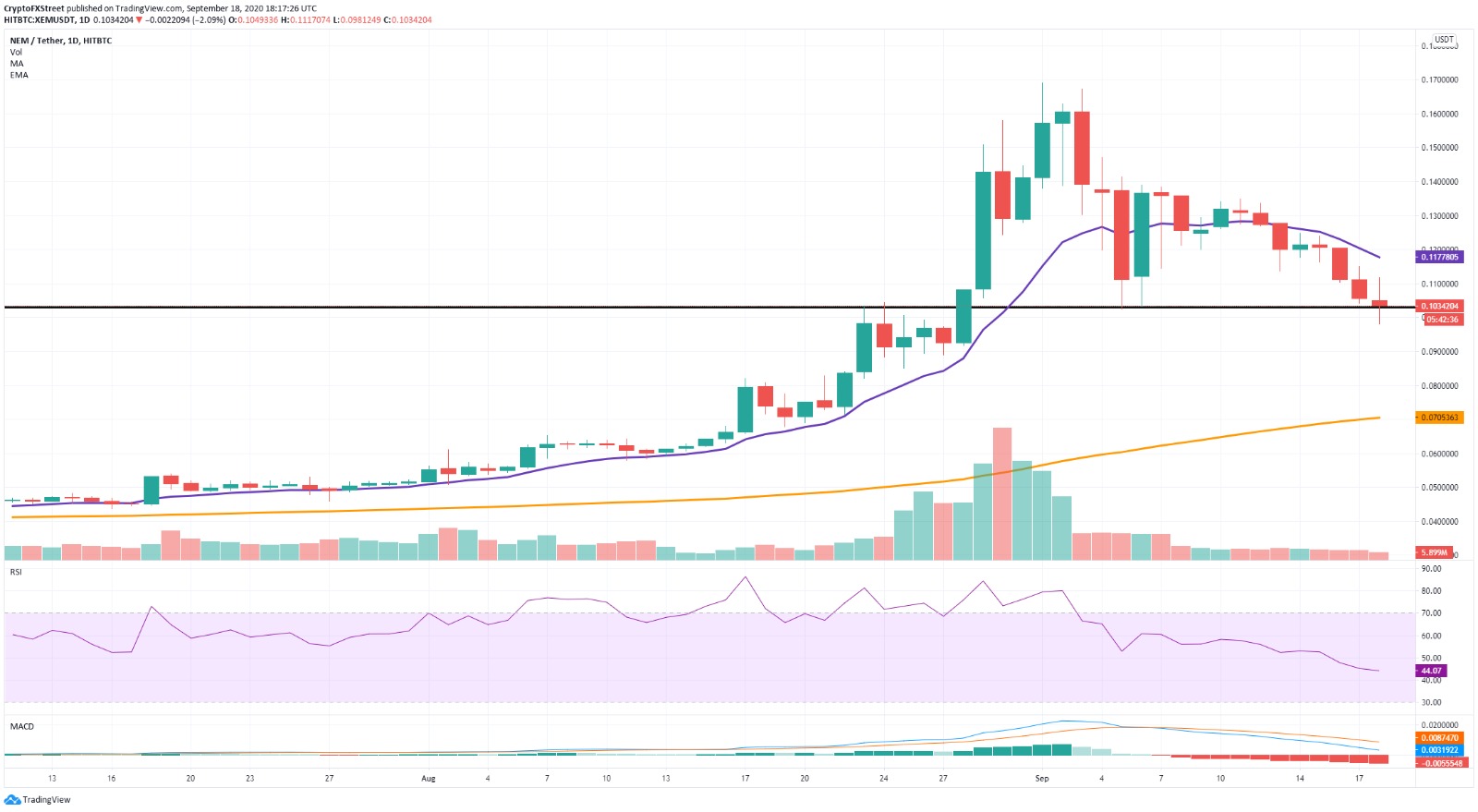 NEM, the enterprise-focused blockchain-based platform announced the launch of a new blockchain called SYMBOL. The mainnet will be launched by December 2020 and all XEM holders have the ability to obtain SYMBOL (XYM) at a 1:1 rate. Following this announcement, Binance posted a new trading competition with a $50,000 prize in XEM.

The competition is set to start today at 0:00 AM on the XEM/BTC and XEM/ETH trading pairs with a $10,000 prize for the first place.

Kraken, after getting approval to become the first U.S. bank has now opened its new official Japanese exchange.

With the launch of this service, it has become possible to provide global services under the world’s highest level of security that Kraken is proud of. When it comes to security, Kraken has the strictest and most advanced management system not only in Japan but also in the world.

SPExchange has stated that it will be released on Q1 of 2021. The new exchange intends to provide customers with a free listing services kind of like building a new ‘Amazon in the blockchain industry’.

With our premium services, we are here to shape emerging technology ideas, support and motivate blockchain startups to thrive by connecting them with the global blockchain community

Blockchain is the tech. Bitcoin is merely the first mainstream manifestation of its potential.

Get the 5 most predictable currency pairs
Previous ArticleThe FT are reporting that Brussels have rejected Johnson’s changes to internal market bill
Next Article Gold Price Analysis: Still sideways leading into next week