Latest
You are at:Home»Crypto News»Dash price on track to reach $400 with little to no opposition ahead

Dash price broke out of a year-long symmetrical triangle pattern in late November 2020. Since then, the price has surged by nearly 200%.

While the bullish momentum shows no signs of slowing down, DASH is likely to experience another leg up that could hit the 330% target at $400.

Dash price tested the symmetrical triangle’s upper trendline thrice before violently surging higher. In hindsight, these bounces appear to have been clear signs of accumulation before the 200% bull rally.

The symmetrical triangle formation forecasts a 330% surge, which is the distance between the price’s pivot high and low, measured from the breakout point.

At the time of writing, DASH is trading at $265 on the 3-day chart gathering momentum to reach its target at $400. 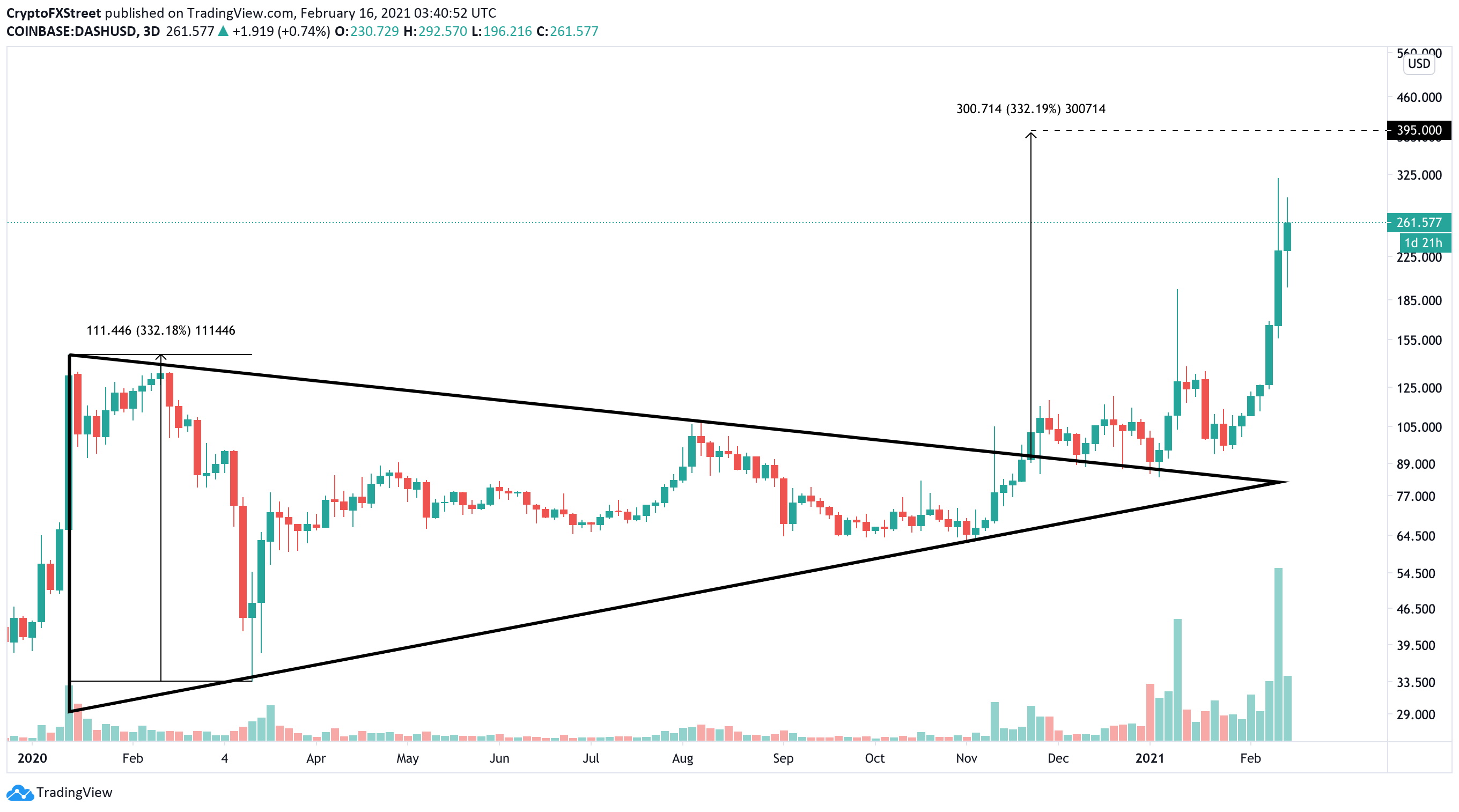 Based on IntoTheBlock’s In/Out of the Money Around the Price (IOMAP) model, there aren’t any credible supply barriers ahead of the privacy coin. Hence, DASH is on a path of least resistance that improves its upside potential.

Adding credence to this bullish outlook is a 1,950% spike in large transactions, worth $100,000 or more, between January 30 and February 15. This on-chain metrics’ jump serves as a proxy of whales’ investment interest in Dash.

Hence, an uptick in these transactions from 47 to 973 saw a simultaneous 130% rise in price.

Any short-term selling pressure will be futile as DASH sits atop a stable demand barrier around the $245 level, where roughly 21,500 addresses hold nearly 410,000 DASH.

However, Global In/Out of the Money (IOMAP) shows that a breakdown of this support barrier could trigger a sell-off to $170 where 110,000 addresses purchased 755,000 DASH.

Get the 5 most predictable currency pairs
Previous ArticleUSD/CAD rebounds from multi-week lows, moves closer to mid-1.2600s
Next Article GBP/USD: A test of the 1.4000 level looks inevitable – MUFG