The Maiar exchange was developed by the Elrond team and has been created to enable traders access to a better user interface, a powerful automated market maker, and better scaling with almost no fees.

MEX will be the first token of the Elrond ecosystem, and it is airdropped to EGLD holders. The exchange launch is targeted to go live on April 30.

“The Maiar exchange is tackling a hard trillion-dollar problem of global significance,” the company wrote in a blog post. “Its ability to easily onboard hundreds of millions of users will rapidly grow it into one of the largest decentralized exchanges in the entire ecosystem.”

Most EGLD holders are eligible to receive MEX tokens, which should increase the interest in the token and thus push up its price.

Elrond price aims for huge rebound if this level holds

On the 3-day chart, Elrond price has been trading above the 12 EMA since November 2020, which means this support moving average is critical. In the last week, EGLD managed to close above this key level again. 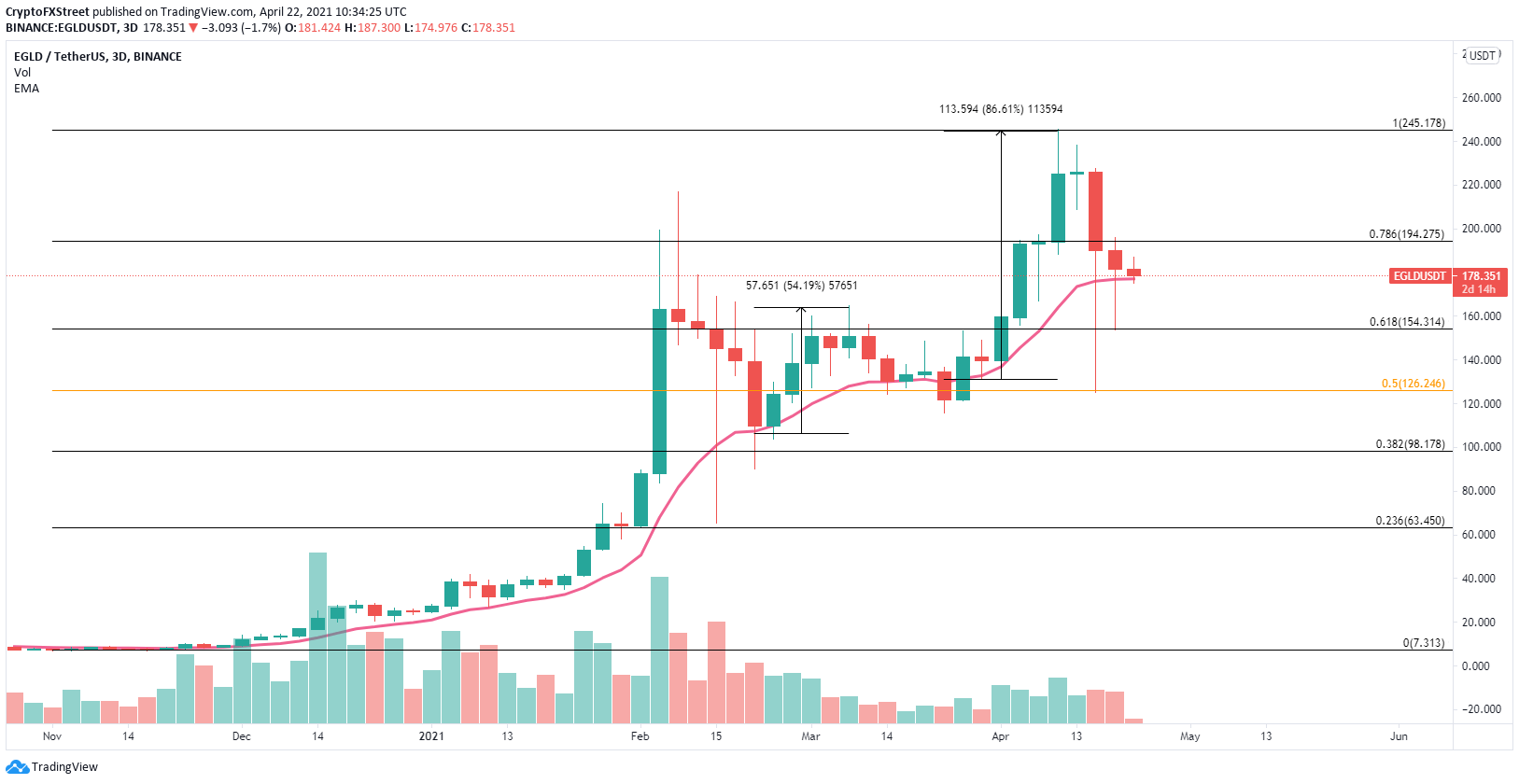 In the last few months, most rebounds from this critical moving average have resulted in massive upswings. A breakout above the 78.6% Fibonacci retracement level at $194 could quickly drive EGLD to the previous all-time high of $245.

Additionally, on the 12-hour chart Elrond has formed an ascending broadening wedge pattern. In the past several months, whenever the Relative Strength Index (RSI) dropped to 40 or below, the digital asset had massive rebounds. 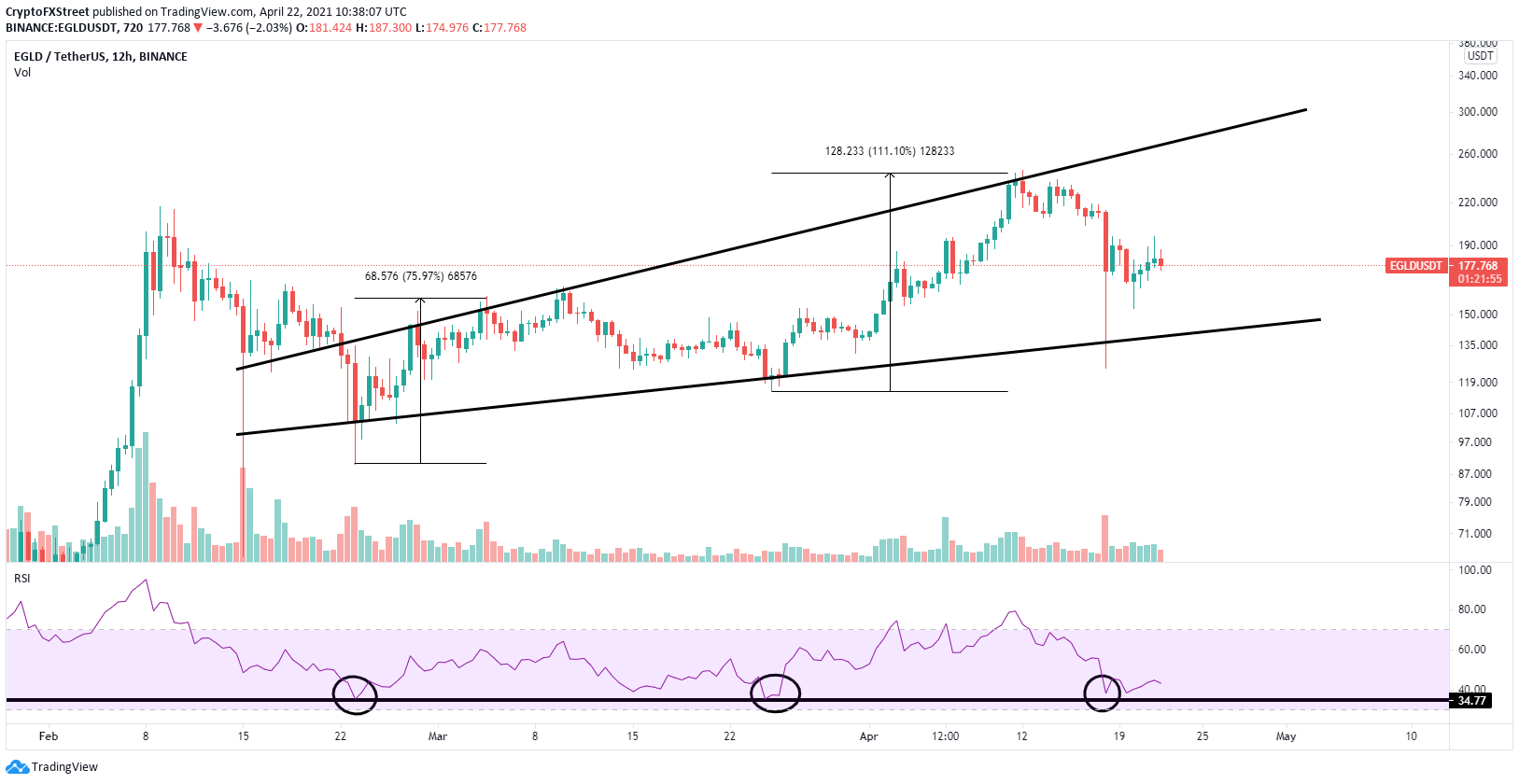 Once again, the RSI crossed below 40, which indicates that EGLD is ready for a rebound. This could quickly take the digital asset up to the top trend line of the pattern at $300.

Get the 5 most predictable currency pairs
Previous ArticleUSD/CHF trades with modest losses around 0.9160-55 area, seems vulnerable
Next Article S&P 500 Index holds off support at 4119 to keep the risk higher – Credit Suisse