The Enjin Coin price awaits a clear to establish as buyers and sellers fight to take control.

The Enjin Coin price is stuck trading between two stable barriers creating equal highs and lows. A flat parallel channel is formed when the swing highs and series of lows are connected using trend lines.

Since this pattern has no bias, a breakout will be crucial in setting up a clear trend. Therefore, a breach of the upper trend line at $2.65 will signal the start of a new uptrend. However, if the demand barrier at $1.99 is shattered, a downswing will ensue.

At the time of writing, the Enjin Coin price seems to be supported by a confluence of the 100 Simple Moving Average (SMA) at $2.32, and the SuperTrend indicator’s buy signal spawned on March 24.

Thus, a bounce from this level could result in a 15% upswing toward the upper trend line or the State Trend Resistance at $2.65 set up by the Momentum Reversal Indicator (MRI). 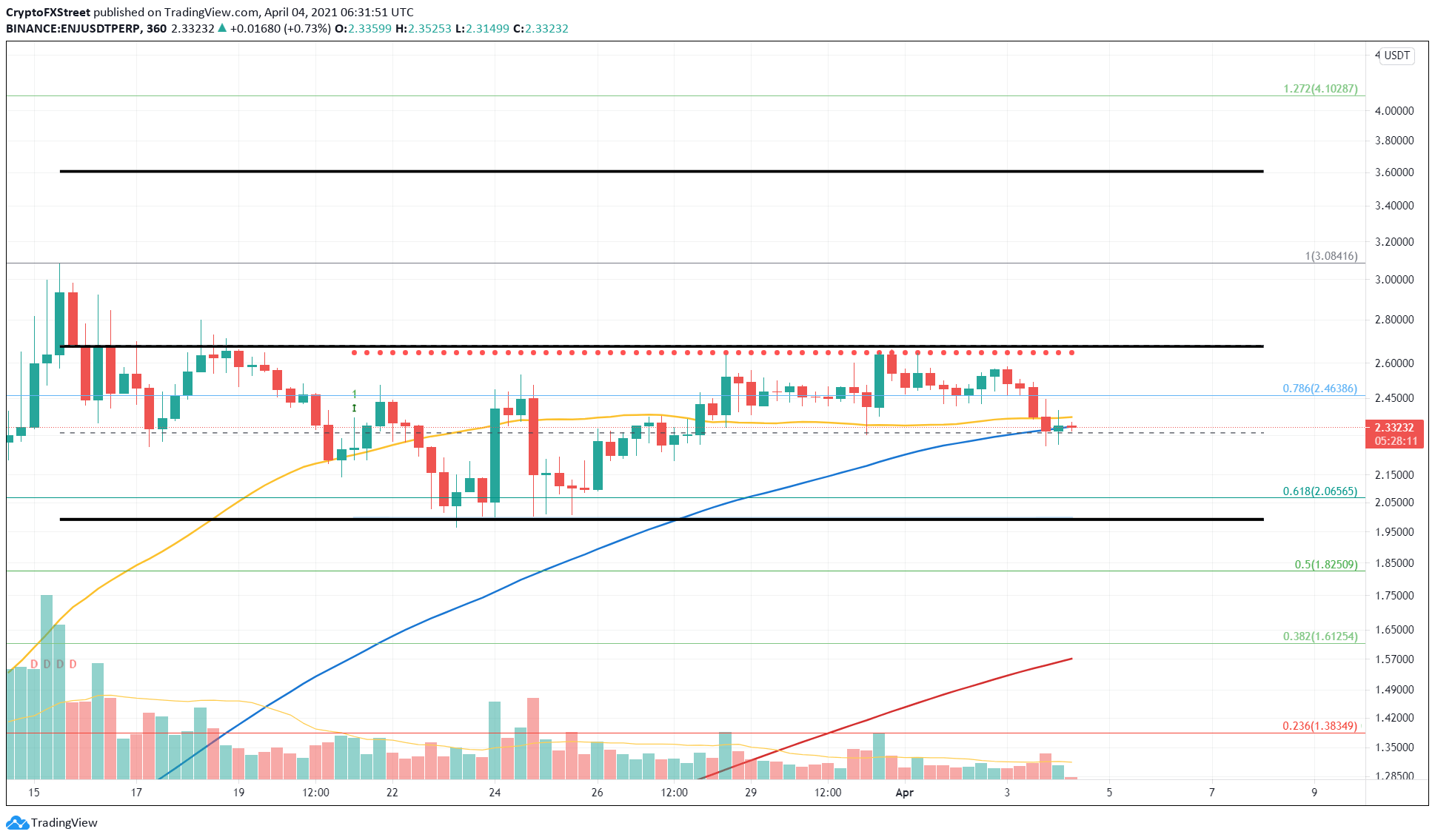 Supporting the bullish outlooks is the addition of four new whales to the ENJ network since April 3 who have joined 395 other investors that hold 100,000 to 1,000,000 ENJ tokens. This increase affirms a positive outlook for the Enjin Coin price.

The number of daily active addresses has grown by 35% since March 26 to where it currently stands, 2654. This spike imitates retail investors’ interest in the asset at the current price levels.

Despite the bullish momentum, if sellers prevent the Enjin Coin price from growing beyond the upper trend line, a reversal could be underway. Additionally, if the sellers slice the flat channel’s middle line, ENJ could collapse 15% toward the demand barrier at $2.60, coinciding with the 61.8% Fibonacci retracement level.