Enjin Coin price seems to have hit a brick wall and suggests depletion of bullish momentum. Now, ENJ is at an inflection point as both the buyers and sellers fight to take control.

Enjin Coin at a make-or-break moment

Enjin Coin price has risen 235% in the first week of March and more than 1,400% in year-to-date returns. After such a massive parabolic rally, ENJ seems to have run out of bullish momentum after hitting a new all-time high at $1.94.

Interestingly, the $1.94 level coincides with the Momentum Reversal Indicator’s (MRI) “breakout line.” This blue solid line on the daily chart represents a strong uptrend seen so far. A decisive close above this level will see a continuation of the bull rally. However, a rejection here could result in a reversal of the trend to the immediate demand barriers.

The daily candlesticks formed after getting rejected at MRI’s breakout line were correction candles and hints at a continuation of this pullback. 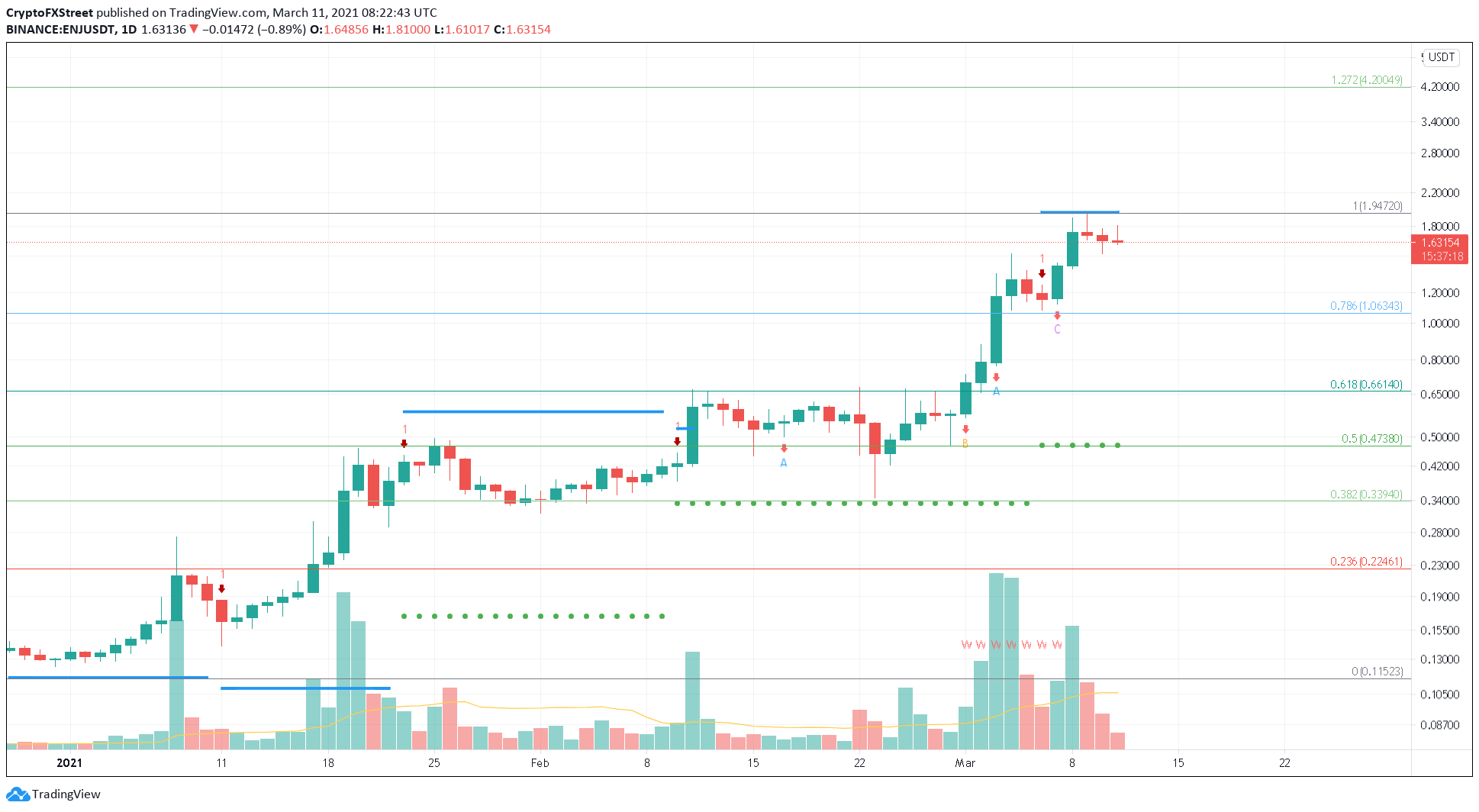 According to IntoTheBlock’s In/Out of the Money Around Price (IOMAP) model, there are two stable demand barriers present below ENJ’s current price. The first support level that ENJ sellers will encounter is $1.63, where 2,300 addresses have purchased roughly 32 million ENJ tokens. If, for some reason, this barrier is breached, then Enjin Coin price will head to $1.49, where 32 addresses hold 45 million ENJ.

Although unlikely, a massive spike in selling pressure could invalidate these barriers and drag Enjin price down to the 78.6% Fibonacci level at $1.06.

However, investors need to note that a resurgence in buying pressure leading to a daily candlestick close above the breakout line will trigger a FOMO among retail buyers. In this scenario, Enjin Coin price could quickly surge towards the 127.2% Fibonacci level at $4.2, mostly due to the presence of little-to-no resistance ahead.