Latest
You are at:Home»Crypto News»EOS community struck with constitutional crisis; EOS/USD down 5% on the daily basis

EOS/USD is changing hands at $7.37, losing nearly 5% on a daily basis amid global bearish sentiments on cryptocurrency market and growing scandal within EOS community. EOS market value is registered at $6.5B; the average daily volume is $715M, notably higher from Thursday’s $500M.

EOS has had a rough start. Launched just two weeks ago, it found itself in the midst of a scandal and a  full-blown constitutional crisis, while Block.One, the company behind the project, proposes to scrap the rules governing users behavior and replace them with the new ones.

EOS Core Arbitration Forum (ECAF), a body created to solve disputes among the participants, froze 27 accounts as their keys were allegedly stolen, but the decision drew criticism of so-called block producers who maintain the ledger.
“Damage to the community from ECAF is greater than funds we hope to restore to users,” Block.one CTO Dan Larimer said on Telegram.

Looking technically, EOS/USD is limited by 50-SMA and 100-SMA (hourly chart) and $7.7 and $7.8 respectively. These levels create local resistance area ahead of $8.00 handle (78.6% Fibo retracement). The coin needs to move above this barrier to get a chance for an extended recovery with the initial target at $10.0 On the downside, a sustainable movement below $7.00 will intensify the sell-off towards $5.8 (April 11 low). 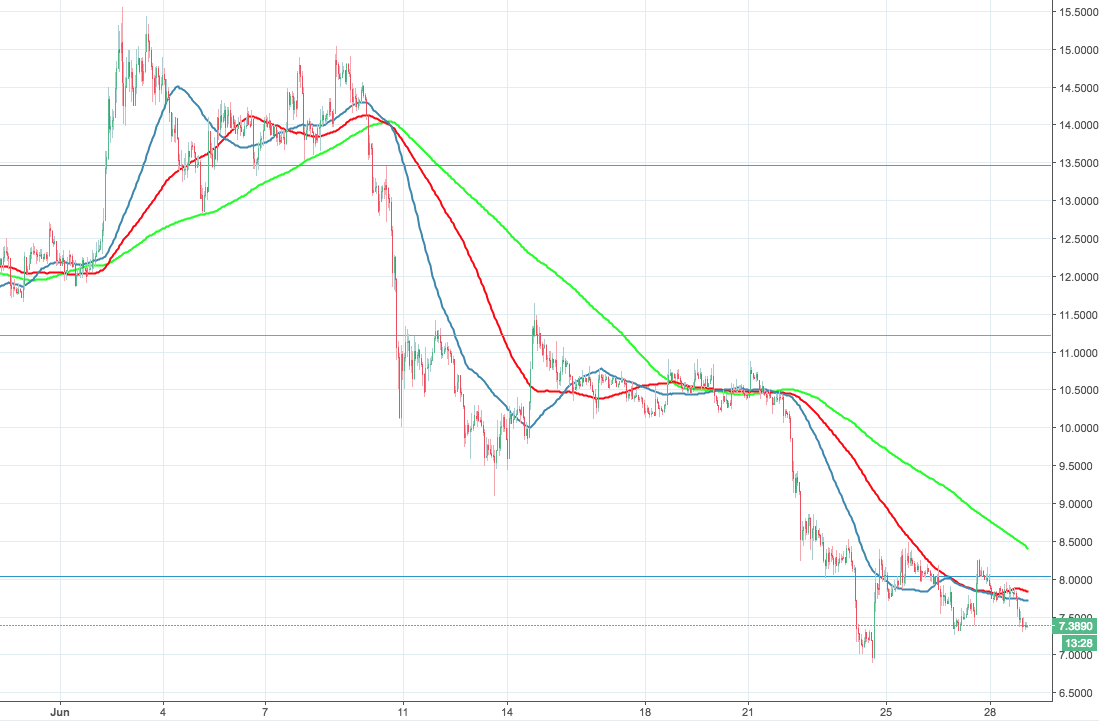