It looks like Ethereum whales are on the move. Santiment, the cryptocurrency behavior analytics platform, noted that the top 100 Ethereum non-exchange addresses, aka whales, now hold 27.85M ETH combined.

That’s a pretty steep rise from two months ago when these addresses held around 21.74M. It looks like they are making the most of low prices to consolidate their position. However, what exactly are they doing with their holdings?

Let’s look at the token velocity.

It looks like there has been a sharp dip in velocity since this Tuesday. Since velocity and token movement are directly related to each other, this means that instead of buying and selling ETH for short-term gains, the bulls are hoarding their ETH and either storing them in their wallets or staking them in DeFi contracts.

As you can see, there has been a sharp increase in the total value locked (TVL) in DeFi smart contracts. The value locked has jumped from $6.30B to $9.56B over the last 24 hours. 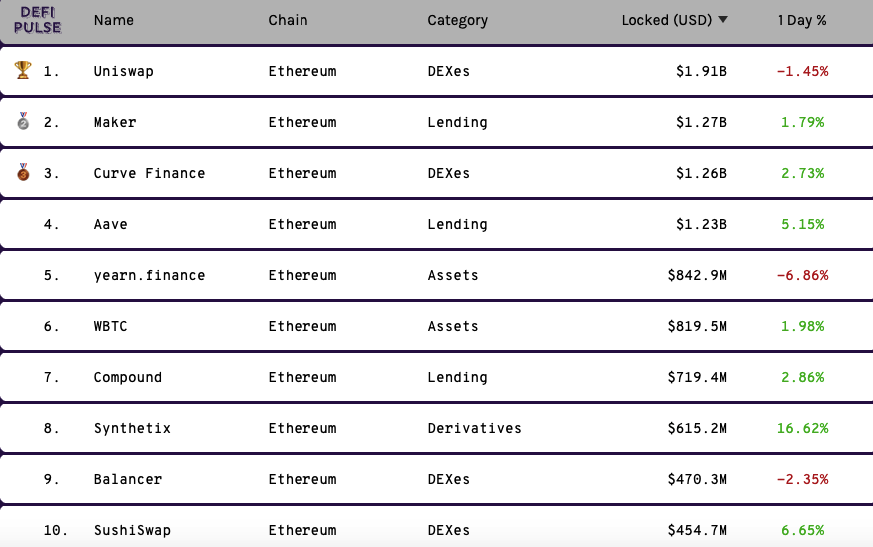 Over the last 24 hours, three protocols have seen a marked rise in TVL – Synthetix, SushiSwap and Aave (LEND).

Despite the whale’s actions, the short-term price outlook remains bearish. As previously reported, ETH has charted a head-and-shoulders pattern, which will trigger a further bearish movement. The price will break below the $337 support level and fall to the $320 line. The MACD shows increasing bearish momentum, which will further help the sellers.